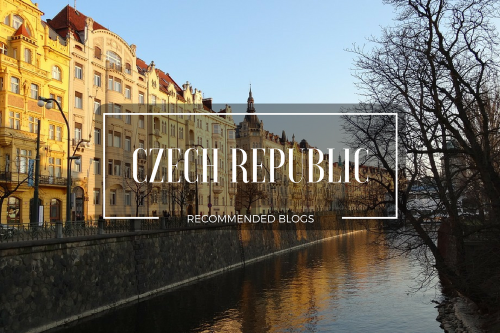 At Expat Focus, we like to be on the lookout for resources around the web that could help prospective expats adjust to their new countries. Today, we’re taking a look at Czech Republic and some of the blogs that might be useful for expats there.Tales From Urban Bohemia
http://www.adventurings.com/

The overseas adventure began for English teacher Cynthia and her husband Alex in 2012 and they’re still going strong; living in české budějovice in southwest Czech Republic after a couple of months in Prague. Check out Cynthia’s posts on exciting places to visit locally, in Prague and surrounding areas. Must-reads include ‘Things to know before moving to the Czech Republic’ and she also has a great piece on how to move to the country to teach English. With a 3+ year archive of travels, personal highlights and milestones that are well-organised, there’s a plethora of adventures, recommendations and learnings to browse through.

An Anglican in Prague
http://rickyyates.com/

Having moved from the UK countryside to Prague eight years ago, Ricky has hundreds of posts to explore offering his unique perspective of expat life as a clergyman. Along with reflections on ministering to English-speakers from all over the world at St Clement’s English speaking church, Ricky shares some very amusing anecdotes. Don’t skip ‘Living in a flat in the Czech Republic’ and posts on his Czech and British bureaucratic adventures. He also writes about his frequent travels.

What’s life like for an American, married to a Czech man and living in a small village outside Prague with two little ones? ‘Expatova’s’ tales of the funny, strange and sometimes philosophical aspects of living abroad include amusing interactions with her neighbours, adventures in learning – and speaking – the Czech language and the perils of being a ‘foreign mother’ with bilingual children. There are heart-wrenching, reflective posts as she says goodbye to her ailing dad from a distance, and some very useful insights on Czech healthcare and traditions, based on her own experiences.

Beyond the Czech Capital
https://beyondprague.wordpress.com/

Kevan relocated to the Czech Republic from Canada more than a decade ago. Calling the country’s second-largest city of Brno home, he aims to share a wider picture of the nation; what you’ll discover if you venture beyond Prague. From individual regions to chateaus, art and architecture and food and drink; there are plenty of posts for those looking for destinations other than the capital. Kevan also has a handy collection of relocation-related links covering Czech culture, signage, language resources, visas, residency, citizenship information and more.

A Brit in the Czech Republic
http://czechproperty.blogspot.fr/

British woman Zoe Brooks owns an old farmhouse near Cesky Krumlov and spends much of her life there, writing novels and travel guides, sharing her love of the Czech Republic. Her involvement in the tourism industry is reflected in her blog which spans more than a decade, and contains fascinating history reads and destination guides. Not unlike many British expats in Europe, the impact of Brexit and the plummeting pound has seen her change her business plans, but Zoe says she is not giving up on the Czech Republic or her blog, which should enthrall readers for a long time yet.

54 year-old Australian teacher Carolyn Woulfe moved to Prague alone but for her mini-schnauzer Lola after living with her family in Hong Kong for eight years. Europe was calling, and she has been dutifully discovering it. Her initial posts give those looking to relocate a taste of what they’re likely to experience as they settle in to the Czech Republic and discover how ‘everyday life’ works. Carolyn also provided a detailed account of the Czech healthcare system as she underwent laser surgery, and you’ll enjoy seeing the city of Prague through her (now-corrected) eyes.

This American couple packed their bags, rented out their condo and moved to Prague a few years ago to work in an international community, expand their horizons and travel. The ‘Czechesotans’ are sure to entertain you with their stories of expat living and travelling in and beyond the Czech Republic. Delight in their home exchange experiences and explore their amusing list of Czech things that they find intimidating.

Ben and Clara Run Away From Home
http://benandclararunawayfromhome.tumblr.com/

An outdoors-loving couple hailing from Canada who moved to Prague for “a crazy new adventure,” They’re teaching english as a foreign language and travelling of course. Click on ‘archive’ on the left to explore their extensive collection of snapshots and accounts of their travels as they tick off destinations on their bucket list. A great blog particularly for outdoors lovers, and those not so interested to read lengthy posts.

Christoph curates a unique expat blog about weird things in the Czech city that catch his eye; like the two bronze statues in the courtyard of the Hergetova cihelna that are peeing into a basin shaped like the Czech Republic. Discover his 7 weird facts about Kafka, Prague’s poetry jukebox and read about the city zoo that is selling elephant urine. If you’re looking for some ‘off the tourist trail’ sights and interesting tidbits about Prague, you’ve come to the right place.

Danny Gibson is an English guy now living in the western Czech city of Most. Before moving, he says he lived an unhappy and unfulfilled life, despite a colourful career as a Radio Presenter and Station Programme Manager. He now teaches English and curates a blog about all the things to do in “the real Czech lands” – from Hněvín Castle to a water park, horse and car race tracks.. is there anything this city doesn’t have? As Danny says, it’s not all about Prague, you know.

We’re always on the lookout for more sites to feature – if you run a blog about living in Czech Repulic, leave us a link in the comments and we’ll take a look!