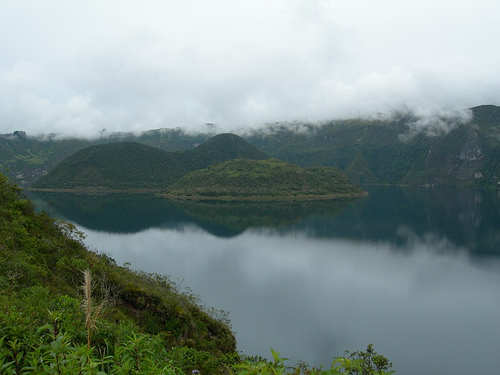 Ecuador is a multicultural country with one of the highest representations of indigenous cultures in South America. Covering just 283,560 sq. km of area in the northwestern part of South America, Ecuador may be a small country, but it’s known for its remarkable diversity. The country’s official language is Spanish, but thirteen indigenous languages are also spoken. The vibrant culture, along with other factors such as natural beauty and pleasant climate, make Ecuador an attractive destination for expats.Foreigners from across the world, ranging from retirees to young professionals, consider Ecuador a dream location. It’s also a great place to raise a family, and if you’re among the many who will be moving to Ecuador with children, here are some points to keep in mind.

The income requirements for getting a visa for Ecuador are lower compared to many other Latin American countries. The process also costs less due to a much shorter turnaround time of about two to four months. Family members of expats with resident visas can apply for the Economic Dependence or 9-VI Visa. Immigrant or resident visas are issued for an indefinite duration of time as long as the specific requirements are met.

Manta, along the beautiful Ecuador coastline, is a small beach town that is popular among families, both tourists and residents alike. With miles of unspoiled beach and a chance to be away from the bustle, Manta also provides all the basic amenities. Working expat parents may prefer to live in cities like Quito, Guayaquil, and Cuenca.

The public education system in Ecuador is well developed and has improved steadily over the years. But most expats may not be able to send their children to public schools since fluency in Spanish is required. The alternative is international schools, of which Ecuador has quite a few. Most are located in Quito, such as the Academia Cotopaxi American International School (offering the international baccalaureate (IB) program), British School Quito (following the National Curriculum of England and Wales), and Alliance Academy International (based on the U.S. style of education). Like in international schools around the world, the fees can be on the higher side.

Ecuador is a great place for kids to grow up and there are plenty of interesting activities that will keep them engaged. In Quito, there’s Parque El Ejido, a lush green space with playground equipment that also has a reptile zoo nearby. The Museo Aeronautico de la FAE, or Aviation Museum, in Quito is where children can marvel at the old planes displayed in outdoor exhibitions. The city also houses the famous Galapagos Tortoise at the Guayllabamba Zoo.

For expats raising their family in Cuenca, there is Parque de la Madre and Parque Paraíso, both pleasant locations for an evening out with kids. Along the coast, there is Salinas, a small city right by the ocean. There are water sports for kids with a variety of family-centric shops and restaurants. Also on the coastline is Guayaquil, where children can visit Parque Bolivar, which has almost a dozen land iguanas.

Expats thinking about moving to Ecuador often worry about personal safety. The country does face some problems with criminal activity, but this does not make it an entirely unsafe place for foreigners. Most of the crimes relate to robberies and petty theft. Expats are advised to take basic precautions such as not carrying valuables out in the open and avoiding isolated neighborhoods.

There are no specific threats to children’s safety, but here too, expat parents are advised to exercise general caution such as being careful when out at night or walking through parks after dark. Parents may also need to teach children to be careful around traffic, as drivers in Ecuador can be aggressive. There also aren’t too many measures to ensure pedestrian safety in Ecuador.

Another area of concern is that of health. The sanitation levels in certain areas may be low and children may have to learn how to stay protected against contaminated water and also to wash their hands more often than they may be used to. But these concerns are likely to ease once families move beyond the initial adjustment period and settle into daily life in Ecuador.