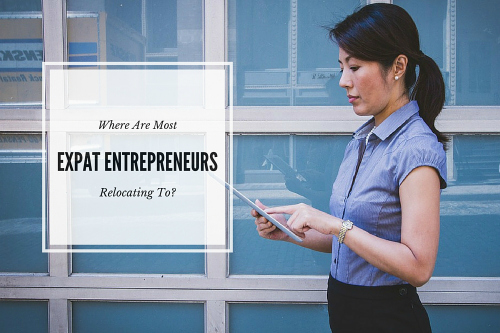 The number of expats around the world has been steadily growing for years, and with the extent of globalization and mobility that we have today, as well as the rise of new economies in Africa, Asia, and South America, this is a trend that only seems set to continue.According to The Association of Americans Resident Overseas, for example, an estimated eight million US citizens are currently living abroad in more than 160 different countries, a considerable increase from only a few years earlier. In addition, another trend that seems likely to intensify is that of more and more people moving their own businesses abroad, rather than taking up overseas jobs or being sent on assignment by their current organizations. In fact, many expat businesspeople are not just moving or expanding existing businesses, but are moving abroad to start new businesses.

Among millennials in particular, there is an increasing tendency to work independently, whether as freelancers, consultants, or entrepreneurs. Considering the increases in both the number of people who want to live abroad and the number of people who are getting into entrepreneurial ventures, it’s clear that the numbers of expat businesspeople around the world are going to keep increasing. However, where are they all moving to?

There are a number of different regions that are drawing in expat entrepreneurs, but the three main areas seem to be North America, Europe, and the Middle East. According to a report on trends in global relocation released last year by Cartus, these three regions saw the biggest increases in relocation volumes in 2015.

China comes next, which is of course not surprising, since it is a growing force in the global economy. Brazil, as one of the world’s fastest growing major economies, is another country that has started to attract large numbers of expat businesspeople. Hong Kong and Singapore continue to be attractive locations for entrepreneurs because of how business-friendly they are, and New Zealand has been growing as an expat destination in general, but more specifically as a place to do business; however, these places pale in comparison to the major locations, at least in terms of relocation numbers.

There is of course also a lot of exchange going on, with most of these places simultaneously drawing in and sending out expats. North America and Europe, for example, while continuing to be huge expat destinations, also have large numbers of their own citizens leaving in order to live and work abroad, which leads to a substantial exchange.

Here’s a closer look at the places that expat businesspeople are relocating to. 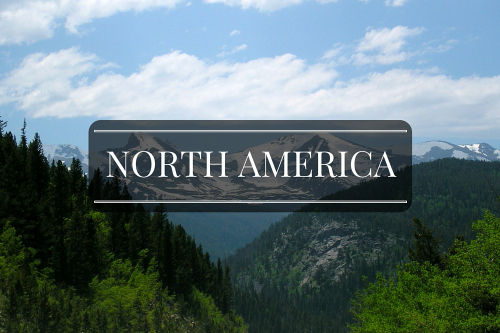 North America saw the largest increase in relocation volumes in 2015, according to Cartus’ report. Both the US and Canada draw large numbers of expats from all over the world, but in many ways, Canada is actually the more attractive and satisfying option. In the HSBC report based on its Expat Explorer 2015 survey, Canada placed sixth, taking into account factors like economics, careers, work-life balance, quality of experience, and family life.

The country is known for its diversity and progressive values, and expats say that it is the most welcoming and inclusive destination in the world. On practically every parameter that matters to expats, Canada scores extremely well. The HSBC report doesn’t specifically talk about expat businesses in Canada, but in the World Bank’s Doing Business 2016 report, the country comes in at a very respectable 14th place.

Starting a business in Canada is extremely quick and painless, and because of the infrastructure, the streamlined systems, and the relative lack of corruption, expats also find it easy to run their businesses here. Another benefit is the legal system, which functions smoothly and makes conflict resolution and enforcement of contracts easy. The Canadian market is highly competitive, but because it is also stable and robust, expats tend to be confident and hopeful about running businesses here.

The US shares many of the same traits as Canada, and also continues to attract huge numbers of expat businesspeople, in spite of all the political and economic turmoil of the last 10-15 years. The country ranks slightly higher than Canada in terms of the ease of doing business (coming in at seventh place in the Doing Business 2016 report), but slightly lower as an expat location on the whole (coming in at 12th place in the Expat Explorer 2015 report).

Expat businesspeople in Canada and the US have the added benefit of access to two whole markets and economies – both countries have immigration and economic policies that make it easy for businesses to operate across their borders, and millions of big and small businesses do so. 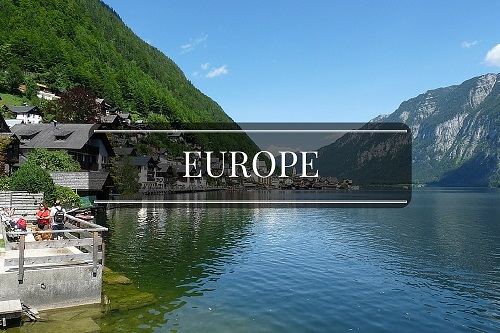 If you look at almost any report evaluating various parameters of life around the world, the top ten consists largely of European nations. In the Ease of Doing Business index, the top ten includes Denmark, the United Kingdom, Sweden, Norway, and Finland; the Expat Explorer 2015 report has Sweden, Germany, and Switzerland in its overall top ten, and many others rank highly in specific parameters.

Spain, for example, is at second place in terms of the expat experience. In spite of the turmoil in places like Greece and Spain over the last few years, most European countries offer a quality of life that is among the best in the world. The OECD’s Better Life Index has Norway, Sweden, Denmark, Switzerland, Finland, and the Netherlands in its top ten, and the World Happiness Report roughly reflects these rankings.

Naturally, the combination of a high quality of life, strong and stable economic climate, and a supportive, enabling environment for business attracts many expat entrepreneurs to Europe. Many of the expats in the region have simply moved from one European country to the other, but there are also thousands from other parts of the world.

The city of London is specifically mentioned in the Expat Explorer 2015 report as a great place for expat entrepreneurs due to its business environment and culture, the country’s strong economy, and the quality of life. However, there are plenty of other locations in Europe that are attracting expat businesspeople, depending on the kind of business as well as various combinations of factors that are highly personal, such as the local climate and culture. 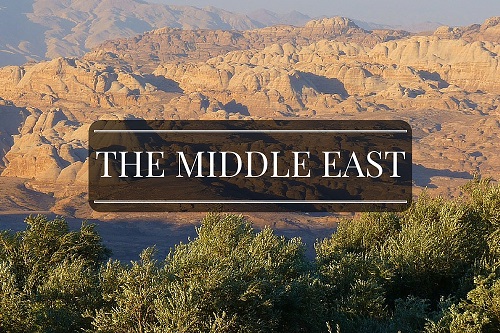 The Middle East has traditionally attracted expats because of the generous employment packages that most companies in the region offer their employees. However, over roughly the past decade, and increasingly over the last couple of years, the region has also been attracting more and more entrepreneurs. The main business hub in the Middle East is the United Arab Emirates, and in particular, the city of Dubai. This is one of the largest business hubs in the world, and is also probably the biggest expat destination in the region, offering expats an excellent quality of life that is comparable with almost any other developed nation.

However, other cities in the region are also attracting expat entrepreneurs – for example, Cairo in Egypt and Beirut in Lebanon. While there are challenges that must be overcome in such places, due to the economic and political turmoil, the cultural differences, the poor infrastructure, and the often painful bureaucracy, these locations also provide exceptional opportunities to expat businesspeople. The fact that many sectors and markets in the region are only just beginning to develop means that entrepreneurs who set up shop here are entering an environment without too much competition, and with almost endless opportunities for growth.

However, the UAE remains the most business-friendly destination in the Middle East, and most expat businesspeople in the region choose to be in Dubai. Although the UAE isn’t in the top ten in the Ease of Doing Business index (it ranks 31st), the report does mention lots of positives in terms of streamlined processes, efficiency, digitization, legal redress, and so on, with further improvements being made by the local authorities.

The Expat Explorer 2015 report mentions Dubai as one of the four best places in the world to be an entrepreneur, due to its thriving economy, its political stability, its infrastructure, and its culture and business environment. The country as a whole places ninth in the report’s rankings, but Dubai is typically rated higher than all the other Emirates in almost every area, from economics to infrastructure to family life. 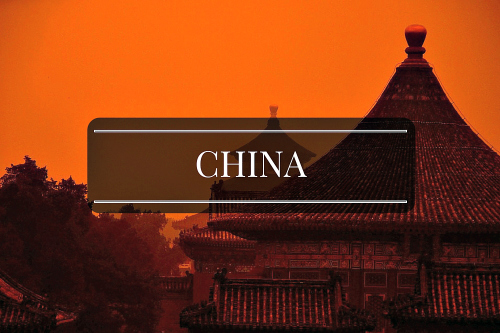 Although the nearby city-state of Singapore and China’s own autonomous territory of Hong Kong have traditionally been the main hubs for expats in the Asian region – particularly for expat entrepreneurs – China’s importance has become impossible to ignore over the course of the last decade. In spite of the language and cultural barriers, the often poor infrastructure, and several other problems like congestion and pollution, more and more expats are coming to China to set up businesses or expand their existing businesses.

The Chinese government is increasingly keen on bringing in foreign entrepreneurship and investment, and is doing a lot to encourage expat entrepreneurs to come to the country, including reducing the country’s notorious bureaucratic wrangling and offering financial incentives.

Even beyond government regulations, policies, and incentives, in terms of the wider business culture, China has a lot to offer expats. Shanghai is the finance hub that has been attracting foreign businesspeople for years, and the Shanghai Free Trade Zone has played a major role here; however, Beijing, which is typically seen as the cultural capital, has also developed a strong startup culture, which is even more attractive to young entrepreneurs from around the world. Other cities that are attracting expat business include Guangzhou, Chengdu, and Shenzhen, which are more focused on manufacturing, but are increasingly diversifying and developing.

China remains a difficult place to be an entrepreneur – it ranks 84th on the Ease of Doing Business index, behind places like Jamaica, Qatar, and Morocco. In terms of the overall expat experience too, China is certainly not among the best – the Expat Explorer 2015 report places the country at 27, which isn’t terrible, but is closer to the bottom than the top. However, the opportunities that are available here seem to be enough to draw in expats who are willing to deal with the challenges that accompany them. 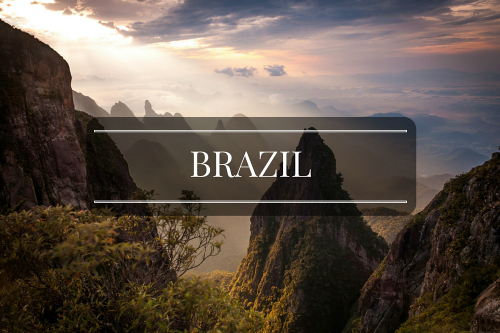 Brazil is another country that poses a lot of challenges for expats, but also offers massive opportunities. The OECD Better Life Index places Brazil near the bottom, at 32, and the country comes in last in the overall rankings of the Expat Explorer 2015 report. Brazil’s bureaucracy is one of the problems that expat businesspeople grapple with, and it is intertwined with the other huge problem: corruption. In fact, corruption is often described as Brazil’s biggest problem, and a huge impediment to growth and penetration of global markets. The country’s economy has also stagnated since around 2010, and there has been a considerable amount of economic and political turmoil.

However, in spite of all this, Brazil is increasingly being seen as an exciting place for businesspeople, especially for expat startups. The majority of expat entrepreneurs in Brazil come from the United States, but quite a few come from its closer neighbors and from other parts of the world too. The country has the largest economy in the region and the eighth largest economy in the world, and while there are many problems that need to be dealt with, experts predict considerable growth here over the coming decade. The country already has a huge manufacturing sector, and with a growing middle class that already makes up more than half its population, it also has growing consumer goods and technology sectors.

Have you started a business in any of the places listed above? Share your experience in the comments!