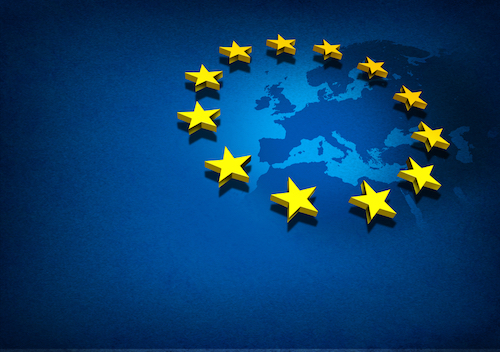 The Brexit vote was a monumental event for the UK, and the divorce has been a messy process so far, with plenty of debate on who gets what in the aftermath. One of the main problems is the UK government can’t decide exactly what it wants. As the Conservative Party debates whether to remain in or out of the customs union, the EU looks on, waiting for some solid answers as the days tick by. Currency specialists FC Exchange discuss some of the things to watch for as Brexit continues and the UK’s departure from the EU looms closer.

The Results of the June Summit

The June summit is an interesting one – while the UK government is struggling to decide what it wants from Brexit and whether a hard or soft exit will take place, the EU is distracted by other events.

Political instability can create dramatic market movements, so investors interested in the euro are watching situations in nations such as Germany and Italy carefully. Italy recently put in place an anti-establishment coalition government which has wasted no time in creating some disagreements with other EU nations, mainly on the topic of migration.

Germany is a similar story, with unrest over migration threatening to topple the government. US President Donald Trump’s been part of the discussion, tweeting: ‘the people of Germany are turning against their leadership as migration is rocking the already tenuous Berlin coalition.’ The coalition came under threat recently when Angela Merkel failed to bow to pressure on whether refugees from other countries should be allowed to enter Germany. Merkel has been given a two-week timeframe to reform migration rules, if she fails to do so, the German government that took her months to build, could come tumbling down around her and create some dramatic market movement.

With other instabilities elsewhere, Brexit has been pushed to the side slightly, and the June summit could just highlight how little progress has been made since March. Comments from Theresa May, Michel Barnier, and other big Brexit players could cause some significant market movement in the months ahead and impact how much the pound to euro (GBP/EUR) exchange rate is worth.

The October deadline seems to be just around the corner after summer, and by this point, the UK and EU are expected to have reached a deal which will go to EU parliament to be ratified. Getting there could be tricky though, not only could Theresa May face a showdown on her leadership, but there’s also the potential for a snap election and even another EU referendum. If the UK doesn’t have an agreement in place and looks to be charging out of the EU in a hard Brexit scenario, the pound could plummet. Meanwhile, should a softer Brexit seem likely, the British currency might be offered some support moving forward as less disruption to the economy and businesses take place.

If Theresa May’s grasp on power slips and she seems to be facing leadership challenges and a snap election, the pound could be on a losing streak as uncertainty would rise. Markets don’t like uncertainty, and when changes take place, currency investors tend to head for other assets. They might buy safe-haven currencies like the Swiss franc or Japanese yen, or US dollar, or even turn to precious metals like gold.

How to Protect Your Funds

With all of the developments we’ve discussed above, it can be hard to know when the pound is trading at good rates, or less desirable levels. What’s more, a month, a week, or even a day can make a big difference to the amount of currency you receive when you make a transfer, especially if you’re moving a large amount abroad for a house purchase or something similar.

If you’re worried about exchange rate swings and how the pound may fare, you can speak to a currency specialist, such as a broker, and see what’s available to you to protect your funds. You might choose to take advantage of a positive market shift and lock in an exchange rate – this is known as a forward contract where your broker secures a rate for up to two years. This can be a good idea if you’re buying a house and need to know how much your property will cost you and want to protect yourself from a sudden fall in the exchange rate.