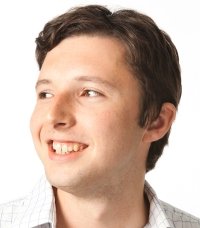 The big news in Europe in the last month is the deal done between the EU and Greece which has given the latter a four-month extension of its financial rescue package.

This will allow Greece time to negotiate and formulate a plan to deal with its ongoing debt burden in a manner that it feels is fairer than the current deal. But with time comes the opportunity to allow things to fester and rot, and reports from Greece that the Syriza party is fracturing over the terms of the four month extension are not to be overlooked.

Anyway, with all of this going on in the background, the euro’s woes have continued in the last month.What’s more, it’s popularly thought that the single currency will continue lower as we move through 2015. The pound and the US dollar – and in fact, most of the world’s major currencies – are looking good against the euro at the moment. Sterling has hit seven year highs against the euro, while the weakness of the single currency has helped the dollar to 11 year highs on a trade weighted basis.

The US dollar has enjoyed a good run of late, though it has surrendered some of those gains to the pound, which recently hit its highest level against the dollar since the start of the year. That said, the dollar’s well up against the pound on a year-on-year basis. At the time of writing, USDGBP is at 0.6505 ($1,000 worth £650) while this time last year, it was down at 0.60 – $1,000 is now worth £50 more.

In the last year USDEUR has gone up from 0.7276 to 0.8939 – a massive increase of over 22% in the year – and has enjoyed a similar performance against the Canadian dollar, Australian dollar and Japanese yen. It’s a good time to be selling dollars.

For the yen, it’s a continued story of weakness. Since Shinzo Abe came to power in late 2012 the yen has lost around 25% of its value. They were then joined in attempting to loosen their currency by those countries or areas that have large commodity, terms of trade arrangements or are staring down the barrel of outright deflation – Australia, Canada, Eurozone, Russia. Yen is roughly worth what it was six months ago, and has bounced back from the low lows of late 2014.

Rallying back from a poor January, the NZD is the best performer in the G10 despite starting the month with the highest unemployment reading since Q1 2014. The fact that employment rose by 1.2% countered the negativity with a record 69.7% participation in the labour markets. The New Zealand dollar is higher on the month against the USD by about 4%, AUD by 2.6%, CAD by 3.3% and JPY by 6%.

After NZD in the list of the best performing currencies in the month comes the British pound, down to a combination of a strong run of wage data and a lack of – so far at least – any real fears around May’s General Election.

After a tumultuous January, the Canadian dollar has found life a lot calmer in February, ending the month either up or about the same against most of the world’s major currencies.

In South Africa, rolling electricity blackouts that started in November have continued through February, and with the treasury thinking these could go on for another three years, the government has cut growth forecasts accordingly. Despite that, the rand has remained fairly stable in the past month, with the market continuing to focus on the extraordinary policies of some of the world’s central banks.