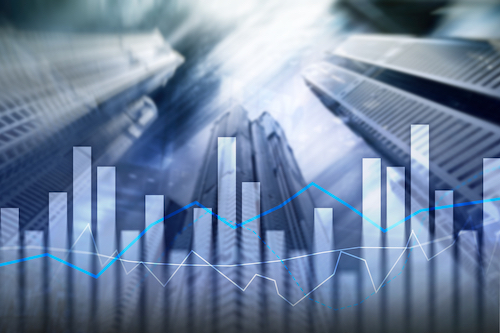 The government of the Isle of Man, off the coast of Britain, has recently implemented new measures to encourage expats to move to its shores. These include a National Insurance holiday scheme, enabling expats to take home up to 15% more of their gross pay than they would in the UK.Rates of employment are high on the island and several industries are aggressively recruiting. Many expats report a higher quality of life on the Isle of Man than in the UK.

A report on Yahoo! Finance claims that so-called ‘superstar’ cities such as Amsterdam, New York and Los Angeles are seeing a decline in the numbers of expats choosing them as their next destination.

High costs of living and increasing gentrification are two prominent reasons for the change. Younger expats in particular are increasingly deciding to move to smaller locations where they can enjoy a higher quality of life for a lower cost of living.

The South African government is making plans to implement the proposed tax changes for expats. Set to come into play in March 2020, the changes will mean that expats will be tax exempt for only the first 1 million ZAR they earn.

Benefits provided by employers abroad – such as international schooling payments, healthcare and so on – will count towards the ZAR 1 million total, making it an easy target to hit.

The only way to avoid the new tax will be to stop being a tax resident of South Africa.

The UK buy-to-let property market is set to slump in 2020, according to reports. Brexit has had a strong effect on people’s decision to buy property in the country, contributing to the decrease.

Ongoing political turmoil in Hong Kong is having a detrimental effect on the property market, with the prices of expat luxury rental properties decreasing by almost a third.

Many expats who have been resident in Hong Kong are now choosing to move to Singapore or Beijing instead, where the political situation is less uncertain.

The Spanish government is selling off entire villages for as little as $62,000, with some ghost towns being offered to investors for free in exchange for revitalisation of the local community.

The locations have suffered from their younger members moving elsewhere for better job prospects, while the older residents have died off. Now the government wants to bring a new lease of life to the villages, with help from foreign investment.

Anyone wishing to invest will need to have a strong plan for renovation of the (often dilapidated) structures as well as a plan to revitalise the economy.

In a bid to attract expats and repatriates, India’s largest bank is offering a new loan scheme that will refund the buyer if a project is not completed by the deadline.

The scheme aims to give peace of mind to those who have been wanting to buy in India but are scared off by the number of projects that remain incomplete.

Cryptocurrency banned for expats in Qatar

The Qatari government has brought in a new law stating that no cryptocurrency transactions are to be made within the country. This includes trading, investing and making payments; in essence banning cryptocurrencies entirely.

The move came as a surprise to many expats, since Qatar’s high wages have often attracted expats who enjoy trading in new and innovative ways.

Although some are speculating as to whether Qatar plans to implement its own cryptocurrency, banning all others, no firm reports on this are available at this time.

Tax brackets change in the Netherlands

The Dutch government has implemented new taxation regulations for 2020. There will now be only two tax brackets, with everyone taxed at 37.35% except for those earning more than €68,507, who will now be taxed at a rate of 49.5%.

Tax credits are also increasing, though, with particular benefits for those earning under €35,000 per year. The self-employment tax break is being lowered to €7,030, with plans for this to decrease to €5,000 by 2028.

Expats who are self-employed, or who run small businesses, in Germany will now be subject to a new tax limit. Previously, the turnover threshold was €17,500; it is now rising to €22,000, with businesses only needing to apply for VAT status if their annual turnover is more than €50,000.

The German minimum wage is also increasing to €515 per month. Child benefits are also increasing, although the amount will depend on claimants’ personal circumstances.

Recent reports suggest that employers in the gas and oil sector are overlooking expats in favour of locals for top jobs. Following a government crackdown on illegally employed expats, more weight is being given to finding local people to do local jobs.