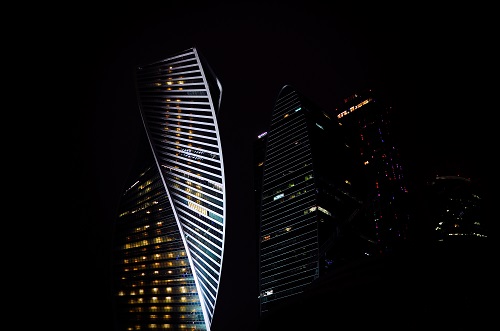 British expats need to be aware that HM Revenue and Customs (HMRC) is to ask financial centres around the world whether they are breaking the UK’s pension rules.

This follows media reports in Gibraltar that HMRC is asking for offshore pension jurisdictions to reaffirm that they comply with UK pension legislation that covers British and foreign pension savers moving their pension pot overseas without incurring a tax bill.The latest list of Qualifying Recognised Overseas Pension Scheme (QROPS) providers who have self-certified that their pension schemes are UK-compliant after a recent published list saw the delisting of 410 QROPS and nine financial jurisdictions.

However, the latest list saw no pension providers being delisted bringing the total, with five new pensions, to 937 recognised providers.

A new list will be published on 5 June which means that the QROPS pension jurisdictions are having to confirm that they are complying for the second time in just a few months.

It appears that HMRC believes that some jurisdictions and providers of QROPS have wrongly signed off on paperwork stating that they agree that they meet with the rules.

This is a growing issue for British as well as foreign expats with a QROPS pension particularly since there’s no indication which jurisdictions or providers are coming under the spotlight.

One issue for expats is for those who may have made a pension transfer between 18 April and the next published list if they have transferred to a jurisdiction that is not compliant.

Expats could be facing hefty financial penalties as a result and HMRC has declined to explain why it is asking QROPS providers and jurisdictions to meet the compliance regulations again.

Meanwhile, tax experts say expats need to keep an eye on the QROPS rules, particularly with the Brexit negotiation since no one can foresee what the future rules will be.

With more than £9 billion already leaving the UK for overseas pension jurisdictions, there are fears that the government may stem this flow with restricting choice or imposing tax bills.

The tax experts are warning that those who find their financial jurisdiction is delisted may then be handed a tax bill for ‘unauthorised transfers’ which will have a big impact on their pension pot.

Figures from Statistics New Zealand have revealed that in the year to March 31, immigration to the country increased to 71,932 people.
Now experts are warning that the record high growth in expat numbers is ‘not sustainable’.

However, experts in New Zealand say the country’s infrastructure is already struggling to cope with increasing demands for housing, schools and hospitals, sparking political debate ahead of the General Election this year.

New Zealand’s economy is still growing strongly; it’s one of the best performing in the Western world with growth of 3% for the last two years. Community leaders say a restriction on expat numbers will have an impact on financial growth.

Brexit uncertainty and the weak pound has led to fewer British expats buying a Spanish home, and those tourists who head to Spain are also spending less.

The Spanish Association of Land and Commercial Registrars says that last year, as a proportion of foreign buyers, the number of British people buying homes there fell from 21% in 2015 to 19%.

British expats account for 2.5% of all property buyers in the country, ahead of the Germans and the French with 1% each.

Greek real estate organisations are reporting that the number of British expats looking to buy a home there has also plunged after last year’s referendum vote.

Some agents are reporting that up to 90% fewer British people are now looking to buy property on the mainland and on Greek islands.

In addition, Spanish airports operator Aena says that British tourists are spending less in the country’s airport shops due to the falling value of the pound despite the numbers of British visitors increasing in the first quarter of this year.

Expats working in nine Asian countries are now approaching, and in some cases exceeding, the salaries paid to executives in the US.

In a report, the firm says that the salary gap between the low and high levels of the corporate ladder is as wide as it’s ever been.

Their report enables employers to look across various countries to appreciate pay competitiveness by analysing a framework of job levels.

Banks in Oman are increasingly facing a growing number of expats who leave the country after losing their job without repaying their loans.

Because of the economic downturn, the country’s Ministry of Manpower says more than 43,000 expats lost their jobs in 2016, from a wide variety of professions, and that is 12% higher than in 2015.

The financial institutions calculate that expats owe them £42.1 million or $54.4 million over the last two years.

In addition, the banks say that the problem with bad or unpaid loans is also a growing issue with Omanis.

For expats looking to buy a home while working on a foreign assignment, Monaco is the world’s most expensive location for purchasing property.

In second place, according to real estate firm Savills, is Hong Kong.

In their report, Savills says: “While the prime residential markets for many world cities have seen prices adjust, the prices in Monaco continue to rise.”

The third most expensive city in the world for property is Tokyo, followed by London and then New York. The top 10 is made up with Shanghai, Paris, Moscow, Singapore and then Dubai.

Meanwhile, a report from real estate consultants Knight Frank reveals that the prime rent rises for property around the world has now come to an end because of political and economic uncertainty.

In their published report, the firm says that in the third quarter of last year, there was zero growth in average rent rises.

However, not every city saw zero growth with expats working in Toronto, Canada and Tokyo seeing increases in rents of more than 7%.

The largest fall in rent was seen in Nairobi where an oversupply of prime property saw rents drop by nearly 11%.

Indian expats have expressed fears after the rupee rose to a 21-month high against the US dollar which means their remittances are now worth less than they were. One reason for the currency increase is down to a surging Indian economy and growing foreign investment.

The reduction in expat relocation packages has seen many expats trimming their expenditure on international schools but this has encouraged a growth in the number of no-frills international schools to meet expat expectations in Singapore. Expats are, according to local news outlets, saving around a third in school fees by switching.

Rent prices continue to fall in the Saudi city of Jeddah in the first three months of this year as expats increasingly leave the country. The local economy is still cooling and rents have, according to a real estate market overview, fallen by 9% as a result.

Fears are rising that the Conservative government may ditch the ‘triple lock guarantee’ for pensions when it publishes its General Election manifesto. The guarantee ensures pensions increase every year by at least 2.5%, or by average earnings growth or the same rate as inflation; for pensioners living overseas this means their pension will increase annually but this may soon come to an end.

Tighter job rules for expats in Kenya has seen the number of work visas being halved over the last four years, the country’s Immigration Department says. Expats must have jobs earning more than $2,000 every month in order to meet the new rules in the country’s medical, accountancy, engineering and legal professions.