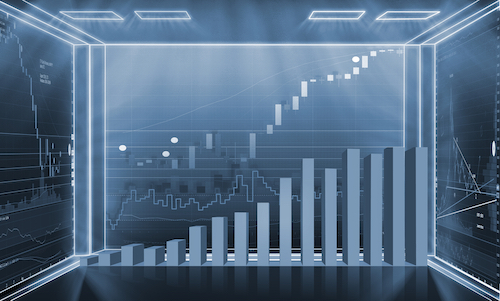 Expat Mortgages In The UK Increasingly Difficult To Secure

Expats living in the UK, as well as British people who live abroad and are looking to return and buy property, are finding it difficult to secure mortgages, according to a new report from Property Forum.

The challenges arise partly due to a lack of credit history within the UK, and because proving your income can be difficult, particularly if you are not currently working. Some mortgage brokers refuse to accept bank statements as the sole proof of income, leading those who are retired or living off savings to be at a disadvantage.

However, some companies are trying to make things easier for expats. Ipswich Building Society, for example, is now allowing expats to make deposits in foreign currencies, to help them secure mortgages within the UK more easily.

“Juggling multiple currencies is a perpetual headache for many expats. We hope that by allowing deposits in foreign currencies, we’ll be able to remove one of the complications for British nationals who want or need to retain property in the UK.”

For the next six months, Oman has ruled out its exception to its Omanization rule for certain industries. Previously, construction workers and cleaners were exempt from Omanization – which was put in place to ensure that more jobs went to Omanis, rather than expats – but now the regulations have been extended.

Cleaners and construction workers will no longer be able to obtain visas to work in Oman.

Concerns about South Africa’s new tax regulations for expats continue to increase, as the March 2020 deadline draws closer. The new rules mean that South Africans who live abroad will now still have to pay taxes in South Africa on their global earnings, rather than just on anything they earn within South Africa.

However, certain countries have double taxation agreements already in place with South Africa, and expats living in these locations will be exempt.

The Indonesian government is considering levying a tax on digital media companies that are not registered in the country but do have a strong presence there. The new laws, which would cover companies such as Netflix, aim to reduce tax evasion possibilities for large companies that are providing services within Indonesia.

The Australian government has given a deadline of June 30th 2020 for Australians living abroad to sell any properties they might still have in Australia, if they want to avoid hefty property fees.

Previously, anyone who lived abroad but owned property in Australia was exempt from capital gains tax if they sold their property. However, from July 1st 2020 this will no longer be the case, and property owners will have to pay the full amount of capital gains tax, with no exceptions.

Remittances from Saudi Arabia have dropped by 11% in 2019, probably due to the ‘Saudization’ drive which aims to give Saudi jobs to locals rather than expats.

September has seen a slight uptick, although overall remittance levels are expected to continue to decline.

A number of pensioners living on Spain’s Costa Blanca have been hit by a devastating scam.

Continental Wealth Management, a financial firm run by British expats which has since shut down, claimed to be able to manage expats’ money but instead pushed it all into high-risk investments which have shown no returns and instead have lost people a grand total of around £25 million.

Meanwhile, other British pensioners have been looking further afield. In a move away from the European countries that have graced the top of the list for a long time, Australia has now taken the top spot in Easymoney’s recent survey of retirement destinations, followed by the USA.

Spain remains in the top five, along with Ireland and Canada.

There are many reasons for moving abroad, but one of the most common is being relocated by a company. This usually comes with an attendant pay rise: at least, for men.

New research from AXA shows that, while 62% of men receive a pay rise when moving abroad, the same is true for only 53% of women. In the UK only 61% of women had a pay rise, compared with 71% of men; and the UAE had the largest disparity, with 90% of men seeing a pay increase compared with 70% of women.

The Namibian government is trying to attract wealthy expat retirees to the country to help boost the economy. New residence visas are being floated as an idea to attract pensioners, although the Home Affairs Director for Permits, Passports and Visas made it clear that the government would only be looking for retirees who could contribute financially to the country’s economy.