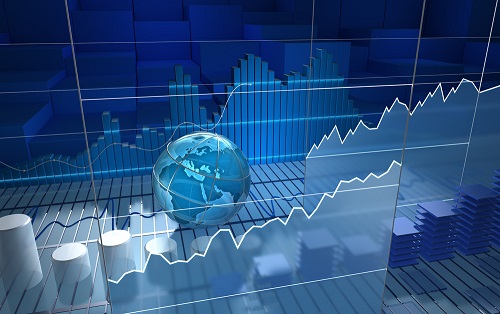 The Financial Times reports this month that expats are returning to Dubai, driven by attractive new visa deals and high Covid-19 vaccination rates. The local economy has been hit hard by the pandemic, especially as around 11% of Dubai’s economy is fuelled by tourism, which has seen an obvious crash. Tourist numbers fell from 16.7m in 2019 to 5.5m in 2020, and the population, which is 92% expat, dropped as well. Some expats returned home having been laid off, and others chose to sit out the pandemic with their families in their own countries. Standard & Poor’s say that the population dropped by 8.4%. But now the balance is starting to rectify itself, with slashed rental prices featuring in people’s decisions to return – landlords would rather have 20% less rent than no rent at all.

Since August, if you have undergone a government approved vaccine, you can apply for a tourist visa, and we have reported before on the new golden visa, which the Financial Times describes as part of Dubai’s pivot away from an oil-based economy. Rents are still falling – property is now 32% under its peak in 2014 – and with the new visa regs, Dubai is an appealing prospect for retirees, among others. However, purchase prices for property are rising, so it’s worth considering a move now rather than later.

Moving to Europe has become more difficult since Brexit, but not impossible. Tax advisers Blevins Franks told the Daily Express this month that it’s still an option to retire to the EU, but you’ll need to jump through a few more hoops to do so. Criteria for residency differ from state to state, with different income requirements, health insurance policies, property ownership and other factors being taken into consideration to varying degrees.

For France, for instance, you’ll need to match the minimum wage. This should be around €18,655, but it drops to €14,667 once your social insurance costs have been deducted, and the French are currently basing their income assessment on the lower sum. So, if you are a couple with two state pensions, you should meet the income criteria. As another example, Portugal has the same requirement: asking for €7,980 (£6,838 a year) for one person and €11,970 (£10,250) for a couple.

The EU and your pension

The Treasury says that leaving the EU means that state pensions will need to be recalibrated. But what does this mean? In times past, your time spent abroad could be included in the assessment of your national insurance contributions. However, from 1st January 2022, some countries can no longer be included in this reckoning. If you are a UK national, and you move to the EU after January 2022, and if you have spent time in Australia before 2001, or in Canada or New Zealand, your contributions may no longer count. It’s really important to speak to a pensions adviser about this, so that you don’t fall foul of any new regulations.

What’s the future of the UK’s triple lock?

You may have read in the news recently that the triple lock for pensions is under some threat, with Boris Johnson already pulling away from an election pledge about taxes. The economy-skewing (some would say ‘skewering’) effects of the pandemic have left the UK government with a large hole in the country’s finances, which they are trying to fill. Rumours that the triple lock will no longer hold next year are rife. The problem is that once you stop something, it’s hard to start it again, so does this mean the end of the triple lock? If you’re an expat in receipt of a UK pension, this could have a significant impact.

To be entitled to the full state pension, you need to have made 35 years’ worth of national insurance contributions. If you’ve been abroad, this can be tricky – as we note above. Pension experts suggest plugging any holes. It will cost £15.40 to pay for a missing week of NI, thus £880.80 for an entire year. If you’re over the state pension age, you can also increase how much you receive by postponing the start date of your pension. It increases by 1% for every five weeks of deferment. If you are entitled to the full state pension of £179.60 a week, you can increase your annual income by £540 for every year you defer. As with all things pension related, do consult an advisor, as issues around pensions change all the time.

Headway International, a new and fully independent global wealth management company, launched in London in September. It’s London based and run by a British team, headed up by Hamzah Salchi and Elliott Parkhouse, with experience of the expat world, plus licenced associates in the EU and the US (this gets you past passporting and chaperoning regulations). Headway also operates in Hong Kong, Singapore, the Emirates and a number of other countries.

We’ve been covering the case of Accidental Americans over the last couple of years, and there have been some recent developments this autumn. This month, the Paris-based organisation issued a statement that it’s planning to file a new complaint against the U.S. State Department. It’s managed to crowd-fund $18,000 in the last few days to cover its legal costs, leaving $7K to go at the time of writing. Frustrations are running high among the people affected, as embassies either stopped processing citizen renunciation claims or slowed them down, during the pandemic. This new claim will join up with the organisation’s December claim, which sought to make it free to obtain a certificate of loss of nationality.