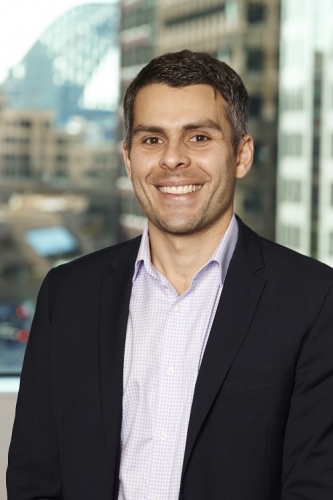 World First recently ran a survey of expats from 66 countries. Could you give us an overview of the project and its aims?

World First help thousands of expats transfer money around the world every year and we believe that there is a story behind every transfer. We embarked on the ‘What Expats Really Reckon’ survey to better understand the journey of an expat moving to Australia and hear first-hand expat stories about what life was really like down under.What are the true challenges and risks of moving abroad? What are the best things about living in Australia? Would they recommend the country to their friends and family?

There is much data and reporting available that speak to the practicalities of a move to Australia, like visa information and employment trends, but very little around the emotional side of moving to what is often the other side of the planet and being isolated from family and friends.

What were the main trends you saw in the results?

Why is Australia such a popular choice for expats?

Australia is a popular choice for expats because our country is safe, has great weather with beaches to match, and the working conditions are superior to many countries (working conditions scored an 8/10). All these factors contribute to a very desirable lifestyle – think going to work and making more money than you would have at home (64% report to be making more here) and going to the beach after work. This picture is conjured up by many expats before leaving the comforts of their home countries.

What are some of the challenges expats face when moving to Australia?

The emotional challenge of the move and making new friends were key challenges expats reported on in our study. Many commented on the fact that Australia, being so isolated, often left them feeling quite disconnected from family and friends in other parts of the world. The most common thing people would change about Australia was its proximity to the rest of the world. Other key challenges like finding a job and a place to live were more practical and less unique to this country.

Are you an expat yourself?

No, I am not an expat, but many of World First’s employees and many of my friends here in Sydney are. The clear trend of where World First’s resident staff (and client) expats live is the Eastern Suburbs or lower North Shore. Moving from places as far as the UK and US, they are keen to make the most of what Sydney has to offer – beaches, nightlife, restaurants and proximity to the CBD. One key learning from our expats is that they don’t venture very far from their area of residence and often find themselves socialising with other expats. Joe, a British expat who works at World First, lives in Randwick and plays for a soccer team located in Coogee, which is made up of mainly Irish expats (about 65%).

Which destinations scored highly in the survey, and what did expats say about them?

This study focused on expats living in Australia, and the most popular cities they lived in included:

The culinary scene was one of the most popular reasons why expats love Australia – what are some of the dishes new expats should try?

One of the best things about living in cities like Sydney and Melbourne is the multiculturalism. Walk down the main street of places like Enmore, Newtown, Surry Hills, Bondi and Paddington and you’ll find cuisines from all over the world. So, we encourage you to experience all that our multicultural cities have to offer.

If you really do feel the need to try the local cuisine, why not try eating our coat of arms? Pubs like The Australian in the Rocks give you the opportunity to have a pizza with emu, kangaroo and even crocodile.

Do you have any advice for expats who are thinking about moving to Australia?

Just do it! It can be scary moving to a country that might be on the other side of the world, where you may not speak English or not know many people, but expats love it here and once they arrive and settle in they find it tough to call anywhere else home. You can meet people at work or in sporting teams, learn the language in casual environments and flights home have never been cheaper!

And, of course, if you’re sending money home or making an international money transfer for your move, think World First Foreign Exchange. Every dollar matters when living in an expensive country such as Australia, so it’s important to have a currency specialist on your side to help guide you through any international transaction, ensuring you get the best exchange rate along the way.