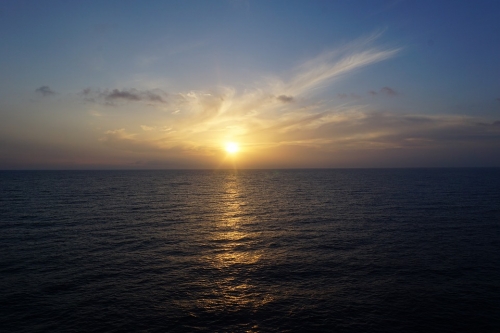 One of the biggest incentives for expats to head overseas for work is to enjoy a lucrative income, so it makes sense to make most of their financial advantage.

However, there is confusion about whether they should invest their hard-earned cash offshore or onshore and what the differences are.

Whether the expat is working, living or has retired overseas, or is planning a move abroad, it makes sense for them to be internationally-minded when it comes to managing their money.Basically, an offshore investment simply means placing the expat’s money in a country other than the one in which they live. This also means that onshore investments are those made in the expat’s own country.

There are lots of reasons why expats should consider making their investments offshore and a lot depends on their personal and individual circumstances, though the main reason for investing offshore is for the tax efficiencies this brings.

However, this depends on the expat’s country of residence and their personal tax status.

It’s also possible to structure their investments to be more tax efficient by using an offshore jurisdiction, such as Malta or Gibraltar, and specific financial products.

It should also be appreciated that the advice of an experienced financial adviser with international investment experience will be time and money well spent.

A financial adviser, especially if they manage money for wealthy expats, will appreciate the opportunities that are available to boost tax efficiencies and they will be able to make a recommendation.

One of the big attractions for moving money offshore is that it offers an expat the chance to diversify their portfolio effectively; this may lead to them investing in currencies, assets, markets and sectors regardless of where they are living.

There’s also an element of managing the risk more effectively which is helped by diversification and having money held offshore; some expats may find it safer for them to keep their money offshore rather than in their country of tax residence.

Offshore investments also appeal to those who are living and working in a country that might be politically or economically unstable, which is a sound incentive for looking elsewhere.

Some wealthier expats may also be looking for the confidentiality that offshore investments will bring, though they need to appreciate that there is a trend for sharing financial data between countries, regardless of where their money is held.

This then brings us to the question of which offshore jurisdictions would be the best for an expat’s money.

In the world of finance, most offshore jurisdictions used by expats usually have no tax or low tax regimes.

Some advisers may refer to these offshore jurisdictions as a tax haven or an international financial centre but they are a sound place to invest, save and bank money.

Expats should also look closely at the tax and legal system for the jurisdiction to ensure that their investment will be protected and that the financial firm is properly regulated.

They should also comply with legal reporting requirements; it’s also important to understand whether being non-resident brings its own financial benefits.

As with onshore investments, an expat’s personal needs and their approach to risk will have a bearing on which offshore investment products they should place their money in.

These will include placing money into portfolio bonds, qualifying recognised overseas pension schemes (QROPS), investment funds and a Qualifying Non-UK Pension Scheme (QNUPS). There is a wide range of financial solutions available.

Again, along with the element of risk, the investment should meet the expat’s financial goals, deliver their tax needs and take into account their wealth status as well as age.

Some expats may also need to take specialist financial advice if they choose to invest their hard-earned money using a trust or company structure and others may decide a tax-efficient wrapper will be more suitable for investing in bonds, pension schemes or investment funds.

At some point, many expats will be considering a return to their home country which means they will need to bring their offshore investments onshore; this may raise tax issues.

However, their tax liability may not arise unless they cash in their offshore investments. Again, an experienced international financial adviser will be able to explain more.

For British expats particularly, many of the big-name funds and financial institutions have offshore and onshore investment facilities so switching between the two is made easier.

It’s important to appreciate that onshore investments for UK expats will be regulated by the Financial Conduct Authority (FCA) – and their compensation scheme – whereas those made offshore will not be covered.

It’s also worth bearing in mind the difference between reporting and non-reporting jurisdictions; a reporting fund will be following similar tax rules to those covering a UK-based onshore fund.

This means any dividends will be taxed as the expat’s normal income and any gains made above the annual exempt amount will be subject to capital gains tax and HM Revenue and Customs (or the tax authority in the expat’s own country) will be informed.

Alternatively, non-reporting funds will roll-up the income and there will be no tax to pay until the fund is disposed of.

These non-reporting funds are particularly attractive for expats who are living in tax-free or low tax countries such as the United Arab Emirates or other countries in the Gulf region.

Regardless of whether the expat looks onshore or offshore, and whether they believe having non-reporting funds means not having to pay tax, they should always speak with a qualified investment adviser to avoid an unexpected, and probably rather hefty, tax bill.

Essentially, there is no hard and fast rule about whether expats should invest their money onshore or offshore but it will boil down to their appetite for risk and how easily they want to access funds; for many, investing money onshore will remain attractive since there will be no unexpected tax issues, while those investing offshore will need to plan carefully when they can bring their money onshore.