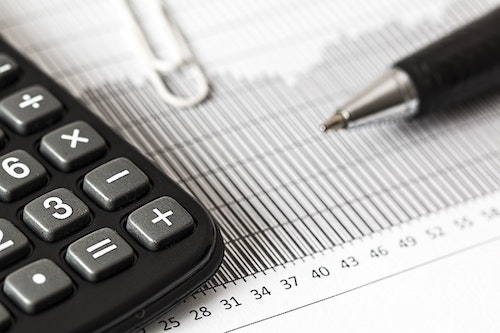 Calling all Brits in the Middle East (and the USA, and Europe, and…)

The British State pension: Is this a dead duck, and do you as an expat ever think about it?

You can still be eligible and secure one. For many years (probably fifty), the UK government have honoured the state pension rights of British people living abroad, as well as anyone who worked in the UK for a few years (normally three or more).If you left the UK say five, ten or fifteen plus years ago, the chances are that you haven’t thought about it lately. The usual things that I hear as a UK tax advisor are: “The UK state pension is tiny or non-existent. It won’t happen for me,“ and “I won’t get one because I’m an expat overseas.” Wrong and wrong, I’m happy to tell you.

How much is the pension?

If you are British, or you have worked in the UK, you may be entitled to a full or part UK state pension. This applies to people retiring abroad and to people living in the UK. The current maximum UK state pension is £8,550, but the payout is protected against inflation and consumer prices.

How do I secure a part pension?

You need to have paid UK National Insurance (NIC) for ten or more years to achieve a part pension, and you must have 35 “qualifying years” in the pot to earn the full state pension.

An example: Did you leave the UK in your 20s or 30s? You may have left the UK in your late 20s, and only have a record of five years’ paid-in NIC. That means no state pension for you now, but wait – the UK will let you boost your pot.

Alternatively, you may have worked in the UK in your 20s and 30s, and moved overseas after making sixteen years of contributions. If you do nothing more with your pot, you are allowed to claim an annual state pension of approximately £3,900 from the age of 68. This part pension would probably not change your life, but it is a significant top-up. £,3900 per person might pay for a year’s food bills, or a great holiday.

How can I increase my state pension dramatically?

Let’s look at those two scenarios above again – how can the people in the examples dramatically improve, or create, their UK state pension, using the government’s top-up scheme?

Example one: Leaving in your 20s

The current pension forecast for the person above, who has only five NIC years in their pot, is zero. That expat can apply to HMRC to pay in back years of NIC, as long as they meet all of the UK tests. The individual normally provides us with all of their work and life and history and we file a detailed legal case with HMRC. When we succeed – and we carry out dozens each month – we secure the right for the expat to pay in ten or twelve more years of NIC at a very low rate (~£150 per annum). This means the NIC records of this person move from 5 years to 17 years of NIC payments. The consequences are amazing.

That move would produce an annual state pension of ~£4,300 per annum, from age 68, for life. This is incredible if we stop to consider that this person engages us to prepare their legal case, and they pay “back” NIC of, say, £1,500 to cover ten years. In return, they receive a state pension of £4,300 every year. Consequently, when they are 80, they will have received over £50,000 extra, at a cost of just £1,500 in extra NIC to the UK government.

Let us look briefly at the other example above, when the person left with sixteen years of NIC paid, i.e. they left in their 30s or later. This person can already claim a pension of £3,900 per year, based on current records. We would take this client, and again prepare a detailed legal case for them to pay in additional “back” NIC for the last ten or twelve years. In short, when we succeed, the future annual pension would be upgraded from £6,600 per annum. That is an extra £32,000 from the UK government as a state pension payout to an expatriate in retirement. The only cost to them would be hiring us, and a low-rate amount of NIC.

We don’t often use ‘fantastic’ in the expatriate tax world, but these legal filings with HMRC are just that.

Should we fear new tax policies from Johnson or Corbyn, Swinson or Sturgeon?

I really have to say no. I don’t fear tax changes: it’s always a cycle of change, of peaks and lows. I think the correct word is ‘vigilant’. So, if Boris Johnson seeks to reduce National Insurance (affecting expats in the UK, and Brits abroad) I would look out for advantages and any catches, if there are any.

Jo Swinson would increase corporation tax, not vastly but up to 20%, to modernise schools and other services. When I help self-employed expats and those with businesses, we look at the whole picture. If a client faces a hike in corporation tax, we look to maximise other tax breaks, e.g. on VAT, or when calculating profits.

Furthermore, when it comes to extra tax for schools or for hospitals (Conservative) or infrastructure (Labour), some clients say “Oliver, let’s pay the fair right amount. It’s not always about cutting tax bills.” Alternatively, others need to have the lowest cost environment possible to protect their businesses.

This week, I wrote to four or five clients about the dynamics of this election. One main issue we face is a possible hung parliament, that could lead to a Conservative-led coalition, or one involving Labour, the Liberal Democrats or the Scottish Nationals. Any of these would generate a range of tax changes – it has to, if manifestos are followed.

My message to my clients was: let’s not wait for any increases or decreases, or even UK taxes and benefits abolished. It is far better to plan for the changes which have already been published ahead of December 12. Good luck to all of us – these are exciting and changing times. There will be definite positives from this.

Oliver Heslop is a highly experienced UK tax specialist dealing with expatriate cross border issues and is the official Expat Focus UK Taxation partner. In this interview we learn more about Oliver's background and experience and the services he can offer to British expats abroad and foreign nationals in the UK.