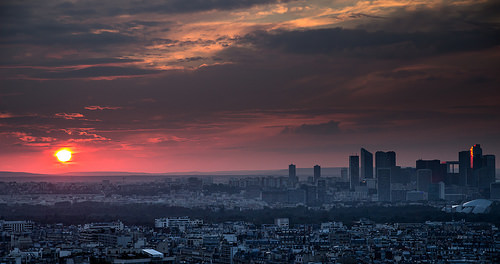 For centuries, France has been a leading political power and a global centre of culture that has made major contributions to the fields of science, philosophy and the arts. Even today, it remains one of the most powerful countries in the world, with a major influence on global affairs, arts, and culture. Because of its long and varied history, there are a number of quirky facts about France that you may not come across in your average guide book.Here is our list of the top 20 surprising things about France.

Most popular country in the world

The rankings by the World Tourism Organisation put the international tourist arrivals in France in 2014 at 84.7 million. People flock to France and with good reason. Between a rich cultural heritage, a fantastic selection of food and alcohol across many regions, and stunningly beautiful geography, France has something for everyone. Additionally, France has thirty-seven of the UNESCO World Heritage sites and a number of cities of significant cultural interest. The top tourist attractions in France include monuments like the Eiffel Tower, Notre Dame and the Bastille, museums like the Louvre, beach destinations like the French Riviera, and the natural sites of the Provence region. The chateaux of the Loire Valley are also a major tourist destination.

Paris has its origins in a Gallo-Roman city known Lutetia. In 52 BC, Gallic Lutetia fell to Roman control, and from 2 AD, public works and monuments began to be constructed. The city was completely Romanised, and at the time, it was not of very much political importance. From 508 AD however, the city was made the capital by Clovis the Frank, and during the Siege of Paris (from 885-86), the importance of Paris’s bridges as a strategic defence was established. Over time, Paris has become the most important and prosperous city in France. Paris is also of course home to a large number of French tourist spots.

Drivers in Paris need have no worries about jumping a stop sign because there is only one such sign in the entire city of Paris! It is located at the exit of a building company in the 16th arrondissement. The Paris police explain the lack of stop signs by saying that for traffic in the city centre, it was only the right lane that needed priority. Drivers in Paris follow the rule of ‘priorité droite’, which means that the right of way is on the right.

That’s right – it is actually legal for you to marry a dead person in France! The law has its origins in World War I, when some women were married by proxy to deceased soldiers. The practice was written into law by Charles de Gaulle in the 1950s when a dam burst and killed many people. Among the deceased was Andre Capra, who was engaged to Irene Jodart. She successfully petitioned de Gaulle to allow her to go ahead with her marriage plans even though Capra was dead.

Louis XIX, also known as Louis-Antoine, Duke of Angouleme, became king when his father abdicated the throne on the 2nd of August 1830. Louis will be remembered as one of the shortest reigning monarchs in history, because a mere twenty minutes later, he abdicated the throne for his nephew, the Duke of Bordeaux, who would take on the name Henri V.

Synonymous with both France as a whole and Paris itself, the monument has been painted a number of different colours since it was first built and was first painted a reddish-brown. A decade later it was painted yellow! The current colour is called Eiffel Tower Brown, and sixty tons of the paint is used to paint the tower every seven years.

France was the first country in the world to introduce the system of license plates on the 14 of August 1893. This system was legalised through the Paris Police Ordinance.

There are over 400 kinds of cheese traditionally made in France, and these are grouped into four distinct categories. However, given that each cheese has many varieties, some estimates put the number of French cheeses at well over a thousand. The oldest variety is the blue cheese, Roquefort, which was made and put to ripen in caves as far back as the 17th century. Roquefort also holds a geographical indication—only cheese aged in the Combalou caves in Roquefort-sur-Soulzon may be called Roquefort.

This quintessentially French bakery item isn’t actually French in origin; it originated in Austria. The kipferl, the bread that can be considered the predecessor of the croissant, was made in Austria as far back as the 13th century. The birth of the croissant can be somewhat reliably be dated to 1839, when an Austrian national opened a Viennese bakery in Paris with the intention to serve Viennese specialities including the kipferl and Viennese loaf. Because these items became so popular, a number of imitation bakeries were set up. The French version was named after its shape, and has become instantly identifiable across the world.

And French toast may not really be French either. There is no conclusive proof that this popular breakfast dish originated in France at all. While there is documentation of this dish being made in France in medieval times, there is also proof of it being very popular in Henry V’s court, where it was known as pain perdu or lost bread. Local literature from Spain and Germany indicates that French toast was known in their territories a long while ago as well.

The most prestigious cycling event in the world, the first edition of the Tour de France took place in 1903, making the race more than a hundred years old today. The only breaks in the race’s history have come at the time of the two world wars. Professional cyclists from across the globe come to participate in this event and to win the coveted yellow jersey, which is given to the rider with the lowest aggregate times.

Despite their bitter rivalries, French was the official language of England for about 300 years. After the Norman invasion, what evolved as Anglo-Norman French was the official language of England, and was used in the royal court, by the clergy, and in most official communications. This lasted from about the 12th to the 15th century AD. English was in use, but spoken mainly by the ordinary populace. Because of its associated prestige, French spread as a second language. French was also the mother tongue of King Henry IV, who was the first English king to take the oath as king; his son, Henry V, was the first to write in English.

The Louvre is most visited art museum in the world. In 2013 alone, the museum received 9.3 million visitors; a number equivalent to the population of Sweden. The collection of the Louvre is spread over eight departments, and houses over 35,000 pieces of the most important art in human history. Some of the must-see pieces of art at the Louvre include Venus de Milo, the Mona Lisa, Liberty Leading the People, Nike of Samothrace, Psyche Revived by Cupid’s Kiss, The Moneylender and His Wife, The Rebellious Slave, and Pyramide du Louvre.

It’s not just art that abounds in France; the country is also home to more Nobel laureates for Literature than any other country in the world. Of the 112 laureates, sixteen of them are French. If Jean-Paul Sartre had accepted his award, this number would have been seventeen. Some of the awardees include: André Gide, Albert Camus, Samuel Beckett, J.M.G. Le Clézio, and Patrick Modiano.

In 2014, according to the International Organisation for Wine and Vine, France was the top wine producing country in the world, with an output of an incredible 4.5 billion litres. And France has been at the top of the list for as long as wine has existed. French wines range from expensive high-end wines that are popular across the world to modest wines that are drunk only within the country. A number of French wines have geographical indications, including champagne, which, if produced anywhere outside of the Champagne region of France, can only be called sparkling wine. The per capita wine consumption in France in 2012 was 44.2 litres! However, this is a number that has declined over the years, because in 1965, the amount of wine consumed per head was an unbelievable 160 litres, falling to 57 litres by 2010.

Paris is called the ‘City of Lights’ because it has nearly 296 illuminated sites. These include hotels, fountains, churches, national buildings, bridges, and more. Interestingly, starting in 1925, the Eiffel Tower was turned into the largest illuminated hoarding in the world (recorded by the Guinness Book of Records too!) by car manufacturer Citroen. The company had their name emblazoned on the tower for nine years, using 250,000 lights and 600 kilometres of electric cable. The Eiffel Tower was lit so brightly that Charles Lindbergh used it as a beacon while coming in to land after his solo flight across the Atlantic.

France has a long history of colonization, starting from the 17th century. To compete with the growing political influence that countries such as Spain, Portugal, and some time later England began to wield, France started establishing colonies in the New World, in India, North America, and the Caribbean. By 1900, after England, France was the second largest colonial power in the world. From 1920-30, France controlled 8.6% of the world’s land mass. Notable French ex-colonies include Austria, Belgium, Greece, Malta, the Dominican Republic, parts of the United States, parts of Canada, Mexico, Morocco, Egypt, Tunisia, and many other parts of the African continent. The French also had a prominent presence on the eastern part of India.

France as a country takes its bread very, very seriously, and while there are many kinds of bread made in various shapes and sizes, nothing is as ubiquitous as the baguette. The term itself means ‘a stick’ and the baguette, a thin crusty loaf, is perhaps one of the most pervasive, instantly recognizable symbols of French culture globally. France has the highest number of independent bakeries in the world, and 320 baguettes are consumed in France every second, bringing the total to 10 billion baguettes consumed every year. Baguettes are the most commonly eaten form of bread in France, and are usually bought up to twice a day, for each meal. The bread is usually sliced into small portions and put into a communal basket at meal times.