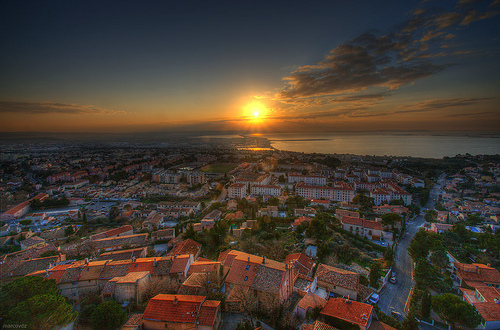 Expats sometimes experience a feeling of being fed up with the expat life, and many may yearn to return home. Although not all expats go through this, it can crop up suddenly, especially among those who have been living abroad for some time.

If you’re living in France and getting that feeling of expat fatigue, don’t leave just yet. Try these suggestions and you just might change your mind.Identify the triggers
Firstly, it’s a good idea to figure out what is causing you to feel overwhelmed and tired of the expat life. The issues may be different for different people and range from unhappiness at work to culture shock. These are important feelings to explore, and it’s worth looking at your situation to see if there is anything you can do to improve it.

Sometimes, however, feelings of exhaustion with your work or home life may be triggered by a different underlying cause. For instance, English-speaking expats may face the language barrier in France. Many locals do speak English today, but expats will find it much easier to integrate if they learn some basic French. Just initiating a conversation in French is a great icebreaker.

Another frustration expats sometimes experience in France is related to etiquette. The French people value etiquette greatly and observe numerous social norms and customs that may be unfamiliar to foreigners. Learning a few basic rules of etiquette can help greatly. For instance, make it a point to always greet someone with a ‘bonjour’ or ‘bonsoir’ before making any request.

Take a break
Even though you may be living in a different country, it’s easy to fall into a monotonous daily routine after a certain period of time. Break the tedium by taking a break and getting out of town. France has some fantastic weekend getaways, such as The Luberon in Provence, which is best visited during lavender season (June to August) when the hills turn a beautiful purple due to the blossoming lavender.

The island of Corsica is another great place to visit because it provides a refreshing change from the mainland with its unique food and customs. Then there’s the ever-popular Annecy, where you can take a relaxing cruise along the clearest lake in Europe.

Enjoy the outdoors
Engaging in some activity can do wonders for your health as well as improving your mood. If you’re fed up of the usual routine of walking or jogging around the neighborhood, why not try something different? The French Alps is an excellent place for skiing and snowboarding. The higher ski resorts have more snow, so skiing season goes on for longer here. Many visit the Pyrenees for easier slopes, although the season is shorter here on account of the warmer weather. In the ranges of Jura and Massif Central, cross-country skiing is popular. If paragliding is more your sport, head to the Hautes-Alpes of Provence or Corsica. Other adventurous activities include caving, which is popular in the limestone caves in the southwest region of the country.

Discover your city
Big city life can sometimes become dreary and mundane. But taking some time to do a bit of exploring can help you to see your current city in a whole new light. Take the paths less travelled and hop into a new café or restaurant. Or better still, if you are living in Paris, have a picnic at the park at Champ de Mars or Buttes Chaumont.

If you’re in Nice, treat yourself to a chocolate spa treatment at the La Bulle d’Isis. Expats in Marseilles can drop in at the Pharo Palace gardens (which belonged to Napoleon III in the mid-19th century) and feast on some spectacular views of the Mediterranean.

If you live in Strasbourg, then you already have the best of both worlds since it sits on the border of France and Germany, and has a unique character with both French and German influences. Visiting Strasbourg is also a great activity for those who live in other parts of the country as well; this is one place you can really emerge from that ‘expat burnout’. You can find typically German dishes here, such as sauerkraut, but spelled in French as ‘choucroute’. One can also visit the legendary Black Forest from here and maybe even pay a visit to the place where the first cuckoo clock in the world was invented.

Have you experienced expat fatigue? Do you have any tips for other expats? Let us know in the comments.