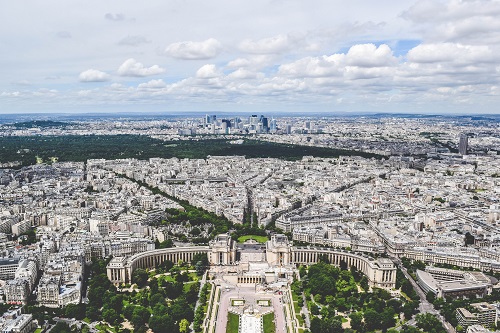 It is possible to enlist a real estate expert to help in finding a home that will meet requirements; this is particularly useful for expat families looking for a property in big cities, for example.

The property professional in France will have in-depth knowledge of the rental market and understand the renting process so the move runs smoothly – and it’s also a great help for those who cannot speak French fluently.It will soon become apparent that demand for rental properties in France is particularly high, especially in cities such as Paris which are very popular, and most cities will have strong demand from potential tenants.

This means that, unfortunately, the expat should be prepared to pay a high price for the property they want and it’s not always easy to find somewhere to rent because of this demand.

However, for any expat wanting to rent a property in France, there are various issues to consider before beginning the search.

It obviously makes sense to inspect a rental property in France, regardless of where it is, before moving in. This could be very important if an expat is moving to the country with their family, for instance.

It may be that they choose to stay somewhere temporarily while searching for a permanent rental property for living in.

It’s also possible for expats to find a rental property before they arrive in the country by contacting real estate professionals or landlords directly, but they must keep a record of all the correspondence and be aware that scam artists, particularly in Paris, are targeting expats who are unable to visit the property beforehand.

Another good reason for visiting a property before moving in is the expat will not only get a better idea of how much the average rental price will be for a particular property type but also get a feel of the quality and variety of homes that are available.

Once an expat has found a property they think is suitable, it would be a good idea to get a condition report before a lease is signed. The cost of this report is usually shared between the expat and the landlord.

The report itself will give details of the property’s condition and help reassure the expat that they are moving into a quality home that will not bring them too many problems.

The average tenancy agreement in France is usually 12 months but expats can negotiate a six-month lease with their prospective landlord.

Expats should pay particular attention in the lease agreement about any extra costs that they may be asked to pay that is in addition to the monthly rent.

Also, the expat will need to pay a deposit which should not be for more than a month’s rent if the property is furnished. However, if the expat is moving into an unfurnished rental property then the law in France states there’s no limit to how much a landlord can ask for as a deposit.

Expats who use a real estate professional they will have to pay their fees as well.

Expats should also be prepared that they will have additional costs when it comes to connecting the utility services, such as gas and electricity as well as water, internet and telephone.

The landlord or agent will help in this process but expats should take time to research thoroughly the process involved and what they need to do; one reason for this is to get a deal that best suits their needs and doesn’t leave them paying for a service they will not be using.

Renting a property in France is a popular way for people to live and around 40% of the country’s population are tenants – though the proportions are larger in cities whereas in rural areas more people own their homes.

Even in cities, it’s common to find professionals and families renting an apartment for long periods. This means most landlords are prepared to rent out their property for lengthy periods should the expat need to do so.

As mentioned previously, the cost of renting may come as a surprise to many expats but for those who have lived in cities such as New York or London, then the rents in Paris are fairly similar. A one bedroom furnished apartment in the centre of Paris will still set an expat back around €3,000 a month. That’s $3,325 or £2,700 a month.

Obviously, there are cheaper properties available. Expats who are not enjoying subsidised housing from their employer will find cheaper homes on the outskirts of Paris or in another commuter town altogether.

The demand for rental properties in France is so great that the government brought in reforms to help improve the supply and quality of rental property and some new leases in very popular areas will have a rent cap imposed to help prevent rent price inflation.

Some expats may be considering it worthwhile to buy a property in France rather than rent one after looking at the costs involved, but unless they are staying for at least three or five years then the transaction costs, which are around 16% of the property’s value, mean they will struggle to make a profit when they come to move on.

Expats should also appreciate that a standard tenancy on unfurnished properties can be for up to three years but they can give notice before this expires (which is usually three months) and move on but there are exceptional circumstances where the landlord can refuse to accept the notice.

So, for expats wanting to rent a furnished property in France, the tenancy agreement will usually run for one year and there’s a law that defines exactly what a ‘furnished’ rental property is, since some landlords try to enjoy the shorter contract privileges by passing off an unfurnished property as a furnished one.

To help make the distinction, the legal definition of a furnished rental property is one that must have bedding as well as a microwave or a cooker, freezer and fridge, kitchen utensils, seats and a table as well as crockery and storage shelves.

The tenancy agreement should also detail what items will be provided in the furnished property.

Expats looking to rent a property in France should also appreciate that unless they specify exactly the type of property they are looking for, everyone involved in the search will automatically assume that the expat is looking for an apartment to rent rather than a family home that has a garden, for instance.

Expats should also appreciate when they are looking at adverts for rental properties that the living space will be given in square metres so for an apartment that is less than 40 square metres would be considered as small.

It should also be borne in mind that the advert detailing the living space is probably including the hallway as well as the balcony, if there is one, and other areas that are not really living areas so the property may appear smaller than it really is when the expat goes to view it.

Where to find a property

While using an agent is a good idea, it’s not impossible to find properties to rent in France though website portals, though these are usually only in French.

There are also websites where landlords offer the properties directly, which tend to be much cheaper; these include ParuVendu.fr and petites-annonces.fr.

Landlords and estate agents will be looking for expats to provide various bits of documentation that will prove their identity, such as a passport or driver’s license, and also their employer’s details including payslips or a tax return. Some landlords will also ask for references, which for expats who have not rented in France previously could be an issue.

For this reason, most employers will supply a letter of reference with details of benefits and state that the expat can support themselves financially and meet the expected rent. It is possible, however, for expats to use rent references or even a tax return from a previous rental property.

It should also be appreciated that landlords are restricted about what they can legally ask an expat to provide; for instance, they cannot ask for a bank statement.

The landlord must also provide the expat tenant with various documents including a health and safety or risk report and also an energy rating, so the expat knows whether the property will be expensive to keep warm, for instance.

While many expats will be able to reassure the landlord that they will be good tenants and be able to pay the rent, some expats may be working for a new employer or have a short-term contract and may have difficulty proving a similar level of financial stability.

For this reason, is possible to use a rent guarantor called a Visale and for expat students there’s a similar guarantor service called Lokaviz.

Another reason why using an estate agent when it comes to renting property in France is a good idea is that they will understand the rental contract. When this contract is signed this is the point at which a deposit should be handed over, though to bring peace of mind this money should be placed in an escrow or a protected account so the expat should be expecting it to be handed back when the tenancy ends.

Expats using an agent for this process will find that they recommend not to hand over a cash deposit and instead transfer money under a security deposit, or dépôt de garantie.

It’s also permissible that the tenancy agreement does not have a counter signature, but it should always be signed before or on the tenancy’s start date. This date should be specified within the contract.

Previously, this article mentioned about the expat clarifying about whether they will need to pay additional costs and they should appreciate that the landlord, by law, may request that they take out home insurance that will cover theft as well as fire and water damage.

The tenant may need to provide proof of this insurance cover when the landlord demands it. Not having insurance cover in place when it has been requested could see the tenancy agreement being cancelled – though this will need to be stated clearly as a clause within the contract itself.

Other charges that will need to be discussed and decided upon include the cost of utilities – some landlords will offer all-inclusive rents to incorporate these bills and there may be city taxes. Expats renting an apartment will find there may be a maintenance fee to maintain the communal areas.

Also, the tenancy agreement will make clear that the expat will have to carry out routine maintenance as well as minor repairs in the property though major repairs and the exterior of the property will be the landlord’s responsibility.

Another issue that expats need to be aware of is that while subletting in France is legal they will need written permission from their landlord before doing so and the sublease should not exceed the rent being paid by the tenant to the landlord.

Essentially, that’s the process for expat tenants to rent a property in France and while an agent will make things easier, it’s not impossible for an expat to find somewhere to live that they will love and help their stay be more enjoyable.