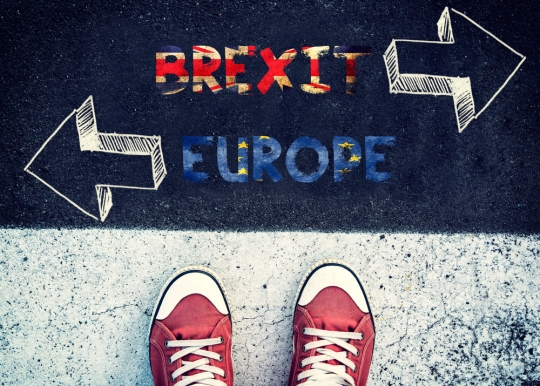 There’s no getting away from it. It’s only a matter of time before every conversation, radio show or newspaper article finds its way back to Brexit.

The decision for the UK to leave the European Union (EU) was made by referendum in June 2016. Twenty months later, we are starting to get an understanding of what the post-Brexit world will look like. Some newspaper headlines have proclaimed it as the savior of the UK, protecting the country from exploitation by its neighbours. Equally, other papers have decried the split as bringing about economic ruin and diplomatic isolation from the world.It’s fair to say that both Leavers and Remainers have muddied the waters with their own propaganda and shots fired at their opponents. The average Briton has heard impossible statistics banded about for how the move will be the cause of Britain’s downfall or for her return to international glory. Somewhere in between the two lies what will turn out to be the truth.

Negotiations have been taking place at various levels to work out how the EU and UK will do business after the divorce takes full effect on the 31st of December 2020.

Before that date, another milestone looms in the distance. On Friday 29th of March, 2019, at 11pm London time, the UK will enter what’s being called a ‘transition phase’. This halfway phase is intended to give both sides the chance to hammer out details that haven’t been decided thus far. It could be said that this move is merely kicking some of the sticking points down the road, but on the other hand, it is allowing negotiators to discuss issues on which they can agree. The transition phase also gives lawmakers on both sides the chance to ‘test and adjust’ details of the separation before being bound to the details.

Although the details are starting to come together, there are plenty of critics out there ready to voice their concerns about the future of the UK. Sir David Warren, the UK’s former ambassador to Japan described the separation as “an act of medium and long-term economic, and therefore political, self-harm.” The British Chambers of Commerce are warning that UK companies will face a labor shortage, with three-quarters of firms experiencing difficulties recruiting appropriate staff.

Many of these concerns are fueled by uncertainty about the future of workers’ rights in both territories. Will UK business still have access to skilled European workforces? Will Brits in Europe still have the same rights to work on the continent? This has been one of the main sticking point of negotiations and the distinction between “hard” and “soft” Brexit.

Continued access to free trade with the EU is conditional on the ‘free movement of peoples’. Many Leavers were motivated by a desire to control immigration to the UK, fearing the loss of jobs to European workers. In the event of a hard Brexit, the UK would sacrifice access to the EU market in order to take control of immigration. In a soft Brexit, the UK would follow the example set by Norway, being separate from the EU but keeping both free trade and free movement. Norway still has to abide by many EU rulings and pay into the EU budget.

The latest negotiations have seen the UK government promise to keep the open country’s only land borders, which are with Ireland and Spain (thanks to Gibraltar). Traffic and trade should still be able to travel unimpeded between Northern Ireland and the Republic of Ireland. So if borders are going to stay open, surely the right to free movement will be guaranteed? Well, nothing is set in stone yet, and this is one of the main points for the continuing discussions. The right to move and work will inform a whole host of other issues.

The UK is looking to secure the rights of its citizens working, studying and retiring in EU territory. Any deal is likely to be reciprocal, meaning that Brits in Spain would have the same access to Spanish healthcare as Spaniards would to the NHS. After Brexit, it could be the case that Brits abroad would need to apply for residency permits in order to access healthcare, which could mean they are not entitled to NHS treatment. This is one of the areas that hasn’t yet been agreed and may not be ironed out until the transition phase.

Pensions and welfare payments are also up for debate. Currently, you can collect a pension anywhere in the EU provided you have paid into a national pension scheme for 10 years. So, Polish workers who have been working in the UK for seven years can add three years of payments made in Poland to qualify for a UK state pension. Retirees make up to a third of UK expats living in Spain, Portugal and Malta, so expect the British negotiators to fight hard for pension rights.

Ultimately there is still a lot of detail to be discussed and cards are being played pretty close to both parties’ chests. What has been promised is that the 3.2 million EU citizens already resident in the UK and UK residents in the EU will have their current rights ensured. Anyone moving in either direction before 29th March 2019 will retain the rights they currently enjoy, as will any children they have after that date.

Anyone moving to the UK after that date would have to register and, once the details have been ironed out, will likely need to apply for a work permit. Currently non-EU nationals working in the UK have to apply for similar permissions, and it is likely these schemes would simply be extended.

Ultimately, commentary on the negotiations will continue to return the same hot topic; that of immigration. Prime minister Theresa May has promised to bring immigration numbers down to below 100,000 a year, no mean feat as net migration stood at 230,000 in July 2017. Whatever benefits the UK seeks to gain from its new relationship with the EU, whether that’s for trade, visa free travel for Brits or freedom from EU legislation, the EU will continue will demand free access to UK shores for EU citizens. As negotiations continue, Britain may need to give way on entry restrictions for her nearest neighbours and find herself denying entry to other nations in order to meet that target number of 100,000.