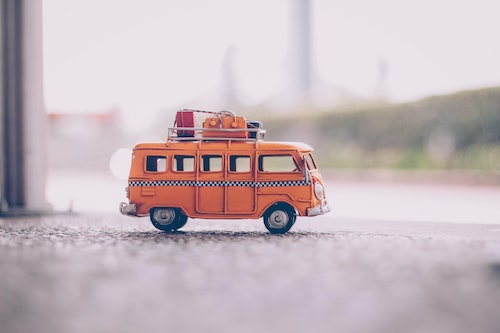 Moving abroad can be a daunting, but also an exciting, prospect. If you are entertaining the idea, you will probably feel that there is suddenly a great deal to think about – every aspect of your life, in fact. This may be a little overwhelming, but if you break down your tasks into smaller lists, you will find it easier to work through them. Then, before you know it, you will have taken the plunge and relocated. You will have moved abroad!We asked David, an IT consultant in his early 60s, how it felt to move to Brussels from the UK. We questioned him on some of the big issues:

What made you decide to move to Brussels?

Contract work. I had a major, three-year IT contract with the EU.

Had you lived/worked abroad before?

Yes, in Holland – again on a two-year IT contract, this time for Shell – and also in Spain. Shell was my first freelance contract, and the EU was, I think, my third or fourth. I came back to the UK in between.

Did you change jobs when you were there, or apply for any other work?

I didn’t change jobs when I was there, but I applied to keep my job beyond the three-year initial term.

What about the paperwork? Did you have any bureaucratic issues?

I didn’t have any bureaucratic issues. The EU gave us a welcome pack, which described what we would have to do if we wanted to rent, and also there was a large network of contractors out there with whom I could discuss things. I think I needed a permit de sejour, or the equivalent, but that was automatically given by the employer, who was, after all, the EU. A lot of rules seemed to be waived because it was the EU.

How did you sort out your taxes?

I basically had tax-free status – we were paid offshore, which was legally binding at the time. I actually had to set up an offshore company to receive funds from Shell, and that was still running when I went to Brussels. I used that to be paid.

I had to fill out an E111 form, but since the UK was still in the EU then, healthcare was straightforward. I got kicked while riding a horse, and was able to get myself to the hospital, where I was treated for free. I also used a Belgian optician, which was private. I had a pair of bifocals from them, and they were recommended by another contractor. They were quick, thorough and efficient.

How difficult did you find it to move back and forth? Did you have a lot of stuff to move to the continent?

Getting back and forth was either by plane, or by car and ferry, and was not really problematic at all. I used to have to shuffle tickets, and sometimes throw a plane ticket away, to get the prices. Getting stuff back and forth meant taking a car – I ended up with five in Brussels at one point, including an e-Type, because I was driving out and flying back.

I rented part furnished or furnished, which meant I didn’t have to move furniture. I was well paid, so renting wasn’t a problem. I could live very well on what I was paid, although I did have a problem getting my deposit back from the landlady. My Irish boss told me not to expect the deposit, so this was a known problem.

I still have actual nightmares about getting all the stuff I did accumulate back from Brussels, though.

How did you find the lifestyle?

I was on a tax-free contract, and there was a certain expectation to join in with the general multinational lifestyle of Brussels. Accommodation was expensive, because I chose expensive accommodation. I joined the local horse club, which also had a restaurant and bar, and that sorted my social life out. I trained with the Belgian Olympic dressage team.

I found the café culture to my taste. I loved sitting in the Grand Place, or in café-bars with outdoor seating areas. The drinkers amongst us used to frequent the Irish bars. My weekends out there largely consisted of taking classic cars on long drives, frequently into Luxembourg, and I also had contacts with a German motoring journalist, so I spent many weekends in very fast cars. Basically, life was easy, because I was comparatively rich. In short, I enjoyed it!

How did you find the language?

I augmented my French and learned more Swedish while I was out there, due to a Swedish girlfriend.

Any advice to people considering a move?

Starting with language: my strongest advice would be that you really try to learn the local language. It is amazing what smiles that brings. Pace yourself: think how long the contract is going to last, or if it is permanent, and expect some of the cultural differences to hit you more than they really should. The other thing is to just join in: take in whatever the culture is. If you’re lucky, you’ll have a good café or bar culture. Enjoy eating out; get to know the local cuisine.

When the EU interviewed me, the interviewer said that we would be finding out about the culture, the lifestyle and the work. Then, in the second year, we would actually be doing that work, and in the third year, we would be heading for an exit strategy. He was absolutely right. I did all of my good work in year two, and by year three, from a team of about 14 of us, they were looking at keeping seven or eight, once the software was installed. I wasn’t unhappy to come home by that point, but I could have stayed.