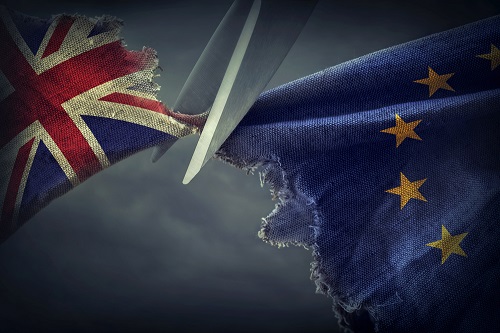 Brexit has brought new meaning to the term ‘brinksmanship’ this month, with Boris Johnson flying out to Brussels for what has been described as a ‘turbot-charged’ summit dinner with Ursula von der Leyen (rather pointedly, the menu heavily featured fish). According to Downing Street in mid-December, “very large gaps remain between the two sides, and it is still unclear whether these can be bridged.” Talks were due to continue, however, and Dominic Raab has hinted that they could go on right up until 31st December.

On Sunday 12th December, it was made clear that trade talks have in fact been extended, but despite this the clock has almost stopped. We have now run out of time for the 21 days needed for a trade deal to be ratified by Parliament. We should point out, however, that, even if there is no deal at the end of the transition period, this does not mean that there will never be one. Talks could continue into 2021.

The Irish border question has now largely been resolved ‘in principle’, but fishing remains a sticking point – with the gunboats ready to be sent in. More significantly, financial services remain in suspension, as it is not yet clear whether the EU will accept UK regulations. Cross-Channel trade is set to default to WTO rules, and haulage companies are predicting delays at the ports – caused by a combination of Brexit and Covid-19. Lorry drivers have now been issued with a glossy book of the new guidelines, but there is a concern that some EU drivers may prefer to avoid the UK completely if queues prove prohibitive. Prices are likely to rise as a result of new tariffs, and medication may be difficult to get hold of. However, the new Covid-19 vaccine will be airlifted in.

So, how will this unsettling period affect you as a British expat in the EU?

British expats face a range of travel restrictions following the end of the Brexit transition period. We have reported elsewhere on Covid-related restrictions that will apply to British citizens from 1st January. These will vary between individual nations, however, and the Council is due to review its exemption list later this month. It says that it cannot predict the status of each country, but one should note that Britain’s infection rate is still significantly higher than in some other nations on the exempt list.

Regardless of Covid-19 restrictions, if you do not have a visa/residency/citizenship, you will be limited to a set stay, such as 90 days, in your host nation. This is estimated to affect around half a million people who have holiday homes in EU nations and who are accustomed to popping to and fro between their host country and home. Their status is likely to default to that of third party nationals if they do not already have residency. UK nationals in Portugal, for instance, may now find short breaks and holidays curtailed.

The UK government advises that:

“From 1st January 2021, you will be able to travel to other Schengen Area countries for up to 90 days in any 180-day period without a visa for purposes such as tourism. This is a rolling 180-day period. To stay for longer, to work or study, or for business travel, you will need to meet the entry requirements set out by the country to which you are travelling.”

If you are in this position, it is well worth considering residency or citizenship. Remember that the time limit applies to the whole of the EU, so if you are, for instance, planning to spend time in Spain and are driving down through France, the clock will begin to tick as soon as you arrive in France. To some extent, however, like the Covid-19 restrictions, this will vary between nations. The Italian consulate in London, for example, has said that Italy is working on longer stay regulations for British expats. Nonetheless, this has not yet been fully worked out or implemented, so if you are planning longer term stays in Italy, it is worth looking at residency. The process of acquiring residency is not always straightforward. It can, for instance, affect the amount of tax you pay.

If you are in a position to travel to Europe after 1st January, remember that you will need to have six months remaining on your passport. You will also need to wait in a different queue from EU nationals once you reach the border. You will still be able to undertake duty free shopping, but alcohol and tobacco will be limited and you will have to pay extra duty on any excess. Note that if you are bringing live animals into the EU, then there may be additional paperwork – check with your vet. This may also apply if you are transporting certain plants or types of food.

Brexit and your pension

Which? reported in early December that there is still a disturbing lack of clarity regarding the impact that Brexit might have on expat pensions. It is not clear, for instance, whether British retirees in the EU will still be able to have their pensions paid into their bank accounts. This relates to the issue known as ‘passporting.’ We have reported on British banks closing customer accounts, but there is also a question over having your pension paid into accounts belonging to overseas banks. This may result in additional charges, which your pension provider could pass on to you.

There are separate ongoing talks regarding the future of joint EU/UK efforts, such as the Erasmus programme. There is a possibility that students will still be able to participate in this, but it will depend on the outcome of current negotiations.

Similarly, there are ongoing talks about the replacement for the EHIC card and whether or not you will need to exchange your UK driving licence for an EU one. Again, this will depend on the outcome of negotiations that are still ongoing. There’s also a question mark over the issue of whether you’ll need a green card to prove that you have insurance.

As always, keep an eye on the news in your area and, if in doubt, contact the British consulate. This will be our last Brexit update before the end of the transition period. We will be back next month with an analysis of how early January has progressed, and we wish you the best of luck.