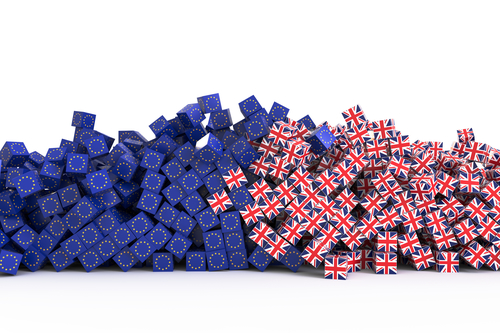 Brexit continues to be the primary source of conversation in Whitehall, with one American visitor commenting that it was impossible to talk about anything else with British politicians. Even a dedicated connoisseur of Whitehall farces might be forgiven for being confused over the current state of play. So let’s take a look at what’s been happening since our last update – and see how it might affect British people abroad.At the time of writing, we still don’t have a deal for Brexit and the possibility of the UK crashing out of Europe without a deal is now looming really large, since withdrawal is only six weeks away. Brussels has made some preliminary contingency recommendations to member states regarding factors such as residency requirements and air traffic service agreements, for instance, but this is obviously with the proviso that member states may not sign up. Further, much depends on reciprocity; that is, how EU citizens who are resident in Britain are treated. At present, European residents in the UK are reporting that experiences of applying for residency range from straightforward to catastrophic.

On Wednesday 13th February, Prime Minister’s Question Time was occupied with information leaked to the Sun newspaper regarding trade agreements. The government initially promised to roll over a total of 40 current EU free trade deals with 70 different countries, in order that these will still apply to the UK under a no-deal Brexit. However, a secret tally leaked to the tabloid suggested that only a few of these would be ready in time for withdrawal.

A minister told the Sun:

“We’re not going to get many of the deals over the line in time now. What we hope to have instead is letters of understanding with all the remaining countries, which will go some way to reassuring business.”

However, we would posit that this vagueness is obviously not going to be very reassuring to business leaders at such a late stage.
The issue of the Northern Irish backstop remains a stumbling block, with talks opening up again on Monday 18th February.

In mid-February, ITV’s Angus Walker reportedly overheard a conversation in Brussels with Olly Robbins, the government’s chief Brexit negotiator. Robbins apparently said that he is expecting any vote to be ‘last minute’ and intimated that this might be as little as four days before Brexit itself – a comment which backs up some MPs’ opinions that Theresa May is running down the clock. If so, Robbins went on to imply, then she will be giving the House a choice between her deal and an extension of Article 50 – thus going against some pundits’ views that May has been planning on a ‘her deal or no deal’ choice. This may in turn suggest that the Prime Minister regards no deal as unacceptable – but mixed messages have been coming from the House, with Andrea Leadsom implying that no deal is still on the table, while FO minister Alistair Burt commented on Twitter that we won’t be leaving the EU without an agreement.

On Thursday 14th February, the Prime Minister experienced a Valentine’s Day massacre of her own in the Commons, with another defeat by 45 votes, precipitated mainly by abstentions from the hard-line Brexiteer MPs in the European Research Group. The defeat won’t have any permanent, practical effect, but it will make it more difficult for the PM to convince the EU that she has the Commons behind her. She also faces mass resignations from MPs by the end of February if the Brexit negotiating period is not extended. With the PM caught between the devil and the deep blue sea within her own party, let alone any input from Labour, it is no wonder that the situation is hard to fathom. No surprise either that the EU is becoming so exasperated with the UK.

What’s Being Done For Britons Resident In Europe?

Meanwhile, Brussels seems to have been doing what it has urged the UK to do and has been sorting out issues such as residency permits. There is a generally held view that countries including France, Portugal and Spain do not want to risk the economic benefits that British expats bring to their host nations. A lot is going to depend on reciprocity, as we’ve noted.

However, it is critical that you check the residency requirements being put in place by your host nation now, just in case a no-deal scenario comes into play. In Germany, for instance, you’ll be allowed a transition period, but there are some serious consequences; the registration certificate for residency does not give you the right to enter another EU state or to re-enter Germany, and it looks as though this is going to apply to other countries, too.

Dispatches Europe gives chapter and verse on residency requirements for expats across European countries. If you’re in the Netherlands, for example, you’ll have another 15 months’ grace period. In Portugal, you must apply for residence or a temporary registration certificate, otherwise you won’t have a legal right to remain after March. The French are finalising their legislation. And the Swiss – who aren’t part of the EU but who do comply with some of its rules – are imposing a quota system on the number of British people who will be allowed to remain in the country.

With regard to healthcare, Britons living in the EU are now being advised to take out private healthcare as a matter of urgency. If we leave without a deal, the NHS will no longer cover British expats for diagnoses made after March 29th, although it will continue to treat people diagnosed before the withdrawal date. If May does get her deal through, the European Health Insurance Card (EHIC), which currently ensures that expats have access to public healthcare treatment across the EU, will no longer be valid. Sue Wilson, chair of the Bremain in Spain campaign group, says: “All along we’ve been told our healthcare is protected. This is a big shock to everyone and our members are really, really scared.”

Check out the situation with driving licenses too. We recommend that you apply to exchange your UK driving license for an EU one now, before we leave, otherwise you could find yourself having to take another driving test.