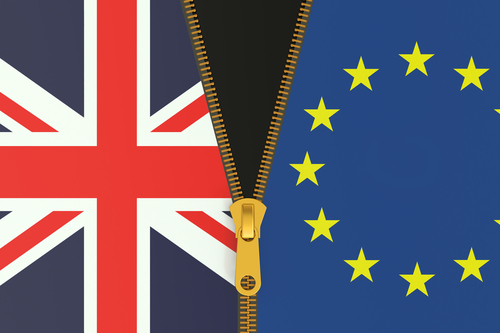 At the start of the New Year, the Brexit talks had entered what fictional spin-doctor Malcolm Tucker referred to as an ‘omnishambles’, with Parliament having unequivocally rejected Theresa May’s proposed deal by a record-breaking majority of 230: 432 votes to 202.The Prime Minister, who is still depending on the support of the DUP, subsequently survived a vote of no-confidence in December. In early January, the Government also survived Labour’s attempt to establish a no-confidence vote.

So Theresa May has returned to the drawing table to try to hammer out a revised version of the original deal before next Tuesday’s vote. Jeremy Corbyn has said that she’s ‘in denial’ about the level of opposition to her plan. Meanwhile MPs are busy putting together different options to table before the Commons. Eurosceptic politicians such as Jacob Rees-Mogg continue to be in favour of a no-deal, despite warnings by a range of lobbyists and business leaders, but most people are stepping swiftly back from the possibility of a second referendum.

However, Roland Rudd, chairman of the People’s Vote campaign, who until January 24th have been seeking a fresh referendum, told the Today programme:

"[May’s] 'Plan B' was just her 'Plan A' all over again, and it just looked like she was putting her party before country.”

However, the campaign has now admitted that they won’t have enough support among MPs to hold another referendum.

One possibility is that the EU itself may delay Article 50, but this would only be for a few months. Labour would prefer a general election, and if it was successful, would be heading for Brussels to negotiate its own version of Brexit.

The EU itself has begun to be more explicit about the consequences of a no-deal, including the possibility of the return of a hard border between the Six Counties and the rest of Ireland. There is a general wish to avoid this, hence the emphasis on the ‘backstop’ – a sort of safety net to ensure that a hard border is not put in place regardless of the outcome of trade talks with the EU. The PM seems to be focusing on this crucial Irish question, but has made some amendments, including scrapping the £65 fee for ‘right to residency’ by EU citizens living in the UK. She is also due to hold talks this week with union leaders worried about British jobs after the withdrawal.

Amendments proposed by other MPs include an extension to the Article 50 deadline, and a non-binding vote of four options: reconsidering Mrs May’s deal, leaving the EU with no deal, seeking to renegotiate the deal or holding another referendum.

Some MPs are calling to for the right to a vote for a plan that would prevent a no-deal entirely. The Times and I newspapers report that as many as 40 MPs could quit if they don’t get that ‘blocking Brexit’ vote.

Meanwhile, the Guardian commented on Tuesday 22nd on a report from the Institute for Government, stating that Brexit will cost the civil service £74m a year in staff turnover: civil service staff levels are currently at numbers not seen since the Second World War. And the risk of big national projects such as HS2 failing to be delivered on time or on budget is growing. The Guardian says that

“A chart shows that even with a 21-month transition period, government has a fraction of the time seven other key projects had including universal credit, and a pre Brexit border force customs system update”

and quotes the IFG report directly:

“If the UK leaves without a deal, deadlines for implementing new arrangements would be tighter still. The government could only expect to have ‘a fraction’ of the necessary processes and systems in place – such as ensuring that the UK complies with international law – by exit.”

All this chaos is very worrying for expats, whether EU citizens resident in Britain or British citizens abroad. The looming prospect of no-deal could have an effect across the board, disrupting travel plans, locking British expats out of public healthcare in their adopted nation, freezing their pensions and reducing them to ‘third nation’ status overnight.

A number of individual nations have correspondingly stepped up to the plate, drafting contingency plans to avoid a mass exodus of Brits – and their Euros – from the Continent. In December the French government voted on a residency plan in the event of a no-deal, allowing a grace period to permit Britons to ‘regularise’ their situation. Germany and Sweden are undertaking similar legislation, which should allow Britons resident in those countries a measure of reassurance in the form of a promised breathing space. However, this goodwill and sensible planning could be scuppered if there are any ‘tit for tat’ problems with regard to the UK’s treatment of French or German residents here: this may be alarmist in the light of the government’s apparent willingness to make some compromises, such as the removal of the residency fee mentioned above.

The EU Commission has issued a Q&A with regard to British citizens’ rights in the EU, which you can find here. It asks member states to:

– take measures so that UK citizens who are legally resident to be permitted to remain without interruption
– stand ready to issue residence permits
– accept applications for residence that are submitted in advance of withdrawal.

If you’re a family member of a EU citizen, it suggests, you should continue to be allowed freedom of movement. It also calls for pensions of both EU and UK citizens to be safeguarded.

In addition to this, the document addresses aviation and financial considerations, and other areas of concern across the board.

This is all positive stuff, and the main criticism that expat activist groups have of it is that it devolves responsibility to individual member states, thus potentially resulting in a situation in which Britons resident in Austria, for instance, might have different rights to those resident in Portugal. It is to be hoped that member states will follow the lead of the French in adopting the Commission’s suggestions.