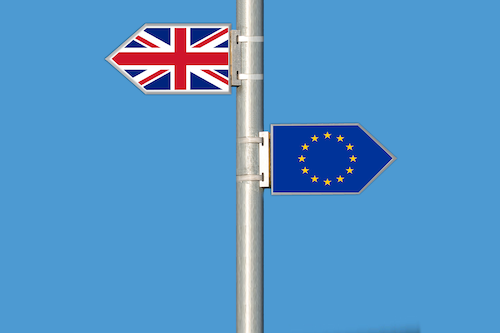 As the summer progresses and Covid finally starts to recede (or so we may cautiously hope), Brexit is once more coming to the forefront of some people’s minds. The pandemic has slowed negotiations – some commentators say that this has been more like ‘stalled negotiations’ – and there is a growing view that new political intervention will be needed to get the process going again. Something will have to restart negotiations as the timeline remains the same, in spite of the pandemic.Talks were held in mid-June, which included Boris Johnson and European Commission President Ursula von der Leyen. It was agreed that “new momentum” was needed and that talks throughout the summer should be intensified in order for a deal to be put in place. The British PM stated that we need a ‘tiger in the tank’ but Charles Michel, the European Council president, replied that the EU is “ready to put a tiger in the tank but not to buy a pig in a poke.” The EU remains firm on the issue of the expense of this whole process.

"We cannot exclude the prospect of a 'no deal' but we want to avoid it. The British are playing against the clock but that is not always the way to reach a good agreement. When you are outside the Union, you do not enjoy the same advantages as when you are inside. You cannot have a foot in and a foot out. You have to choose and I am not sure that they have understood the full magnitude of their withdrawal."

In order for the UK to emerge from the December transition with any trace of smoothness, a deal really needs to be in place by the autumn. With rows about fishing rights and a number of other issues rumbling on, the possibility of a deal anytime soon is looking overly optimistic.

With this in mind, what is in store for British expats resident in the EU from this month onwards? There have been a few changes, which we will take a look at below.

Negotiations between the UK and Malta are ongoing in an effort to keep Brits coming to the island and joining the 10,000 or so expats who are already there. Malta and the UK have a long and mutually respectful history and efforts are underway to make things as easy as possible for Britons on the island. Thus the 10-year residency permit for incomers is hoped to continue after December.

This month, the Maltese government says that it’s looking at the provision of pension and tax programmes to benefit Britons, particularly those coming into the country before Brexit comes into full force. New arrivals will be entitled to free healthcare, for instance, although newcomers will need to change their driving licenses. If you have the latest non-EU document of residency, you will still be allowed to work in Malta, too.

Over a million British expats in Europe are now entitled to access a £3 million emergency fund established by the EU to protect their post-Brexit residency rights. Charities and expat support groups in the EU will be able to access the UK Nationals Support Fund, allowing them to give help to expats making residency applications, especially pensioners, the disabled and the vulnerable. Most of these funds are predicted to go to Britons resident in Spain, France, Germany, Cyprus and Italy.

Financial aid will be eligible for those living in remote areas, people with mobility difficulties and expats who have problems with language or interpretation.

Some of the recipients of the UK Nationals Support Fund will include:

Support is also being given by British embassies, but this is mainly non-financial.

From August onwards, non-European residents in France will be able to go online to exchange their current national driving licence for a French one. See here for details.

There is no change to the actual process: the new portal just digitises it in an effort to catch up with the substantial backlog of applications. The French have already set up a portal for the British to do this.

If you are a UK resident in France, you will only need to exchange your driving licences for a French one if the following applies:

• your licence has been lost/stolen
• a new driving category has been added
• you have been told to to exchange your licence by a gendarme or police officer (usually if you have committed a driving offence)
• your licence or photocard is due to expire within six months.

At the age of 70 you must exchange your licence. Photocard licences need renewing every 10 years for most categories. Otherwise you can keep your British licence. British tourists and other non-residents will be able to use their UK licences in France after Brexit.

And finally, Wales Online reports complaints from British citizens who have now received their post-Brexit passports, with people dismayed that it is ‘black’ not the traditional dark blue, and concerned about the quality of the paper used. However, given the global pandemic, it is perhaps surprising that anyone has received one at all. The UK government warns:

“It is taking longer than the usual three to six weeks to process applications because of coronavirus. Do not apply unless you need a passport urgently for compassionate reasons, for example, if a family member has died, or for government business.”