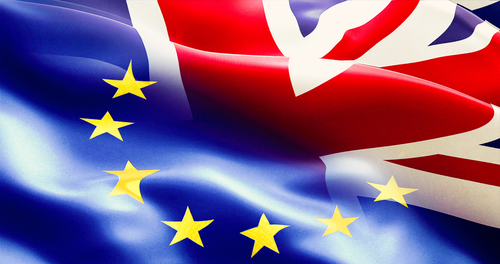 It is hard to find the vocabulary to do justice to the current state of affairs in the Brexit negotiations (a viewing of the box set of Yes, Prime Minister might prove helpful at this stage), but let’s look at what’s been happening as we near the original deadline for leaving the EU. We’re now just over a week away from leaving the EU – or are we?

Is the UK leaving the EU or not?

Politicians have been quick to say that we will still be going through with Brexit, and as quickly as possible – but it appears that this might not be quite as quickly as everyone thought. Theresa May’s proposed deal, having undergone some minor tinkering (including changing the pagination), was flung into limbo in mid-March by a surprise move from Speaker John Bercow, who invoked a very old piece of legislation to prevent the deal being placed before the Commons again. Essentially, the government has been putting the same deal forwards repeatedly until they get the result that they want and it’s evident that this is not going to work.

The Prime Minister thus returned to Brussels on Thursday to ask for an extension, and as James Felton in the Guardian writes

“…but only in the same way that you… ask your teacher for an essay extension, when they know full well you’re going to cram that time full of yet more useless procrastination.”

Moreover the EU is obviously running out of patience. They didn’t want the UK to leave in the first place and have had to endure a sort of Brexit ground-hog day as May has presented her deal over and over to the Commons.

A petition calling for Article 50 to be revoked gathered over a million signatures over 24 hours on 21st March, but is unlikely to have much significant impact apart from allowing people to express their feelings.

On Thursday 21st March the EU granted May a short extension up until 22nd May if her deal is approved, otherwise, if there is no deal, the UK will leave the EU on 12th April. May is now under pressure to name her own departure date, as there seems to be general agreement within the Conservative Party that she cannot continue as Prime Minister. Meanwhile in Brussels, Donald Tusk says that

"The UK government will still have a choice between a deal, no deal, a long extension or revoking Article 50."

May has ruled out the last option, giving Parliament a fairly stark choice.

So what does this current scenario mean for you if you’re a British expat living in the EU, or if you’re going to be visiting the Continent over the next few weeks?

First of all, if you’re planning to travel, make sure that you have your passport up to date and valid for 6 months after we actually exit. If it isn’t, then you will experience problems when travelling – the new rules are to prevent unrestricted travel across Europe.

You’ll also need to get your driving license sorted out. Check whether you need to pick up an International Driving Permit (£5.50 at the PO). Ordinary motorists – i.e. not commercial drivers) will still have the right to drive with a valid licence on the roads of EU countries, as this falls under the 1968 Vienna Convention on Road Traffic. But you will need a Green Card for your car insurance – you can find the details in the link below.

You ought to take out travel insurance. The government is committed to retaining the EHIC (European Health Insurance Card), just as Norway (not a EU member) does, but its status in the event of a no-deal is currently unclear. If we do crash out, the EHIC would need to be renegotiated individually with EU nations and there’s no way this is going to be done by the end of next week. So if you’re travelling, make sure you’re covered by independent insurance, just in case.

So what about this nightmare scenario of congested ports and grounded planes? The good news is that while there is likely to be some disruption (some British planes may not be allowed to fly from some EU destinations to others, but this will only impact a relatively small number of flights), this probably won’t be as apocalyptic as feared. British airlines will be able to fly freely to the EU for 12 months, giving time for longer term agreements to be put in place. Ferries and trains will continue to operate and Brits won’t be subjected to additional security checks (although note that there is a planned French customs strike, which is likely to be more disruptive than Brexit).

Can I still take my ferret to my place in France? The answer should be yes, as long as they have the relevant vaccinations and a pet passport, but no deal could affect the latter, so check with the government website for their recommendations.

If you are already a British expat living in the EU, it will come as no surprise to you that the situation is a mess. The campaign group Remain in France Together reported this month that some municipalities have stopped processing the paperwork of the 200,000 Brits who are trying to apply for residency, and their website below gives clear guidelines as to what’s happening on the ground and what you’ll need to do. In Germany, you’ll get a 3 month transition period to apply for residency, but you must do so, because after the end of June, you’ll need to prove your right to stay (for instance, your employment status). If you’re in Holland – perhaps having moved there with the exodus of British companies relocating to the Netherlands – you have a 15 month transition period to apply for residency.

The UK government are apparently expecting 50,000 expats – mainly pensioners – to return home over the next year. It is not yet clear how pensions are going to be affected: state pension rises may require a separate deal with EU states. In the case of your private pension, you urgently need to check with your pension provider as to how Brexit will affect annuity payments. As always, keep as close an eye as possible on the situation as it unfolds.

Do you live in Europe or the UK? What do you think of Brexit? Share your thoughts in the comments below, or answer the questions here to be featured in an interview!