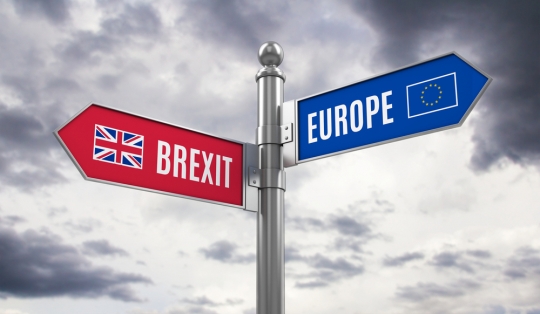 So the big news story this month is, just for a change…not Brexit. With regard to the latter, we are still in a holding pattern: Britain’s departure from the EU has gone ahead at the end of January but has been well and truly eclipsed by the dramatic events surrounding Covid-19.We are now in the limbo period of transition, which the Prime Minister has repeatedly said in recent days that he will not extend. Some senior civil servants apparently do not agree, suggesting that the UK and the EU do “not have the necessary bandwidth” to deal with the complexities of trade negotiation whilst a major health crisis is unfolding at the same time. Michael Barnier, the EU’s chief negotiator, has now tested positive for Covid-19.

Some top economists do not concur with that stance, however, suggesting that an extension of the transition period would be economically ‘disastrous.’ The PM has indicated that he is prepared to enter into an Australia-style relationship with the EU on WTO rules; one similar to that which is currently experienced by Canada, Japan and South Korea with the EU.

This means that there is tariff free access but countries are responsible for their own regulatory frameworks. The big news in the last week with regard to EU/UK relations has been a developing row over fishing rights: shades of the Cod Wars which older readers will well remember. We shall return to this briefly below.

What does all this mean for expats living and working in the EU? And how might the viral outbreak impact Brexit? Even though a face to face meeting between negotiators keen to set up a trade deal between the EU and the UK had been ruled out, Covid-19 has now scuppered all talks, virtual or actual, for the time being. However, a UK government spokesman has said that the teams expect to share a draft FTA (Free Trade Agreement) in the near future alongside the draft legal texts of a number of the standalone agreements as planned.

If you are an expat living in the EU, the arrival of Covid-19 on these shores has made the discussions regarding freedom of movement an ironically nostalgic memory. If you are living in France, Spain or Italy, then you will be effectively under house arrest at the moment and unable to leave your home except for medical treatment, essential food shopping or caring for someone vulnerable.

The FCO has instructed all British tourists in Spain to leave before Tuesday, 24th March, while they still can.

But life does not stop entirely even during an unprecedented health crisis, and Brexit still continues to have an impact on the lives of Britons abroad. In the last month, research by “Brexit Brits Abroad”, based on interviews conducted during 2017-20 with Britons living in France and Spain, revealed a significant amount of uncertainty and confusion with regard to the forthcoming end of the transition period.

The report says that British expats feel abandoned by their own government, whilst officials in their host nations do not always seem to know what is going on either. Different Spanish local authorities interpreted freedom of movement differently, thus meaning that some British locals have not been registered as residents.

A row about fishing rights with the Spanish authorities has led to hints from a British government minister, George Eustice, that the navy could be deployed to protect “British waters” against EU fishing vessels. This obviously has not gone down well with the Spanish. Maura Hillen, the president of the AUAN residents association in Spain, warns that:

"There was a feeling of exceptionalism [based upon Britons' arguments that] we're a valuable source of income for the local communities, so we'll be the exception to the rule when it comes to immigrants…now we're past that and into the transition period, the reality is beginning to bite – and that 'exceptionalist' attitude is beginning to go."

She added that Brits in Spain were starting to come to terms with the bureaucracy, switching over from UK driving licences and applying for residency. Researchers report high levels of confusion and concern over issues of freedom of movement, particularly amongst expats who have ill or elderly relatives back home in the UK, or those worried about continuing healthcare rights in Spain. Some have already returned to the UK.

Other expats agree with Hillen, with one noting that the ‘sense of entitlement’ among the British is fading, with the realization that they are allowed to remain in the country only by courtesy of the Spanish government.

The Telegraph reports, however, that the appetite among British citizens for buying property in the EU remains high, with many people attempting to buy places in the window before the transition period closes: a process that has now been put on hold due to the viral outbreak. Expats resident in Spain report the same phenomenon, with anecdotal evidence of Britons rushing to buy property in the country while this is still reasonably easy to do. Some regard the bureaucratic issues as teething problems and say that the necessary paperwork is still minimal.

Meanwhile, things seem much rosier in Portugal, which is considering offering subsidised post-Brexit healthcare to British tourists in an attempt to minimize disruption to the tourist industry and also to continue to make Portugal attractive to UK citizens. Talks are underway for the European Health Insurance Card (EHIC) to remain viable for British citizens, although this may not apply elsewhere in the EU. Rita Marques, the Minister for Tourism, has said:

“The Portuguese and the UK are the oldest allies in the world and no matter what happens the Portuguese will stand by the British. The British traveller is very important to us.”

The Portuguese government is also looking at the possibility of creating dedicated passport lanes for British tourists and residents, and is hoping to continue arrangements to recognise British driving licences and allow entry for British pets.