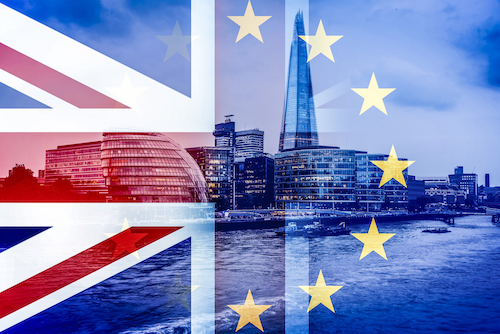 Suggestions that Brexit will still be with us in 2030 started to seem less sarcastic and more realistic this month, with the collapse of Theresa May’s attempts to arrive at a mutually agreeable solution with Labour.On Tuesday 21st May, Commons leader Andrea Leadsom informed the Prime Minister that she could not accept any deal which left open the possibility of a customs union to sweeten the pill for Labour.

“I have been very clear for years – leaving the EU means leaving the single market, leaving the customs union, taking back control of our money, border and laws.”

Given that Leadsom has been tasked with steering the deal through the Commons, this shows what an ongoing struggle the PM is facing, with the need to finalise the plan and present it to Parliament in the week beginning 3rd June. Will Labour be voting for it? Highly unlikely, according to the Shadow foreign secretary, Emily Thornberry, who has described the vote to the Today programme as a “political version of the last rites” for May’s time as PM and added:

“From what I’ve heard there’s really no radical difference between this withdrawal agreement bill and Theresa May’s meaningful vote that she’s lost many times. I think that Labour MPs will vote against it, I think that Tory MPs will vote against it. And I’m afraid it’s almost a piece of political theatre, as if she needs to have a dignified way of leaving – it’s like her moment that she will resign when she doesn’t get this bill through. She cannot realistically expect it to get through without fundamental changes. And we’re not getting fundamental changes, from everything I hear.”

May is depicting the proposed legislation as a formal bill rather than an outline plan, but it’s her fourth attempt to push this through and many commentators feel that it’s become a case of ‘same old, same old.’
Meanwhile Chancellor Philip Hammond is engaged in a battle to rule out a no deal, something to which he – and many other politicians – are vehemently opposed.

What does this mean for me as an expat?

If you’re an EU citizen living in the UK, you’ll already be well aware of the EU Settlement Scheme, and you’ll have until at least 31 December 2020 to apply even if we end up with no deal.

If you’re a Brit living in the EU, then it obviously depends – as we’ve been saying all along – on which country you’re residing in, and you’ll probably also be painfully conscious that Brexit has already caused difficulties in some countries. French regions have been reporting a backlog in processing residency applications and new driving licenses, with some applicants being asked to wait until Brexit has already happened: a worrying state of limbo, to say the least. Not surprisingly, a poll taken of international removal companies showed that the rate of people moving between the UK and the EU has significantly slowed down on both sides of the Channel. People are just not prepared to take the big step of moving abroad when there’s so much uncertainty.
Emigrate.co.uk says:

“Clearly, the reality of Brexit is hitting hard on would-be expats’ choices of destination as well as dramatically reducing the flow of expat professionals heading for new UK jobs. Uncertainty as regards job security and workers’ rights is encouraging EU citizens to find opportunities elsewhere in states which allow settlement without the fear of upheaval.”

The issue of pensions has also been in the news, with uncertainty still remaining over how Brexit will affect expats’ pensions and a record level of claims from Brits living in Spain, particularly, over allegedly mis-sold PPI.

Sarah Stokes, a pensions expert from Pension Claim Consulting Ltd says that the firm has been handling £4.2million’s worth of claims.

“In the last year we have taken on 141 claims from expats with average compensation windfalls of around £30,000. We are handling more claims from worried expats than ever before. Even though we may not leave the EU until the end of October many of our clients are putting in claims now because they are terrified their pensions will plummet after our exit.”

She adds that British expats are worried that Brexit may affect their ability to claim the money back, as well as being concerned about the negative impact that Brexit, and particularly a no deal, might have on their existing pensions. Stokes is, however, reassuring about PPI, at least: “Thankfully, all expats entitled to compensation will be unaffected by the outcome of Brexit, the same rules will apply to everyone.”

In addition to this, at the end of April came a worrying report via the Independent that France has started issuing income tests, with some expats being given 30 days to leave despite being home owners in the region. Whether this will affect you may depend on which region of France you live in, but it’s obviously a concern. Income checks have technically always been in place, but according to internationalinvestment.net, “Up until recently, France has rarely followed income checks on EU citizens and so many self-supporting British people have been happily living here, albeit surviving on less than what the France deems acceptable.”

Previously, there have been fears that the French would only do this if the British government targeted French citizens in the UK, but in fact, with the new settlement scheme, the British regulations (which don’t involve income testing) are now more flexible than France’s scheme.

The situation in some other countries, however, such as Spain, is a little more stable, with Brits being given a grace period for residency applications. But International Investment reports that 4 out of 5 British expats are worried about their right to remain after Brexit and we may still be looking at an exodus back to the UK after the event, mainly related to fears over healthcare on the Continent.

Since the UK didn’t leave when expected, we also have the European elections coming up and it will be interesting to see who votes for what.