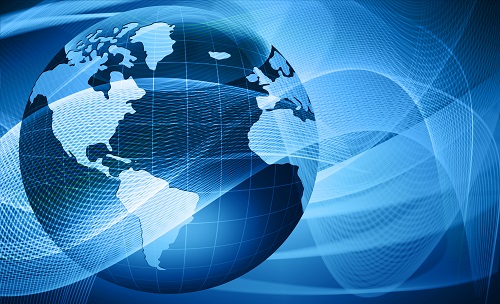 There have been some devastating stories in the news since our last international update, with the Taliban taking control of Afghanistan, an earthquake in Haiti, and a mass shooting in the UK. However, expat news always plays out against a backdrop of world events, and this month, we’re going to take a look at the things most likely to affect you.

Singapore may be looking at relaxing restrictions for the vaccinated, which will be a considerable relief to the city state’s many expats. Strict border controls – among the toughest in the world – have certainly had an impact on the pandemic, with only 39 deaths. However, they have also had an impact on the economy and on freedom of movement. Reuters reports that large numbers of expats have been stranded abroad, in spite of holding jobs and visas, and in addition, many are afraid to leave in case they can’t get back in. Countries with zero Covid-19 strategies, such as Australia, Taiwan and Hong Kong, are in the meantime keeping an eye on Singapore to see how things develop.

Local experts say that the pandemic has ‘muted’ the impact of recent government ‘local hire’ reforms, which we’ve reported on elsewhere. Singapore remains an attractive destination for white collar professional expats, particularly in the banking and financial sectors. However, blue collar workers are likely to start feeling the pinch, with the government’s aim of reducing overseas hires from 20% to 15% by 2023, and service sector hires also due to decrease. Covid-19 restrictions, including delays in processing travel permits, are compounding the issue.

Australia: expats could be ‘trapped’

The BBC reported in early August that Australian expats currently living abroad could find themselves ‘trapped’ if they return to Australia, ending up in flash lockdowns. Australians living in other countries will now be subject to outward bound Covid-19 restrictions if they return to Australia and then need to return to their host nations. Australian expats have described the new policy as ‘barbaric’ and have said that they have woken up to news that they are ‘effectively exiled’ from their own country.

The Australian government is not planning to re-open its border fully until 80% of the population has been vaccinated. This month, the rollout is currently running at 15%, with half the population still in lockdown. So, the situation is ongoing, causing heartache for Australian expats abroad. Former PM Malcolm Turnbull has told the BBC that the vaccination rollout has been ‘the biggest failure of public administration I can recall’ and branded it ‘colossal.’ He adds that the Australian authorities did not buy enough vaccines, and concentrated on the Astro-Zeneca jab, doubts about which fuelled vaccine hesitancy. The slow progress of the vaccination roll-out means that Australia is unlikely to start opening up much before 2022.

The UK government has announced that applicants who have applied late to the EU Settlement Scheme, and joining family members, will have their rights protected while their application is determined. Over 6 million applications were made before the June deadline, with 5.1 million being successful. This is considerably more than was estimated – the initial official estimate was that around 3 million people would apply.

A comparatively small number of people missed the deadline. The UK authorities have now said that their rights will be protected until their applications have been properly processed, and joining family members will have temporary protection for 3 months after their arrival in the UK, pending the outcome of an EUSS application made during this period. The government has asked employers and landlords to take a look at the employer and landlord checking services on the UK government website if they are unsure about anyone’s residency status given their late application.

In late July, the press reported on the ongoing issue with new income requirements for British citizens applying for residency/visas in the EU, which they will need to do if they want to spend more than 90 days in their host country. Definitions of ‘sufficient income’ vary from state to state, making the issue even more complicated. Blevins Franks have warned that expats reliant on income from draw-down pensions (which may look erratic on month-by-month statements) or life insurance bonds may find that this does not count for residency purposes in their host nation. They say that ‘some jurisdictions have developed an interpretation that a simple deposit of the income required for the period of the residency permit in an account which can be drawn upon is sufficient. Others are far stricter, expecting to see income in its regular, taxable form, such as earnings, pensions, rentals, dividends or interest.’ In the case of the latter, expats will need to balance new, more stringent visa requirements over tax efficiency.

If you’re living in the EU and haven’t yet sorted out the new regulations relating to your UK driving licence, the UK government has issued a handy checklist.

In the majority of EU nations, you will be able to exchange your driving licence without taking another test. The main exception is Italy, who are insisting that drivers re-take their tests if they are exchanging their licences after January 2021. If you moved after this date, you will have 12 months on your UK driving license, but will need to retake a test in order to be granted an Italian licence. In Spain, you may need to retake, but check this with the local authorities, as it is not yet clear whether this will be mandatory for everyone or not.

Expats paid for US residence

It’s not quite that easy! However, some local authorities in the USA are offering up to £7K as a cash incentive to entice remote expat workers to take up residency. In Tulsa, Oklahoma, for instance, a $10K offer has been made, along with free desk space and networking events. If you’re looking to relocate to the States, this might be worth considering!