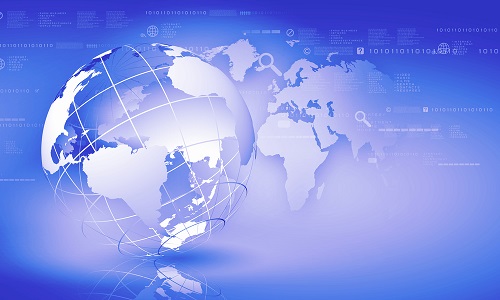 The international news remains dominated by Covid-19, but there are other news items worth noting, too. We’ll take a look below at the current stories affecting expats across the globe.

Stop over options increase from the UAE

Since the UAE is on the government’s red list, anyone flying in from the Emirates will need to isolate in a managed hotel, but at least there are more options for stop over countries, now that the UK government is relaxing its list somewhat. Travellers from the UAE are now looking at countries such as Malta and the Balearic Islands to wait out their Covid-19 time, and travel agencies say that bookings to these regions have substantially increased in July.

Expats in Thailand must receive ‘20%’ of US Covid-19 vaccinations

We’ve reported before on US expats insisting that the American government gives them some vaccine help, and it looks as though this is on the way, with the chief of Thailand’s National Security Council stating this month that foreigners in the country must receive 20% of the 1.5 million doses donated by the US. It’s not entirely clear what he meant by ‘foreigners’, or if his comments were specifically targeted at US expats. However, these doses are reportedly due to arrive by the end of the year – small comfort for unvaccinated US citizens who are suffering from the slow rollout in the country. Many wealthy Thais have been flying abroad to get their shots, and a number of US expats say that they are considering following suit.

US expats point out that only they and citizens of Eritrea have to file their own country’s taxes while they are abroad, and thus their government ought to take some responsibility for them. Michael George DeSombre and Scott Brown, former US ambassadors to Thailand, have lent their voices to this plea, as have 26 US lawmakers who recently wrote to Anthony Blinken, US Secretary of State, urging vaccines to be made available at US embassies and consulates.

What the Thai health authorities have explicitly stated is that elderly or vulnerable expats should be given priority in the vaccination programme, once the rollout finally gathers speed.

High school students who achieve excellent grades in Dubai are to be offered the new golden visa. The state news agency reports that students who score 95% or above will be offered a 10-year visa, and the offer will also be extended to their immediate families. This is a measure, on the part of the state, to encourage talent. It is an “appreciation of the efforts of outstanding students and their families, and within the framework of the UAE government’s direction to create an attractive and encouraging environment for talented people.”

InterNations has released their expat insider survey for 2021, as we reported recently, and New Zealand scores well: 83% of respondents say that they like the lifestyle (a percentage considerably higher than elsewhere in the world). 81% report satisfaction with their job security – 20% higher than the global average. With regard to job prospects, 65% reported a positive outlook, compared to 45% globally. But New Zealand is, nonetheless, not in the InterNations’ top ten. Taiwan, Mexico and Costa Rica are in the top three.

Expats report that at least three medical institutions in Taiwan have been charging overseas residents up to 57% more for PCR tests. They say that the higher price was being applied to anyone with an Alien Resident Certificate (ARC).

In mid-June, President Putin issued a last-minute visa extension to foreigners trapped in the country by Covid-19 restrictions who have been facing deportation. Having been told that they would need to leave the country by 15th June, they now have breathing space until at least 30th September. Employers will also be able to apply for work permits, and employees will be able to continue working up until either 31st December or until the end of their contracts. This is good news for expats in Russia, since the country has imposed very strict restrictions on who can enter the country, and the issuance of most types of visas has been suspended since the start of the outbreak.

The EU, the UK and the British Overseas Territory of Gibraltar have been wrangling over a post-Brexit treaty since the end of the transition period, and that treaty now appears to be on the cards, following events in late June. It was hoped that this could be finalised by the end of June, but delays in securing a mandate have meant that this has not been possible. A mandate has still, in mid-July, not been submitted. Gibraltar’s chief Minister, Fabian Picardo, says, “We must all realise that when the mandate does emerge, it will be the EU’s opening position, it will not be the treaty itself.” He has warned that the treaty may well contain proposed terms that neither the Rock nor the UK like.

The main issue remains freedom of movement for the many workers who commute between Gibraltar and Spain, and it is hoped that an end to some of the paperwork that this involves might be seen. Picardo has said that he has no problem in taking on the EU over the proposed terms of a treaty and is prepared to do so. Ursula von der Leyen has said that any treaty must be compatible with EU law.

Gibraltar will also need to deal with the new Spanish Foreign Minister, Jose Manuel Albares, who was appointed on 12th July, replacing Arancha Gonzalez Laya, following a crisis involving Morocco. The situation has been somewhat volatile, but Picardo appears confident that he can go into bat against the EU to secure rights for the Rock’s citizens, and he has said that he is also confident that Snr Albares will support negotiations.