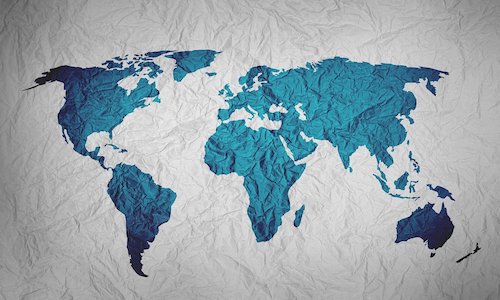 It will be with a sense of déjà vu that you read that the main news item for expats continues to be Covid-19 and the pandemic’s various ramifications, mainly to do with travel. Our main suggestion is to do what most of you are doing already: keeping an eye on government regulations and recommendations, and making arrangements accordingly.This is obviously difficult: different countries are at different stages of the pandemic. The UK government, for instance, has backtracked on a number of options, such as placing travellers in voluntary quarantine. At the time of writing, the UK is discussing the possibility of opening up ‘air bridges’ (originally a military term) between itself and some European nations, such as Spain. According to the latest talks, Britons may be allowed to skip quarantine and travel to countries such as Greece, Spain, Australia, Portugal and France very soon. Airlines originally drew up a list of 45 countries but this has been reduced.

At the moment travellers arriving in the UK, with a small number of exceptions, must quarantine for 14 days and must fill out a form giving an address. You can face fines if you disobey the rules.

Keep watching the news, as this will significantly affect flights and other forms of travel. Two things need to happen for international travel to be green-lighted: the Daily Telegraph reports that travel will only be allowed after advice from the chief medical officer provides advice on each country, and in addition the Foreign Office will need to lift its ban against non-essential travel to those countries. Governments, airlines and travellers alike welcome the news, however, with the Portuguese Ambassador to the UK stating that Portugal is looking forward to welcoming British visitors back again.

However, if you do manage to get away, you will notice some changes. Some countries are using Covid and the disruption it has caused to revise their policies towards tourists: party boats have been banned in Majorca, Menorca, Formentera and Ibiza in an apparent attempt to maintain social distancing policies but also to cut down on some of the drink-fuelled tourist excesses which have been a feature of some resorts in recent years, although there have been denials that this is a specific aim. Bars may also be due to close around 10 pm. The Balearic authorities have demonstrated a wish to clamp down on hard-drinking tourists and attract a more family oriented demographic and it may be that the pandemic has provided them with the opportunity to finally do so.

The pandemic is affecting different countries in different ways. In the UK, the incidence of Covid-19 in care homes has been an area for concern and a burgeoning scandal, whereas in Singapore the disease has had a major impact on the overseas worker community. According to the Singapore News, dozens of Covid clusters connected to foreign worker dorms have been identified to date, including Singapore’s largest cluster of over 2,700 cases. Around 400,000 workers live in dorm residences. As of mid June, around 75,000 Covid-free workers in dorms have been moved to cleared premises, but the country is planning a forecast of dorms and blocks to be cleared on into August.

New Zealand has had a low incidence of Covid due to its prompt action on strict lockdown, but in June two women coming in from the UK were tested positive for the illness – after they had made a 400 mile round-trip in New Zealand. They did so after being released from quarantine on compassionate grounds to visit a dying relative, but PM Jacinda Ardern suspended the programme that allows early release and says that New Zealand’s successful virus response should not be undermined. So expect some strict border controls if you are coming into the country.

The Dubai-based Al Bayan newspaper reports that the Director of Public Health at the Gulf Health Council, Dr. Ahmed Al Ammar, has stated that the Gulf countries may not witness a second wave of the spread of Covid 19, due to lockdown policies in the region. We have reported elsewhere in this newsletter, however, that many foreign workers, mainly Egyptian, Indian, Filipino and Pakistani, have been leaving the region in droves, due to the impact of the pandemic on economic stability.

Meanwhile, SAGA has refunded £44 million of advance payments to customers whose travel was disrupted by the pandemic. The group suspended travel operations in mid-March and cancelled all departures up to and including August. Customers have either had a refund or been booked on future trips.

The Scottish government has issued guidelines for second home owners as the country eases out of lockdown and has at the time of writing has had no new reported Covid cases for six days. You can travel to a second home to deal with an emergency, such as a mains water leak or break-in. Once there, you may remain there, but you should only do so for as long as is reasonably necessary to deal with the emergency.

From 29 June 2020, you can travel to a second home to check that it is secure and in good condition. Again, once there, you may remain there, but only for as long as is reasonably necessary. You are not allowed to travel to your second home for leisure purposes and you can’t let your second home out, either.

Note that the restrictions are different when it comes to England. As of June you are still not permitted to stay overnight away from the place where you or your support bubble are living – for a holiday or similar purpose – in the UK or overseas. This includes staying overnight in a second home.

As with other travel arrangements, keep an eye on the news over the next few days as the situation is changing rapidly.