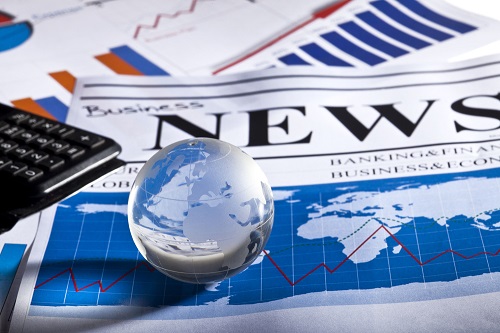 Kuwait has now passed a set of draft rules which extend the maximum residency period for expats from two to three years to five years. The new legislation is being passed to the National Assembly. If it is ratified, expats will find that they have a longer breathing space to organise their residencies. The new legislation does not only apply to individuals; the maximum family visit visa period is also due to be increased, from three months to one year. The maximum period of residency for foreign investors is being extended to 15 years. If you own real estate, your residency will be for 10 years.

Driving licenses are still an issue in Spain

We reported last month on the hot topic of Brits whose UK driving licenses are no longer valid in Spain, and this issue is still ongoing. Hugh Elliot, British Ambassador to Spain and Andorra, says that negotiations are still underway, and that progress is being made, although frustratingly, he does not seem able to say what kind of progress that is.

He has said that the Spanish would not agree to interim measures (i.e. just letting Brits use their UK license until a solution was found). He has also stated that “Spain has agreed to a clause that will allow everyone back on the road from the moment the agreement is signed. This will be for a period of up to six months to allow people time to exchange their licenses.”

Good news, obviously, but in the meantime, people are naturally becoming extremely frustrated, and a petition aimed at the British government has already been launched. It has gained over 3,000 signatures at the time of writing, but needs 10,000 for the UK government to respond. If you are interested in contributing your signature, you can do so online at petition.parliament.uk/petitions.

Hugh Elliot says that a solution is ‘weeks not months’ away, and it is to be hoped that he’s right.

British expats in Spain told the Daily Express in May that the golden visa, which like many of its kind is dependent on applicants’ bank balances, is off-putting. The visa requires you to invest €500,000 in a property or a business, but the ordinary residency visa also comes with some financial strings attached – you now need private health cover and a pension that brings in €2,151 per month (€538 for a dependent or relative).

Property sales among British expats are falling. Although the golden visa end of the property market remains strong, Graham Hunt, an estate agent based in Valencia, told the Express that “Brits are no longer buying homes and coming to live here. Instead, they are buying holiday homes as the new post-Brexit restrictions are putting people off moving to Spain.”

He also noted that customs charges are having a negative effect, with Brits finding that they now have to pay stiff charges for goods ordered from the UK.

Return of the Ten Pound Pom

Southern Australia has introduced a £10 return fare for the 18-30 age group in an attempt to attract young visitors into the country – seeing a return of the old ‘Ten Pound Pom’ scheme, first introduced by the Australian government in 1945, under the Assisted Passage Migration Scheme.

“The return of the ‘Ten Pound Pom’ scheme may be a marketing initiative from the South Australia tourist board to drum up interest in the area for young backpackers, but the fact that Australia suddenly appears to want us to come is a welcome change after Covid lockdowns. It has certainly revived interest in Australia as a destination. Most families moving to Australia will need closer to £10,000 to complete the visa processes and pay for flights, removals and setting up a home.”

He warned, however, that house prices in parts of Australia have ‘gone troppo’ (completely mad), with real estate prices soaring after the pandemic and perhaps fuelled by demand from returning expats. The government says that the average price of a home is now $920,000 (£525,000), with the highest prices found in New South Wales and the Australian capital territory. However, prices in Western Australia remain comparable to those in SE England, and Perth is popular due to its relative accessibility to the UK by air.

The ongoing economic and political crisis in Sri Lanka is impacting tourism and travel, with Tui cancelling flights until June 12th, an extension to the previous end of May deadline. The UK government is advising against all but essential travel to the troubled country, although Tui notes that passengers in transit through Sri Lanka’s international airport should be unaffected.

The Sri Lankan government has lifted Import /Control Licences in an effort to ease the crisis, and says that importers must “rationalize” purchases “on the basis of importance and urgency to save the limited foreign exchange for the purpose of importation of essential commodities to ensure their uninterrupted supply.” Many expats have taken to social media, along with locals, to express their anger at the Rajapaksa regime.

US expats flock to Portugal

The LA Times reported in May that Californians, in particular, are relocating to Portugal, finding the coastal areas and climate similar to home, but with increased affordability and safety. Portugal was recently shown by a poll to be one of the safest countries in the world.

The US population of the country increased by 45% in 2021, with one Porto-based property broker telling the newspaper that around 95% of his clients are now American. Foreign investment has greatly benefited the country, although there is some inevitable pushback from locals, who have been pushed out by rising rents and property prices.

Queen’s Platinum Jubilee celebrated by expats around the world

British expats have not found themselves left out of the Queen’s Platinum Jubilee celebrations, with a British themed pub in Santa Monica, California, supplying afternoon tea and a Queen impersonator. There have also been community celebrations among expats around the world, from those resident in Valencia in Spain to those residing in Hong Kong.