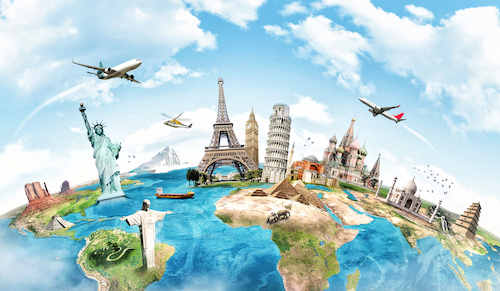 Spain has been badly affected by the Covid-19 outbreak and Britons who have been visiting the country have been advised by the FCO to return home while they are still able to do so. Hotels will be closing along with short-stay accommodation such as campsites and caravan parks.The FCO says that British travellers in Spain should contact their tour operator or airline as soon as possible, to sort out their return journey home before March 24th.

Tourists stranded in Morocco and Turkey

As countries all over the world head into lockdown in an attempt to slow the spread of Covid-19, the Turkish government has cancelled all flights between Turkey and the UK, resulting in many British tourists being stranded in the country. Some tourists in Morocco are in a similar situation. Stranded travellers report that the British embassies have not been particularly helpful – and people are running out of money and resources, since many travellers do not speak the local language.

However, expats resident in Turkey report that the government is dealing ‘sensibly’ with the crisis.

Expat businesses under threat from Covid-19

Expats working in Spain, particularly those who are self employed, have warned that their businesses could be under threat from the economic slow-down caused by the viral outbreak. Many British residents sunk capital into homes and small businesses such as bars, and with a 6-week lockdown looking increasingly probable, business owners are wondering how they are going to survive. One British auditor is reported as saying that up to three UK expat SMEs could fold daily.

UK buy to let properties not such a safe bet?

Expats who have buy to let properties in the UK are facing issues surrounding stamp duty. The new Chancellor, Rishi Sunak, imposed a two per cent stamp duty surcharge on non-UK tax-resident investors in his recent budget. This duty, which also applies to second homes, has been imposed on top of the existing 3%. The new charge will be applicable from April 2021.

Singapore is a good bet when it comes to economic freedom

A report from the Heritage Foundation has recently depicted Singapore as a winner when it comes to economic freedom. It says that Singapore has ranked among the freest economies in the world over the course of the HF Index but for the first time has been put into the top spot this year. The HF describes the city’s performance as ‘extraordinary’ and says that it has resulted in one of the world’s highest per capita incomes and solid rates of GDP growth. Civil liberties remain a concern, but the city is highlighted as a destination for expats. The report notes that foreign and domestic businesses are treated equally under Singaporean law, and almost all sectors of the economy are open to 100% foreign ownership.

The situation is not quite so rosy in the Cayman Islands, however, which have recently been placed on a EU blacklist: the country has failed to crack down adequately on tax abuse, says the EU, along with:

These countries do not have adequate anti-fraud measures in place, according to EU authorities. The Caymans were previously grey-listed, but still have not implemented measures which are acceptable to the EU, although the government plans to appeal. They are the first British territory which has been placed on the blacklist.

Currently, Turkey remains on the greylist and has not yet been moved to the blacklist. Oxfam, which has been campaigning on this issue for some time, says however that:

"The EU needs to strengthen its blacklisting criteria, put its own house in order and push for an ambitious and effective minimum tax rate at global level."

After the collapse of Thomas Cook in 2019, ATOL handed out around £500 million in compensation to British travellers, resulting in the travel industry’s ‘lifeboat’ having severely depleted resources – an issue which is likely to have serious repercussions as the chaos caused by Covid-19 kicks in. The British National Audit Office has launched an investigation into the government’s response to the travel giant’s collapse.

Over the last month, Boris Johnson has pledged that expats who have lived abroad for over 15 years will recover their voting rights in the UK. The British government is intending to scrap the arbitrary rule that prevents British citizens from participating in UK parliamentary elections. This perhaps makes a small redress to all those Britons who lost their local voting rights when Britain left the EU at the end of January.

The question of voting rights has been a big issue for British expats abroad for some time, however, and the news was revealed in a letter personally signed the PM to campaigner Harry Shindler, who has campaigned for over 20 years to see Britons overseas gain the right to vote.

Campaigners have pointed out that Britons resident abroad are still affected by politics in the UK, not least being Brexit itself. But British expats may still be paying taxes and contributing to the UK economy and some, like Mr Schindler himself, has after all fought for his country. The letter states that:

“Most British citizens overseas retain deep ties to the United Kingdom. Many still have family here, some will return here, others are drawing a British pension after a lifetime of hard work…”

Mr Schindler, who is 99 and who fought in the Second World War, says that:

"This is a great victory for all of us patriotic Brits who have campaigned for years to get the vote back.”

He hopes to be able to vote in the next election.