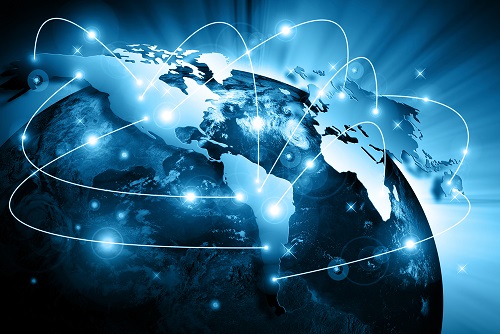 Insight Discovery, the Dubai-based consultants, say that their third annual reputation study shows that independent financial advisers in the region are one of the ‘least trusted’ professions. Over a thousand respondents said that advisers in the financial sector had the ‘fifth worst’ reputation among local professionals. This is partly due to the presence of unregulated advisors, and partly due to practices such as cold calling. Top of the list came recruiters, followed by credit card companies, telemarketers, and estate agents. Insight Discovery is calling for tighter regulation of financial advisors.

The UAE has seen a first wave of people being awarded nationality, in line with the government’s wish to attract wealthy expats. Sir Tim Clark and Tony Douglas, president of Emirates airline and chief executive of Etihad respectively, are among them. Spanish footballer Michel Salgado, who runs a soccer club in Dubai, along with execs from a couple of successful start-ups, have also been awarded nationality. Recipients told the Financial Times that they were grateful to be given security for the future and now knew where they were going to retire.

Singapore is seeking tech personnel, to the extent that people with the right skills are being headhunted to a level that used to be the preserve of bankers. The technical departments of banks like Goldman Sachs are being increased, while the city-state’s four new digital banks are urgently seeking personnel. As we’ve reported before, Singapore has aimed to increase the number of local hires, and although the government has been targeting citizens born in the city-state, there are deemed to be insufficient people with the relevant skill base to fill current positions. As a result, expats who are already resident in Singapore and who have a tech background are finding that they’re in a good position. They can even afford to be selective. If you’re based outside Singapore and are looking to relocate, though, you might not be so lucky, due to the local hire initiative. Recruiters also warn locals that salaries are currently inflated, so once things start opening up again, be careful that you haven’t priced yourself out of the market.

New South Wales transport minister Andrew Constance says that international licence holders in all Australian visa classes might need to convert their documentation into NSW licences. This should not affect expats who have residency, but it could affect students. You can blame footballer Sam Burgess for this; the star totalled over 30 driving offences while on holiday in NSW and did not have his UK licence revoked. Constance says that he’s determined not to have this kind of thing happen again, once international travel opens up and more people start coming into the region. If you’re in NSW, check with the authorities to make sure that you’re safe to drive with your existing licence.

We’ve reported before on an exodus of expats from Hong Kong. In addition to this, the number of work visas granted to expat workers has significantly declined in 2020, partly as a result of Covid-19 and also as a consequence of the recent unrest. However, unemployment generally has been rising in HK: it is at its highest rate since 2004. The food industry, commerce, tourism and real estate have been badly hit by the pandemic, and jobs are suffering as a result.

Spain has recorded a boom in British expats during 2020. Despite the pandemic, 22,000 British citizens managed to register for residency, a rise of 6.1% on the previous year. Coastal regions have, unsurprisingly, proved to be the most popular: Andalucia records 29% of the British expat total, followed by 27% in the Valencian Community. The islands are also a popular choice among British expats. Brits make up the third biggest expat community in Spain, after Romanians and Moroccans (the British are followed by the Italians and the Chinese), and their average age is 54.

However, the Spanish have been criticised, by London-based international tax firm Del Canto Chambers among others, for showing a ‘lack of reciprocity’. British citizens who own property and rent it out may find themselves getting slammed for tax in Spain and might not be able to claim back for expenses. DCC points out that the so-called ‘golden visa’ is an option – if you’re prepared to part with £1600 for consulate fees – but they warn that the Spanish authorities may see a rise in legal cases brought by disgruntled expats.

Expats resident on some of the Greek islands, such as Hydra, report that they have been unable to access the country’s vaccination programme. The Greek vaccine rollout is linked to your AMKA (social security) number, and even though the government has tried to resolve this by issuing temporary AMKA numbers, residents say that they haven’t even been able to book an appointment. They report that AMKA numbers issued in 2021 do not work on the vaccination website.

Overseas residents of the Aegean islands report a more positive experience, with foreigners who are not under the public health scheme being encouraged to go to their nearest clinic. However, a number of retirees – the first target group of Covid-19 vaccine programmes – say that they are slipping through the net. To obtain a residency permit, you need to have proof of private health insurance, thus many people have simply not bothered to sign up with AMKA. With Greece opening up to tourism again, a number of expats say they are reluctant to leave their houses, since they’ve not been vaccinated.

In Spain, non-Spanish staff at international schools also report that they’ve not had their jabs – despite their colleagues having been vaccinated. They say that they feel left behind, and some are teaching younger children who don’t require masks. We spoke to a British expat teacher in the Balearics, who says that the rollout there has been ‘like watching paint dry’ and that he does not expect a vaccination until next year. Various embassies have been contacted to try to rectify the situation, since all residents of Spain should be eligible.