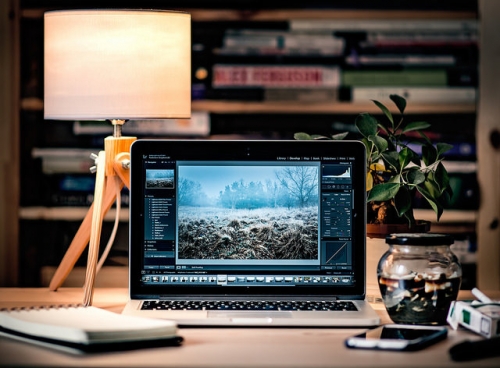 There’s no doubt that the experiences and risks that an expat faces when moving to a new country are very similar to those facing entrepreneurs who start up a new business.

Whether their new business is in their home country or overseas, there are a number of reasons why expats make for great entrepreneurs.1. They are not risk averse

Expats moving overseas for a work assignment are embracing risk and that’s a characteristic that few people possess; they also have a sense of adventure, lots of curiosity and want to make a success of their opportunity.

These elements are great characteristics for entrepreneurship since anyone starting a business will also need to have the abilities to deal with unfamiliar and difficult situations.

Expats also need to build new social and business networks so they have friends and business acquaintances they can trust and rely upon.
Entrepreneurs, as well as expats, are open to new and different ideas and adjusting to a new way of doing something they may already be accustomed to.

Again, as an expat, they have to face their emotions when are confronting either success or failure in a professional way for a positive outcome.

An expat who moves overseas will learn more about new cultures and new ways of working, and will also find that their environment will create new business ideas.

This element of identifying positive and new ideas will help develop their ability in spotting entrepreneurial opportunities and delivering their service or product in a refreshing way that will give them an edge in the marketplace.

Indeed, an expat who heads overseas to become an entrepreneur may also head to a country where they already have an edge; the country may have emerging markets and the expat will come from a country where they have knowledge of an industry or service and can get in ahead of the crowd.

Essentially, the expat has a unique position to deliver solutions that clients will be looking for.

3. Expats could also utilise their experience

Alternatively, the expat could also utilise their experience to import goods or services into a new country and use their entrepreneurial skills to make the business a success.

Expats also get to develop another useful business skill which is to deal with discomfort; their new environment may be completely alien to them, for instance, but they have the abilities to overcome this and learn to live with their new surroundings.

Another issue about moving overseas for a working assignment is that the expat is putting their reputation and skillset on the line and with a new business it’s a similar proposition except in that instance it is also their cash that’s being put at risk.

Expats who accept an overseas assignment have been recognised for their skills and experience but the new opportunity also brings with it its own pressures and being able to deal with these develops another crucial skill for entrepreneurship.

Indeed, many expats will say that having to deal with the pressures of their new workplace, new working practices and in building new friendship networks is an important skill to develop in their new country.

Even if this means enjoying a new culture and cuisine, an expat must become comfortable living in a foreign country as quickly as they possibly can.

One study has revealed that around three in four expat relocations will fail and a lot of this is about learning how to become comfortable in a new environment.

One difference to networking overseas rather than in a home country is that the expat has to be more enthusiastic in making friends and acquaintances to ensure that the new country is an enjoyable place to live.

When moving to a new country, this means not relying on online networking sites since the expat will have to cast a wider net and create a network that brings business opportunities to them.

It helps that there are already established expat networking organisations dotted around the world so someone new to a country could, for instance, plug into that existing network easily.

The other big attraction for networking is that the expat will very quickly build-up contacts and friendships around the world which will help benefit their business and overseas experience.

While all of these skills are essential attributes, expats should not lose sight of the fact that their entrepreneurial skills may not necessarily mean they’ll become the next Richard Branson but many will create a good living for themselves by utilising what they know in a new environment.

For instance, they may become a writer, a website developer or SEO expert since all of these are talents in big demand overseas and mean the expat will create a business for themselves more effectively than they would probably do when living in their home country.

Other opportunities for expat entrepreneurs include buying a franchise which is essentially an established business with a proven strategy and marketing policy in place for success.

Other expats create their own opportunities by opening restaurants and cafes targeted at expats but which are enjoyed by local people as well and the same can be said for gyms, storage facilities and wine shops.

There’s no doubt the expat entrepreneurs tend to gravitate towards real estate while others will find opportunities in creating an importing and exporting business from the new country to their home country and vice versa.

Essentially, the main reason why expats make for excellent entrepreneurs is that by their very nature the expat is a risk taker and willing to develop the skills and experiences that will make their time overseas an enjoyable one by learning new cultures and working practices.

This means that all of the skills an expat acquires while working overseas are exactly the skills and experiences and approach to life they will need to become a successful entrepreneur too.