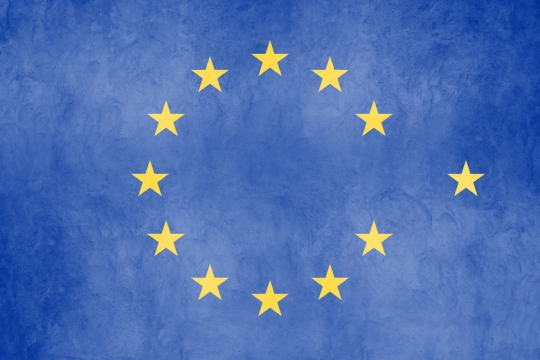 British expats – who are no doubt following the labyrinthine contortions of Brexit closely – may still be wondering if we’re in for a no deal, especially if they’ve taken note of the recent reshuffle of civil servants who have been preparing for a no deal. This was announced early in April, resulting in substantial controversy over the cost of this process: £1.5 billion spent, and 6,000 civil servants being stood down, along with several thousand new recruits who now have no role. Hilary Benn, the Labour chair of the Brexit select committee, says“It was important to plan for all contingencies, but this is the huge cost of the prime minister repeatedly saying: ‘My deal or no deal’ when she knew that leaving without a deal was not in the national interest. This is one example of how Brexit is proving to be very costly for our country.”

The Department of Health and Social Care is left with a substantial medical stockpile and the Department for Transport could, according to the Guardian, also be left with a no-deal bill for ferry contracts and a logistics hub in Belgium that has been used for stockpiling medicines.

Given all of the above, how likely is a no deal scenario now? If Parliament can’t agree on a deal and we don’t take part in the European elections, we’ll still have to exit the EU on June 1. And even if we do take part in those elections, no deal will still be the default option if MPs still find themselves unable to agree in six months’ time. Emigrate.com says

“The Brexit extension may give companies more time to adjust to whatever comes next, but for UK expats in Europe, EU expats in Britain and Brits planning to emigrate it’s just another six months of stress and uncertainty.”

Residency, jobs, pensions, freedom of movement and healthcare are still up in the air for British expats across the EU, with everything from the processing of driving licenses in France to travel in and out of Germany being affected. Brits in France report that their residency applications are being delayed or outright rejected, as the French system struggles to cope with the sudden influx. And it’s also a nightmare for anyone still hoping to move to Europe, to join family members or to take up a post of employment.

It’s not all bad news – if you’re in Portugal, you’ll already know that the government has got its act together and enshrined its no deal contingency preparations in law at the end of March, securing residency and healthcare rights for Brits living in the country until the end of 2020. If you’ve been living in Portugal for less than 5 years, it’s essential that you register for your cartão de residéncia, however, and do so quickly. If you’re already registered, make sure of the end date of your certificate – if it expires in 6 months, it’s best to re-apply now. But in general, you’ll be subject to softer rules than other third party nationals, will be able to continue your studies, can drive legally and will receive free healthcare. The only proviso is that the UK reciprocates for Portuguese citizens living here, and although this has been agreed in principle, it’s yet to be formally ratified, so keeping an eye on Brexit developments back home is still a wise thing to do.

Also contingent on reciprocity is the Spanish approach, which also locks in residence and healthcare. This was agreed in the event of a no deal back in January and subjected to a royal decree later in the spring. Again, it protects your rights until the end of 2020, when you’ll be expected to have applied for a ‘foreigner residency card,’ and your right to remain in the country if you have such a card has been described as ‘nearly automatic.’ You do need to make sure that you’re fully registered, though. Also, keep an eye on what’s likely to happen to your pension, as this is not yet clear.

Other EU nations have followed the lead of Spain and Portugal in giving British expats a one year/18 month grace period to sort out their residency. But, as we’ve mentioned above, this reassuring legislation depends on the ability of overstretched bureaucracies to cope. Frédéric Maignon, a spokesman for Cotes D’Armor prefecture, says

"We are waiting for the French government to give us more information on deals that are still being negotiated with the UK. We therefore cannot process British citizens as long as we do not know exactly what to do. If the elements become clear before June, we will reopen appointments before then."

Back in February, expats were complaining about problems with making appointments, varying demands for supporting paperwork and, as above, officials seemingly going against the advice of their own government and telling Brits that their applications won’t be processed until after Brexit happens – whenever that might be. The British Embassy in Paris says that they’ve had reports of ‘isolated’ instances of problems, despite M. Maignon’s comments above. Website thelocal.fr reported earlier in the year that, at this point, an estimated 20,000 out of 150,000 Brits had been issued with their carte du sejour. The British Embassy in France has been hosting Brexit meetings for worried British residents.

In Germany, the British Embassy in Berlin has issued a set of guidelines to British residents in early April. These give details of how to apply for residency if you haven’t already done so, and the Embassy notes that some Foreigners’ Authorities are already planning a voluntary registration/application procedure before Britain’s exit from the EU.

The British government website is trying to give up to date information on how to cope with Brexit and you can sign up for regular email updates. The link below covers freedom of movement, travel insurance, healthcare, roaming charges and some information to do with business. With the situation still so fluid, and European countries inadvertently issuing contradictory advice, it’s essential to make sure that you don’t bury your head in the sand – however appealing that might seem after this long and wearying journey through the Brexit process!