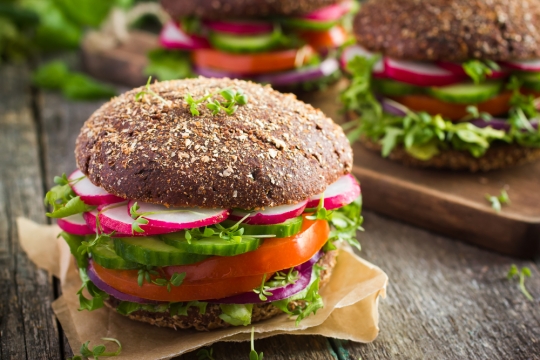 Vegan, vegetarian and pescetarian expats will be surprised to learn that Eastern Europe is a veritable vegan heaven during Lent. While at first glance Eastern Europe may not seem very veggie-friendly – Serbian national dishes, for example, often include ground meat and grilled minced meat – during Lent, a transformation occurs.Under Eastern orthodox tenets, adherents are required to ‘fast’ during Lent, before Christmas and on certain other days throughout the year (including, in some places, Wednesdays and Fridays weekly). Fasting, under orthodox practices, does not mean abstaining from food altogether, but instead avoiding meat, eggs and dairy – and in some regions fish. Lent is the longest of these periods.

Lent And The Great Fast

Orthodox Lent, also referred to as the great fast, begins on Clean Monday, which falls seven weeks before Easter Monday. The word ‘clean’ in the title refers to the leaving behind of non-fasting foods and sinful attitudes after this day and for the duration of Lent. Fasting continues through the forty days of Lent, which run until the week before Easter. In orthodox tradition, the week preceding Easter, known as holy week, is also a time of fasting. The fast continues until Easter Sunday.

While the entire population may not participate in the great fast, many restaurants in countries with a large Eastern orthodox population will produce a fasting or Lent menu, which is vegan apart from fish and honey. Even if a fasting menu isn’t available, asking for fasting or Lent food is likely to be widely understood, even if you’re in a small village where residents aren’t familiar with the term ‘vegan’.

The Great Fast And Vegan Food

Some countries take their fasting more seriously than others. In Bulgaria, while the term ‘fasting’ is understood, not many people fast and therefore special fasting menus are hard to find. In Russia, on the other hand, fasting is big business. Dunkin’ Donuts produce vegan fasting doughnuts during Lent, while Subway roll out special vegan subs. In Romania, many bakeries have Lent-suitable pastries, ranging from flaky nut-filled treats to apple strudel, which are clearly labelled as Lent or fasting food. 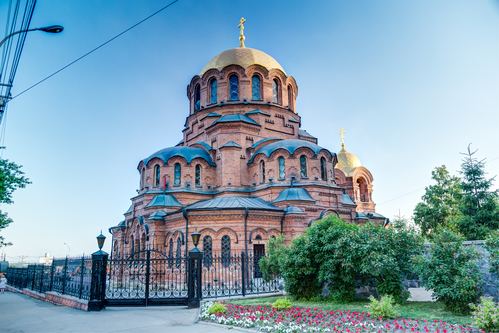 In Russia fasting is a big part of Lenten life.

One of the best pieces of news for vegan and vegetarian visitors to Eastern Europe is that because of Lent traditions, many of these places have over the years developed a wide range of hearty vegan main dishes. While ‘accidentally’ vegan dishes (or easily vegan-ised dishes) are available in many traditional cuisines around the world, these are often sides such as salads or grilled vegetables. In Eastern Europe during Lent, you can enjoy a meal of traditional vegan foods, rather than cobbling together sides, or having to seek out a specialised vegetarian or vegan restaurant.

Imagine a medieval town in central Transylvania where you can walk into any restaurant and ask for a vegan fasting menu. Can you be vegan in Dracula’s hometown? During Lent, absolutely! Moments from the house where Vlad the Impaler – inspiration for Count Dracula – was born, you can eat a slice of vegan cherry pie in the town square. If you go into the traditional Romanian restaurant around the corner and ask for a Lent menu, you’ll be given a selection of traditional vegan fasting food, from polenta served with onions and tomatoes to aubergine dip and bread.

In Greece, you’ll find fasting versions of spanakopita (filo pastry filled with greens and usually cheese – but of course in the fasting version, the cheese is left out) and tomato fritters fried in olive oil. In Georgia, you can feast on kidney beans stewed in a traditional clay pot, pumpkin and walnut balls and mushroom soup dumplings. Head to Serbia, and you’ll find ajvar, also known as vegetable caviar, made with roasted red peppers, vinegar, oil and salt. 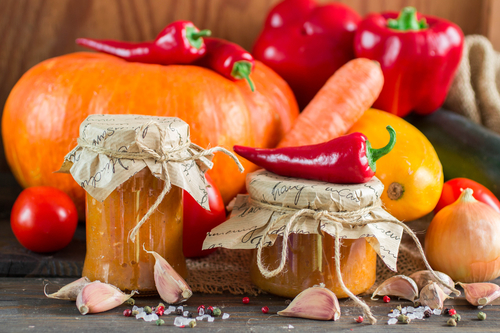 Vegetable caviar is popular in Serbia.

Travelling through Eastern Europe during Lent truly is heaven for the vegan expat. No longer confined to vegan restaurants – which tend to be sparse outside large cities in much of the region anyway – or the salad section of the menu, here you’ll find hearty, filling and traditional vegan fare, all thanks to Lenten fasting.

Be sure the country you’re going to actually observes the great fast, as some countries in the region are not Eastern orthodox. Albania, for example, might be bordered by the orthodox-majority countries of Macedonia, Greece and Montenegro, but Islam is the largest religion in the country. You can look up predominantly Eastern Orthodox countries on Wikipedia.

If you’re travelling outside Lent, you may still be able to find vegan food easily by asking for fasting food. Fasting is practiced on specific days throughout the year (and in some countries, up to 200 days per year), so you are likely to be understood, even if you might get a funny look if you’re ordering fasting food on a non-fasting day!

From Romanian rice and vegetable stuffed cabbage leaves to Serbian white bean stew, you’ll eat well as a vegan expat when you travel to Eastern Europe during Lent. Best of all, you won’t even be left out when you want a treat – you’ll find vegan pastries and pies in bakeries, thanks to Lent no limp fruit salads and washed out sorbets for you here! If you’re a vegan expat looking for a spring holiday destination, Eastern Europe is an excellent choice.

Have you lived in or travelled through Eastern Europe? Share your experiences in the comments below, or answer the questions here to be featured in an interview!