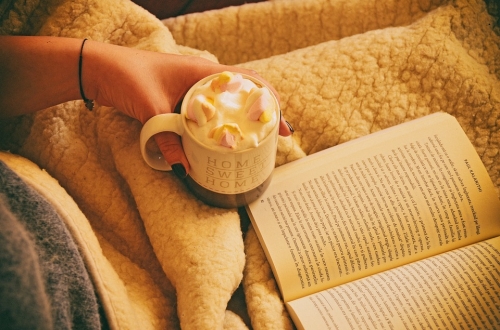 “Outside of a dog, a book is a man’s best friend. Inside of a dog, it’s too dark to read.” Groucho Marx may have made light of the importance of a good book, but the happiness and inspiration found between the pages of a well-loved book is deeply personal.There are plenty of lists out there compiling the travel books that inspired expats to hit the road, or the tales of triumphant lives that encouraged globe-trotters to take on their own challenges.

But all too often, these lists get bogged down with heavy tomes: with Hemingway and Kerouac, with Seven Years in Tibet and The Beach; adult adventures that are far from suitable for younger readers.

Expat kids, far from home and struggling to establish their own identities when they have a foot in two cultures, can find themselves seeking home in the library. Sometimes a fantasy world created by a stranger can become a very familiar and very real world to escape to and develop in.

As well as escapism, many books for youngsters have been written with a delicate understanding of what is can be to feel alone and isolated, but convey positive methods for coping, growing and developing.

We’ve scoured the library shelves for the books that entertain, educate and comfort children and young adults living away from their home cultures.

Empire of the Sun, J.G. Ballard 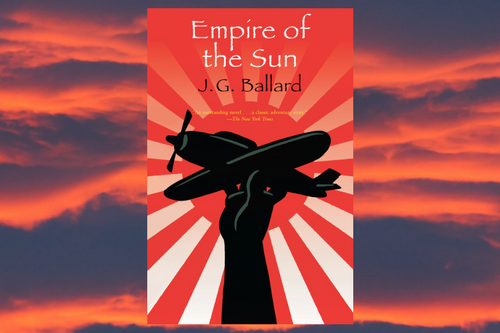 Autobiographical novels don’t come much more epic than this.

Ballard tells the story of his own wartime experiences through Jim’s naïve eyes as his expat life in Shanghai is ripped apart by the Japanese invasion of China in 1941.

Jim contends with separation from his parents, hunger and loneliness in this coming-of-age drama that takes place in concentration camps and the rubble of war. Jim witnesses life and death, the nuclear bombing of Nagasaki, brutality and grace through the war; how will he adapt to a return to peacetime life?

Hour of the Bees, Lindsay Eagar 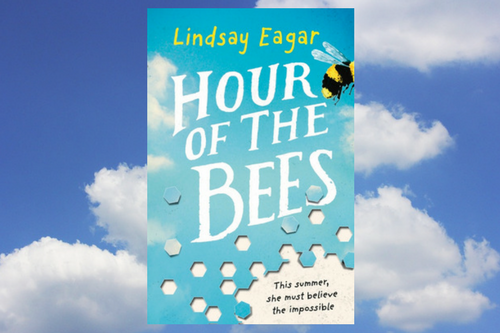 Hour of the Bees follows a Mexican-American girl, Carol, as she learns about her roots and family politics, all the while unravelling the question of her identity in both cultures.

Carol meets her grandfather Serge for the first time as her parents prepare to move him into a nursing home. Grandpa Serge’s mind slips into dementia, mixing magical fantasy with real history as he teaches Carol the hidden truth about her family’s roots. 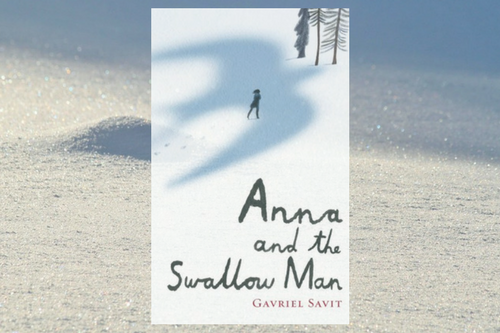 In the tradition pf Ian Serraillier’s The Silver Sword, Gavriel Savit’s Anna and the Swallow Man places a young protagonist amid the shattered landscape of wartime Europe.

Anna’s family is torn apart by the brutality of the Nazi regime as it sweeps through her native Poland, leaving her alone and destitute. She is adopted by a fugitive, the ‘Swallow Man’, who can call birds down from trees.

The pair travel across the continent on a mysterious quest, encountering danger and death as Anna grows to become capable and confident, without losing her sense of wonder and imagination.

The Art of Being Normal, Lisa Williamson 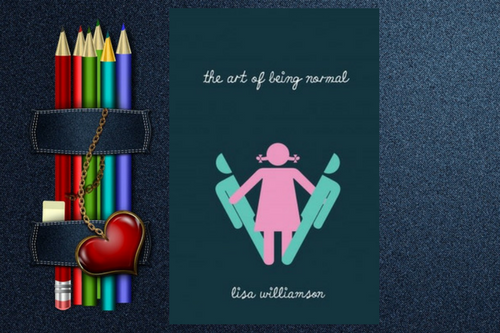 This award-winning book is aimed at the young adult market but has been an eye-opening read for older readers also. Anyone contemplating their identity or place in society could benefit from this tale of teenage friendship.

David and Leo are struggling through adolescence with awkward anonymity, but each of them harbours a secret that makes them vulnerable to the cruelty of teenage bullying. Together they overcome adversity with bravery and wit, building a strong friendship. 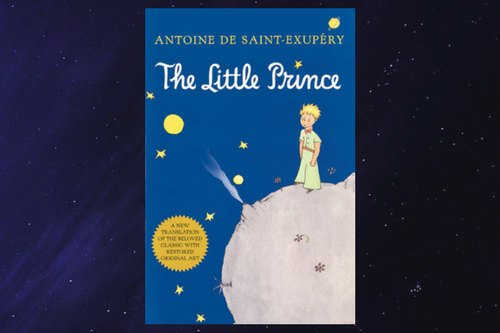 Written by a French aristocrat, poet and aviator, this bittersweet tale was written whilst the author was exiled in the United States during World War Two.

Drawing on his loneliness, Saint-Exupéry crafts the tender story of a pilot stranded in the Sahara who meets a young prince from another planet. Over the course of eight days, the pair recount tales of their homes, remarking on how ridiculous adults can be.

The reader becomes a third party to the conversations between these two friends, able to relate their own fears through the lens of this gentle fantasy. 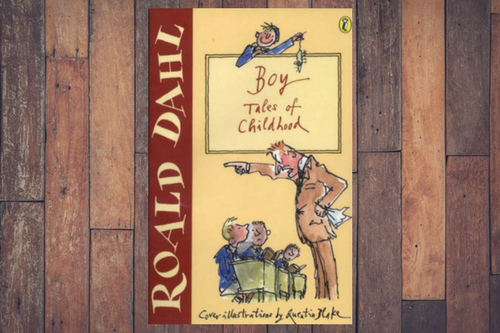 More famous for his whimsical tales for young children, Roald Dahl’s Boy leaves the chocolate factory behind and examines his own childhood. The son of Norwegian parents, Dahl was brought up in Wales, and the book covers his childhood and school years.

Aimed at teens, Dahl’s humour shines through despite tackling the dark topics of family tragedy and the brutal discipline of English boarding schools.

Dahl’s moments of rebellion and practical jokes give levity to the more traumatic topics, revelling in the rebelling against authority. 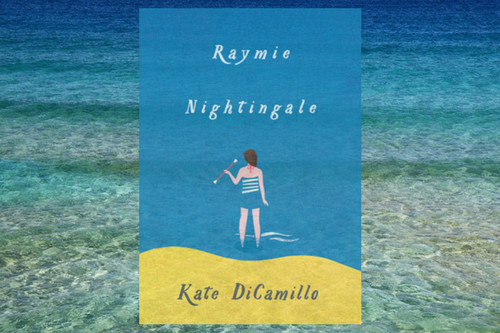 This semi-autobiographical tale deals with the loss and separation felt by a young girl when her father leaves home. Eponymous heroine Raymie is left bereft but sets out to win back her father’s heart by winning a local baton-twirling contest.

Raymie learns valuable lessons about the adult world and the value of friendship as the book progresses. 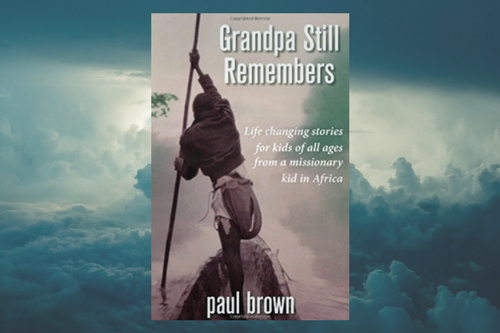 A collection of short stories from the son of missionaries in Africa in the years after World War Two.

Brown attends stuffy all-white boarding schools but also learns to hunt, explore and appreciate the natural world with his local friends. In the background of each story, the colonial era that dominated Africa for centuries comes to an end and countries come to terms with independence.

Tales of treasure hunting and exploring exotic landscapes sit alongside the struggles of adolescence, dating and Brown forming his own relationship with God. 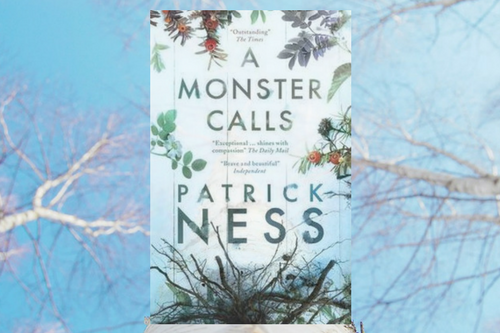 A tragedy, a horror story and emotional roller coaster. Patrick Ness authored this story from an idea outlined to him by Siobhan Dowd as she lay ill with terminal cancer.

Ness’ story follows 13-year-old Conor as he comes to terms with his mother’s own cancer diagnosis and her impending death. His anger and grief overwhelm him and the only comforting words come from a giant human-shaped tree.

Conor is also contending with bullies and an absent father. Struggling to cope, he withdraws further into the monster’s fantasy world, but with consequences for the real world.

A profoundly upsetting book, it explores the grief, loss and fear in all their darkest forms, but holds a great beauty as it examines emotions that expat adults may have experienced in complex ways. 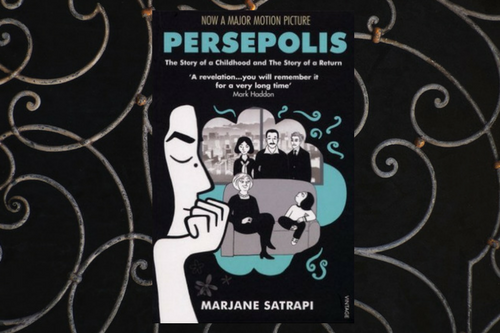 This is a graphic novel that captures the struggle of adolescence and the careful balancing act the Iranian Satrapi had to strike when returning from Austria.

Satrapi artfully depicts her own teenage years in black and white cartoons, showing her traumatic years in war-torn Iran and the difficulty of fitting into liberal Austria and then returning to strict Iran. She pulls no punches in frank discussions about sex, drugs, religion, women’s rights and draconian rules.

Satrapi is a strong, inspiring character who doesn’t flinch from depicting her own mistakes or times when she stood up for what she believes in. A great read for the mature expat teen.

What are your favourite expat children's books? Share your recommendations in the comments!