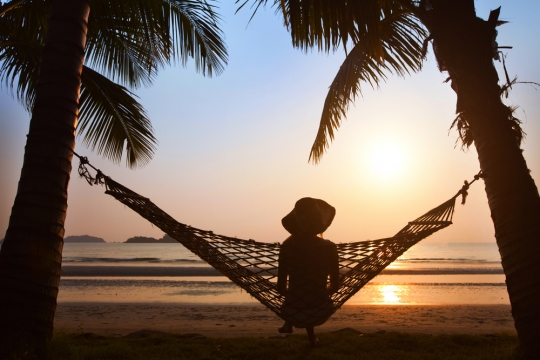 If you’re at the beginning of your expat journey and aren’t sure where to start your next chapter, then perhaps this article will be of some use to you. We’re looking at the hottest destinations for British expats in Europe, and just what makes them so popular.We’ve considered factors such as weather, quality of life and earning potential as well as social life and investment prospects. Take a look and see whether one of these popular European destinations is a place that would suit you.

The Stats: Most Popular Destinations For Expats In Europe

Generally speaking, the EU is not the most common destination for UK expats to emigrate to, with around 33 percent living outside of the EU, mostly divided between Australia, New Zealand, USA and Canada. On the 1st of January 2017, it was estimated that some 784,900 Brits were living in the EU (not including those residing in the UK or Ireland). Studies conducted in 2017 showed that 69 percent of the British citizens living in the EU were distributed between France, Spain and Germany. The majority of which – around 37 percent or 293,500 – resided in Spain, with 19 percent in France and 12 percent in Germany.

Spain has been leading the way as the most popular destination in Europe for expats to settle in, with migrants making up around two percent of the country’s population. Whilst the pleasant weather is certainly a bonus, the main draw for expats had previously been the lure of cheaper property and the promise of an easier life. However, Spain was hit hard by the economic crisis of 2009, which drastically affected the job market for local people and expats alike, leading to a lower quality of life.

Whilst the economy has been recovering, progress is tentative, and so expats are now heading to Spain for jobs they have already been offered rather than that promise of an easy life. What some might consider a downside is that expats are excluded from voting in local elections. In addition, expats living in Spain are often criticised for not integrating into society, often failing to learn Spanish adequately or get involved with local culture and traditions.

This being said, this was largely due to the expat population being formed of a generation seeking to get bigger property for their money and a place in the sun. Since the economic meltdown, the generations now heading to Spain bring with them the promise of something a bit different.

France has long been favoured by British expats for its proximity to home, and central location to reach many other parts of Europe. The thought of life in France often conjures up a romantic image, either of stylish Parisian cafes or charming rustic homes in rural villages. However, those considering moving to France, especially outside of the main cities, may be in for more of a culture shock and language barrier than they first anticipated. It may take some time to adjust, learn the language and integrate socially.

However, there are a wealth of benefits to living in France, not least the delectable cuisine and affordable cost of living. The climate throughout the country can be pleasant for much of the year and the educational system is considered excellent. France performs consistently well in the Quality of Life Index, and the majority of the populace consider it a safe place to live. The job market looks quite promising, with many expats easily finding jobs. Three in five report they are satisfied with their job and more than half say they feel confident in their job security. Since the financial crisis, the French economy has grown slowly but steadily.

Once again, expats may have a bit of a tough time meeting new people and getting involved in local social circles with little knowledge of German. Whilst many of the younger generation in Germany speak very good English, making yourself understood can still be a difficult task when first arriving. Lots of expats cite culture shock in Germany that predominantly centres around a totally different taste in humour and brand of customer service than what they are used to back home!

On the plus side, Germany has a high number of bank holidays, excellent free educational facilities, and a relatively low cost of living. They have excellent, affordable healthcare in Germany, and most jobs offer 30 days holiday a year. Maternity leave and pay is very good compared to many other countries, and childcare is considered accessible and affordable.

Sadly though, tax and social contributions in Germany are considerably higher than some other countries at around 30 to 40 percent; this will be taken directly out of your pay cheque. Another downside that many expats have mentioned to living in Germany is the sheer number of rules, both official and unspoken, from where and how you ride your bike to what times of the day you can do housework or empty your recycling bin.

Have you lived in any of these countries? Share your experiences in the comments below, or answer the questions here to be featured in an interview!