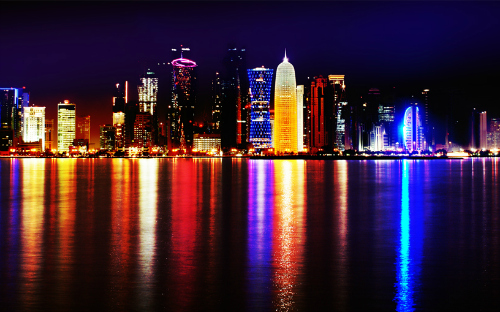 According to the UN’s population division, as of 2013 there were over 232 million people living outside of their home countries, a number that makes up 3.2% of the world’s total population. In addition, studies in recent years have thrown more light on various expats of expat life and movement around the world, including the Expat Insider ‘Ease of Settling Index’, HSBC’s ‘Expat Explorer’ report, and the World Bank’s ‘Ease of Doing Business’ report.One interesting aspect of the available expat data is the percentage of expats in any country. This is different from the popularity of a country as an expat destination: in terms of popularity, Singapore, New Zealand, Sweden, Bahrain, and Germany topped HSBC’s list in 2015. However, this was based on expat opinions of each country as a place to live. If you consider popularity in terms of the influx of people, the list is quite different. The percentage is of course also different from simply discussing volumes – in terms of sheer numbers, Saudi Arabia and the United States of America would probably top the list, mainly because they are large countries that have drawn expats for generations.

However, in terms of expats as a percentage of a country’s total population, the countries that top the list are Qatar, the UAE, Kuwait, Jordan, and Singapore. In all of these countries, between 40% and 80% of the total population is made up of expats of various types. As you can see, four of these countries are in the Middle East, and three of them are oil-rich countries. Let’s take a more in-depth look at these areas.

The State of Qatar is on the northeastern coast of the Arabian Peninsula, and shares its only land border with Saudi Arabia, another country with a huge expat population. Depending on your source and how you calculate it, the expat population in Qatar is at least 75% of the country’s total population.

According to government data, the country has a population of 1.8 million as of 2014, of whom only 278,000 are locals! The remainder of the population, roughly 1.5 million, is made up of expats. In other words, Qatar has a population that’s 88% expat and only 12% Qatari nationals.

Many expats say that Qatar is difficult to get used to in terms of the lifestyle. Recreational options are limited, transport infrastructure is poor, summers are extremely harsh, and adapting to local culture can be difficult. The country’s expat population has a high turnover, but each year thousands of new expats enter the country to replace those who leave. There’s clearly enough in Qatar to attract a huge expat population to the country.

Although it’s not in the top 10 in the HSBC popularity report for 2015, Qatar comes in at a respectable 22nd place. More importantly, if you look at economics alone, Qatar does extremely well, coming in at 5th place overall, and at first place if you consider the specific parameter of personal finances. This isn’t surprising. Qatar has the third largest reserves of oil and natural gas in the world, the second highest standard of living in the Middle East, and the highest per capita income in the world. Clearly, the financial aspects of life in Qatar are the main draw for expats. Salaries are high, levels of disposable income and savings are high, and the prospects of income growth are also high. What’s more, all of this comes with limited working hours and a relatively stress-free working environment.

And there are other positive aspects too. The low crime rate is one of the most prominent features of the country, and in addition, the quality of housing, education, and healthcare is generally regarded as excellent. Although integrating with the locals is difficult, the expat community is quite welcoming and supportive, and makes it much easier to settle in. Lastly, fuel is incredibly cheap there.

The UAE, sometimes simply known as the Emirates, is on the southeastern end of the Arabian Peninsula, and also shares a border with Saudi Arabia, as well as with Oman. The seven emirates that make up the UAE are Ajman, Dubai, Fujairah, Ras al-Khaimah, Sharjah, Umm al-Quwain, and Abu Dhabi, which is the capital. However, it’s not the capital but Dubai that is the most popular expat destination in the UAE. Of all the emirates, Dubai has the largest population, is the most developed, and probably the most liberal too. The UAE has a total population of 9.2 million, of which only around 1.4 million are locals. The remaining 7.8 million are expats, which means that over 80% of the UAE’s population consists of expats.

The UAE isn’t as difficult for expats to get used to as Qatar is, and many expats spend decades here. In fact, it is technically possible for expats to obtain citizenship if they have been living in the country for 20 years, can speak fluent Arabic, and have never been convicted of a crime. Becoming a citizen is quite difficult today, but in the past, many expats have taken this option.

Like Qatar, the UAE scores very highly in terms of finance and economics – the country places fourth in the HSBC economic report. The country has a strong, stable economy and great infrastructure; salaries are high; benefits packages are good; and the opportunities for career advancement are great. Although the cost of living is high, most expats feel that the salaries and benefits adequately compensate for this, and they’re left with a substantial amount of disposable income as well as savings. Like Qatar, the UAE also offers a great work-life balance, with limited working hours and enough time for leisure. And unlike Qatar, the opportunities for recreation are considerable. In terms of the overall experience of living in the UAE, the HSBC report places the country at number 18. In spite of the strict and conservative legal system, the UAE is in many ways quite a liberal place, especially when compared to its neighbors, and there is plenty to do here, even if much of it is expensive.

The State of Kuwait is located at the tip of the Persian Gulf, towards the north of Saudi Arabia. Although the percentage of expats that make up the population here isn’t as high as it is in Qatar or the UAE, it certainly isn’t low either. Kuwait has a total population of 4.1 million, of which only 1.2 million are Kuwaiti nationals. The remaining 2.8 million, who make up 70% of the population, are expats. Notably, Kuwait is the one country where there have been debates over the impact of having such a high percentage of expats in the population, and the need to decrease the expat population. There are plans to bring the percentage of expats down to 60% (which is of course still quite high), although few concrete steps have been taken in this regard.

Like Qatar and the UAE, Kuwait has huge oil reserves, which are the main source of its wealth. The country has a strong, high-income economy, which is the main reason why expats are drawn to it. The country’s currency, the Kuwaiti dinar, is the highest valued currency in the world, and according to the HSBC report, Kuwait does extremely well in terms of wages, job security, disposable income, and savings. The quality of healthcare and education is also great, although they can be quite expensive.

There are of course a number of cultural barriers, and in general, the country is quite conservative, although in terms of press freedom and civil liberties it does much better than many other countries in the region. Alcohol and pork are illegal, and mingling with the locals, especially with women, is difficult. However, the expat community is quite diverse and welcoming, and there are plenty of highly active organizations to join. Kuwait also has many recreational options, including a wide variety of cuisines to try, beautiful landscape and museums to visit, and a fairly vibrant beach culture, especially in the summer.

The Kingdom of Jordan is a small country on the East Bank of the Jordan River, bordered by Saudi Arabia, Iraq, Syria, Israel, and Palestine. The country has a rich history going back centuries, and is extremely vibrant even today, drawing huge numbers of tourists, students, and professionals. Unlike Qatar and the UAE, Jordan has an extremely diverse economy, and its greatest natural wealth isn’t its oil reserves but its phosphate mines. The country is one of the largest producers of phosphate, but in addition has a large trade and finance sector, as well as construction, communication, and other industries. The science and technology sector is rapidly growing, and attracts a considerable amount of investment and talent from around the world.

A third of Jordan’s population is located in the capital city of Amman, which is also where most of the expats are. In addition, Jordan has for decades welcomed refugees from its neighbors, including those from the most recent turmoil in the Middle East. As a result, the country has an extremely diverse population and a welcoming culture. The country is highly literate, with one of the best education systems in the region and in the world. The healthcare system too is one of the best in the region, and the transport system is decent. In general, Jordan is fairly liberal, especially in comparison with other countries nearby. While expats do need to consider local customs and sensibilities, in general these aren’t severely restrictive, and the country has a vibrant and diverse political and cultural climate.

Singapore is the one country on this list that is not located in the Middle East. This small city-state island, with around 60 surrounding islets, is located at the southernmost tip of continental Asia, and has a population of 5.5 million people. According to some estimates, non-citizens make up 40% of Singapore’s population. A sizable portion of this 40% consists of permanent residents; however, the vast majority is made up of foreign students and workers, along with their dependents.

Singapore didn’t just rank well in HSBC’s Expat Explorer 2015 report, it was voted as #1: overall, the best place to be an expat. Of course Singapore is notoriously expensive, and the huge population on a piece of land with limited expansion capabilities has led to a high population density that is causing some of its own problems. However, in almost every other way, Singapore is doing incredibly well. In terms of economics, Singapore placed 2nd in the HSBC report, with job security, career progression, wage growth, and economic confidence among the best in the world. In addition, in spite of the high cost of living, most expats find that they have an adequate amount of disposable income and savings. Singapore is also a great location for entrepreneurs, topping the list of countries in the Ease of Doing Business Index.

Beyond economic and financial considerations, Singapore offers a great quality of life. The country is highly developed, with great infrastructure. Health, education, communications, and transport are all highly rated by expats. In addition, Singapore is culturally extremely diverse and vibrant. There are museums, parks, nightclubs, a variety of live music venues, and an incredible range of cuisines.

Do you live in one of these five countries? Share your experiences in the comments!