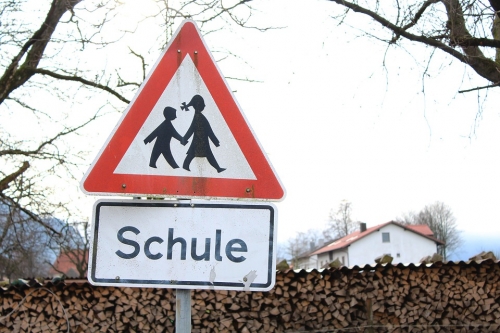 With its academic tracks and its variety of schools, the German education system looks quite different to those found in the Anglosphere. That being said, the German tradition of early streaming based on predicted academic outcomes can feel quite restrictive to parents used to a more inclusive system.In Germany, a robust public schooling system is considered the cornerstone of creating a well-educated citizenry, and tuition fee schools are staunchly protected and respected. The vast majority of German children attend public school, and these consistently produce high performing and academically advanced students. In fact, Germany has far fewer private schools than other countries. Public schools, including universities, are available to all children in Germany, regardless of nationality, so there shouldn’t be any problems around enrolling or hidden costs for expats. These schools do, however, virtually all operate in the German language. Depending on the age of your child, this may be a problem.

It is not uncommon for non-German-speaking children to attend German primary schools. While this method can obviously be difficult at the start, children often catch up to their peers without too much trouble. However, for children approaching middle to high school age, German public schools may be a less appropriate route. Luckily, there are international schools operating in most German cities and large towns, and these schools overwhelmingly operate in English. Below is a general overview of the German system, as well as information about international schools and other learning options within Germany.

The education system varies slightly from state to state, but the basic structure from Kindergarten up until grade 12 remains largely the same.

The idea of children under ten being streamed into different schools based on their academic performance is shocking to some. And it can certainly be alarming for parents who feel their child’s entire future rests in their small, mischievous nine-year-old hands. But don’t panic just yet – parents are ultimately able to decide which academic track their child will follow.

In Germany, children in fifth grade are divided into three different types of schools. Hauptschule is the bottom tier of this system and is designed for children who will go on to do trades. The second tier of school is called a Realschule and is something of a halfway point between vocational and academic training. Finally, the most academic option is a Gymnasium which is reserved for children who appear to be heading towards university. While it is possible for Realschule students with high academic performance to move into a Gymnasium in their final years, it is not common for children to change streams. There is more detailed information on each of the streamed schools below.

It is compulsory for all children to attend school between the ages of six and 15. Home schooling in Germany is illegal and is therefore not an educational route open to anyone.

While preschool is not technically part of the education system, it is important for most parents. Unlike the rest of the school system, preschools are largely run by churches or other organisations, rather than by the state. This means they often charge fees. Likewise, space is limited and many preschools in popular areas have long waiting lists. If you’re thinking about sending your child to preschool before mandatory school starts, it’s crucial that you enrol them as early as possible.

Kindergarten is available to children aged three to six. While there is no obligation to send your kids to Kindergarten, it remains a popular option. Like preschools in many English speaking countries, Kindergartens focus mainly on arts, crafts, sports, and play, rather than the formal lesson they will have once they begin Grundschule (primary or elementary schools).

More like a form of childcare centre, a Kita usually offers facilities for very young children (toddlers) through to kids around ten years old. Kitas are usually open from early in the morning into the evening.

From the age of six, children in Germany are legally required to attend school. Most German children will do grades one to four at a Grundschule. In the fourth grade the teachers will give a recommendation about which stream or educational track the child should attend from year five onwards. While the teacher makes recommendations, the decision ultimately rests with the parents.

Children are not zoned into public schools depending on their district. This means that parents are free to choose between schools. In most medium sized German cities, there will be a number of different secondary schools for each academic track.

Considered the least academically demanding of the three streams, a Hauptschule is designed for students who will go on to do trades and other kinds of industrial work. It is common that children in this stream work part-time as apprentices in their final years.

Students normally graduate from the Hauptschule in grade nine or ten, and some may go on after year ten to do a Realschulabschluss. This involves a course of study at the next tier of school, the Realschule, which would allow the student to go on to a Berufschule (vocational school) where they could do a more technical or advanced apprenticeship.

While this is considered the academic middle ground in Germany, it actually offers quite a high level education comparable with many English speaking high schools. Around 35% of students in Germany attend the Realschule, where they are required to learn one language for at least five years. Students graduate from the Realschule in grade ten with an examination called the Mittlere Reife. Upon completion, it may be possible for students to continue studying for another three years in order to gain a qualification that would allow them to enrol in university.

In the 1970s only a small percentage of students attended the Gymnasium, but today it is generally a popular track. Compared with a Realschule, the educational focus here is more theory heavy, with students required to learn two foreign languages, as well as advanced science and math. Upon passing a set of written and oral exams student will graduate in either grade 12 or 13 (depending on the state) with an Abitur. Based on the score they receive for their Abitur, students will be able to apply for various university courses.

Only some German states have Gesamtschulen (comprehensive schools). This school combines all three steams into one school, more like high schools in America and Australia which tend to stream internally.

• Many schools do not focus on sport within school. Rather, sports are mostly done externally in specific clubs.
• Outside of rural areas, German schools generally don’t offer school buses. Children are expected to make their own way to and from school either by walking or using public transport.
• For periods were no class is scheduled, students are free to do whatever they want. Generally, students are not required to stay on campus.
• Most schools in Germany are co-ed, mixing both sexes.
• Public schools do not have uniforms.
• It is common that class schedules may not be the same every day, and some days students may start or finish earlier than usual.
• The German grading system works on a scale of 1 to 6. The highest possible mark is 1.0 (A+) while the worst is 6 (F).

In most cities in Germany there is an international school, and in bigger cities like Berlin there are several. These schools give classes in English and offer students International Baccalaureate (IB) rather than the standard German Abitur. This is advantageous as it makes applying to international universities and colleges easier. Unlike the schools outlined above, virtually all international schools are private and charge tuition fees.

You may already be familiar with alternative education methods, many of which were developed in Europe but have become popular worldwide. Jenaplan, Waldorf (also known as Steiner), Montessori, and other alternative schooling models are widespread in Germany.

While Germany has boarding schools, they are a far less popular form of schooling than in other countries. For a population of over 80 million, there are only 100 boarding schools on offer. Many of these boarding schools will also require a high level of German and can be quite expensive.

The vast majority of Germany’s universities and Fachhochschulen (technical colleges) are public and do not charge tuition fees. In fact, an attempt to introduce modest fees a few years ago was met with mass protests and by 2014 all states had once more removed the costs.

Today Germany is one of the world’s most popular tertiary education destinations for foreign students, as the universities and technical colleges are renowned and recognised worldwide and are extremely affordable. Recently, Germany has been making an effort to increase its international education reputation and many universities have begun offering a substantial number of programs (mainly at the master’s level) taught in English.

A Berufsschule (vocational school) is something many apprentices attend part-time in order to learn the theoretical and academic aspects of their trade. While these schools are not technically part of the public education system, they are nonetheless supported by the federal government as well as other trade groups.

Have you or your children been to school or university in Germany? Share your experiences in the comments below, and answer the questions here to be featured in an interview!