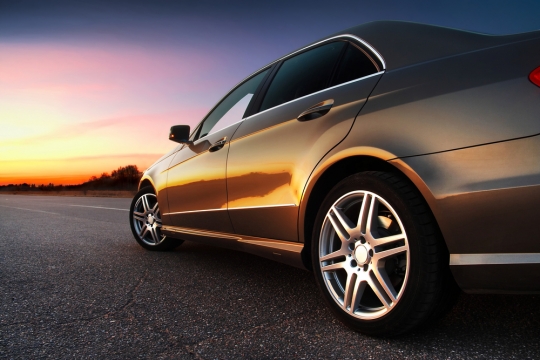 Driving in Germany isn’t a cheap thrill, it’s a luxury. It won’t take long to notice that everything from cars to the roads themselves are impeccable. And it doesn’t end there; German people think of driving as an extravagant activity rather than a standard mode of transport.

Learning how to drive and getting a license in Germany is a long, expensive affair that includes 25 to 40 hours of professional driving instruction and 12 hours of theory, and can cost up to €1700. That is to say, when Germans are on the road, they are serious about driving.Here, you’ll find all you need to know about driving in Germany, including information on licensing, registering a car, the rules of the Autobahn and other roads, as well as information on taxes, mandatory car inspections, renting a car, and other German regulations.

As an expat, you are allowed to drive on the license from your home country for your first six months in Germany. After this time, if your license wasn’t issued from a country within the European Union (EU) or European Economic Area (EEA), you will need to convert it to a German one. The exception to this is if you intend to stay in the country for less than one year, in which case it is possible to obtain an extension that allows you to use your existing license for another six months, so one year in total.

If you hold a license issued by an EU or EEA member country, then your license is valid in Germany until its expiration. However, some restrictions may apply. For instance, since 2011, international drivers must be at least 18 years old to drive any car in Germany. Since restrictions may differ depending on the region, it is a good idea to clarify specifics with your local authorities.

Any non-EU or non-EEA citizen who intends to stay in Germany longer than one year will need to a German license, or Führerschein.

How complicated it is to convert your home license to a German Führerschein depends entirely on where it was issued. For some, it will be relatively simple. For others, it may take a significant amount of time and resources and could require a written exam or driving test.

If you are from the US, exchanging your license will depend on whether your home state has a reciprocity agreement with Germany. You can find out which states have these agreements here. How To Germany also has more information about what is required of citizens from Canada, Australia, South Africa and New Zealand.

Whether you are converting your license or applying for the first time in Germany, you can get an idea of the steps you will need to take to from this flow chart.

Since this is Germany, you will need a fair amount of documentation in order to convert or obtain your new license. This includes a certified translation of your license (if you already hold one), an application form, a passport, a residence permit (Aufenthaltserlaubnis), biometric photos, proof of completion of a first aid course, proof of completion of a vision test, and potentially proof that you have attended a driving school (Fahrschule).

Note that if you need to take a written exam to obtain or convert your license, you can do this in a range of languages. Do study for the test, as many people fail their first attempt. You can find books to help you prepare for the test in English, such Fahren Lernen B – Lehrbuch Englisch, online or in driving schools.

If you are required to take a driving test in order to convert your license, then you will need to find a driving school. Most driving schools have specific courses for experienced drivers who need to convert their licenses. These courses should cost much less (around €500) than courses for beginners, which are normally over €1000.

If you buy a car in Germany from a dealership, they will handle the registration. However, if you purchase a car from a private seller, you will be responsible for registering it. This means you will need to visit your local motor vehicle registry (Auto Zulassungsstelle). Bring proof of ownership and insurance. If the car was purchased in Germany, you’ll also need the Zulassungsbescheinigung Teil II, a document that is passed down from owner to owner.

In order to be registered, your car will need to pass a notoriously strict safety inspection (Hauptuntersuchung) as well as an emissions test (Abgasuntersuchung). These tests must be carried out by registered inspectors from companies approved by the government. These include Technischer Überwachungsverein (TÜV), DEKRA and Gesellschaft für Technische Überwachtung (GTÜ).

• Cars are due for inspection every two years unless they were purchased new, in which case they are due for their first inspection after three years.
These inspections are very strict. Minor faults such as rust spots could fail a car.
• Cars imported from outside the EU may require costly modifications to be deemed roadworthy in Germany.
• Vehicle owners are required to pay an annual motor vehicle tax which is determined by the age, type and size of the car, as well as which fuel it uses. You can calculate the potential cost of the tax here.

All autobahns are free to use.

It is now illegal to pass a vehicle on the Autobahn using the right lane; you can only overtake in the left lane. The sole exception to this is when both lanes are moving slowly due to a traffic jam. Unless overtaking, all traffic should remain in the right lane.

Generally, the recommended speed limit on the autobahn is 130kmh. There are a number of stretches with a legal speed limit, which is indicated by a black number on a white sign outlined in red. A blue sign written in white, on the other hand, stipulates the recommended speed. Insurance payments may be annulled if accidents occur at speeds of over 130kmh, regardless of who was at fault.

Any vehicle with a maximum speed of 60kmh is forbidden from using the Autobahn, including mopeds and bicycles.

Stopping or parking on the Autobahn is forbidden. If your car breaks down or you need to make an emergency stop, move as far onto the shoulder as possible and place a warning triangle 200 meters behind the scene. You must report the incident to the authorities using one of the emergency telephones (Notrufsäule) located every 2km along the Autobahn.

Do not run out of fuel on the Autobahn – this is considered preventable and unnecessary stopping!

Learn how to read the signs – the most important signs you’ll encounter on German roads are pictured here and here.

There is a speed limit of 50kmh in built up areas and 100kmh on open roads, unless indicated otherwise. Many roads have fitted radar cameras that will flash and automatically fine any car driving above the speed limit.

If you are involved in an accident, you are required to remain at the scene for 30 minutes.

Children under the age of 13 in Germany are not allowed to sit in the front seat of any vehicle with a back seat.

There is a 0.5 blood alcohol limit. People who violate this can lose their license after their first offence and face hefty fines.

German law requires that all automobiles have a portable red reflective triangle, first aid kit and a minimum of two reflective safety vests in the car at all times.

Renting a car in Germany is no different to other countries and does not require you to have an international driving license. That being said, there are some German budget car rental companies that will only rent to German license holders. This is not the case for any of the larger international companies.

Note that most cars in Europe have manual, ‘stick-shift’ transmission. It is possible to rent cars with automatic transmission, but they are often more expensive.

You cannot rent a car in Germany if you are under 21 years of age.

Due to pollution, a number of cities and towns in Germany have introduced environmental ‘green zones’ (Umweltzonen). To travel in these zones, your vehicle must have a special sticker (Umweltplakette) on its windshield. Without this, you will be subject to a fine. You can purchase these environmental badge stickers online, at auto garages, or at TÜV and DEKRA outposts. You can find out more about environmental zones and certifications here.

German law requires that all vehicles use special winter tyres from October to Easter. Failure to change your tyres will result in fines or a loss of insurance coverage in the event of an accident.

Many drivers living in Germany are members of automobile clubs, such as Allgemeine Deutsche Automobil-Club or Automobil-Club von Deutschland. These clubs offer a great deal of information in English, as well as providing emergency roadside assistance and selling insurance.

Additional resources:
For more information on driving in Germany, click here.
Images and explanations of all of the road signs in Germany can be seen here.

Have you lived in Germany? Share your experiences in the comments below, or answer the questions here to be featured in an interview!