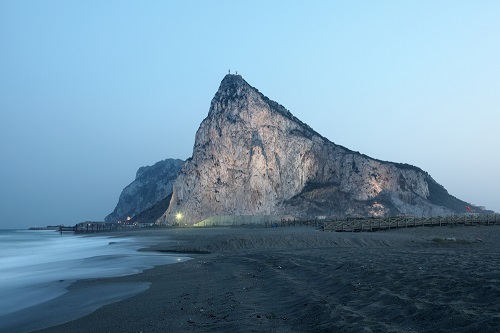 If you’re planning a move to the territory of Gibraltar, you might be wondering whether any of the rules and regulations relating to residency, healthcare and other aspects of life on the Rock have changed since Britain left the EU. We will take a look below at any post-Brexit changes. Overall, your rights as a British citizen in the territory will remain largely unaffected, but there are some nuances of which you might need to be aware.

What will I need to enter Gibraltar?

A last-minute Gibraltar deal was put in place just under the wire in December 2020, in which Spain and the UK agreed to retain freedom of movement between the two regions. Under this agreement, Gibraltar will be treated as part of the Schengen agreement, although it is not included in the EU’s Schengen information database, and the agreement to include it in Schengen territories is not yet legally binding. Cross border workers can thus still move between the two countries without showing their passports.

If you belong to a Schengen member state, you can thus also pass into Gibraltar with your ID pass. British nationals, however, must go through passport checks, as the UK is not a Schengen member. You do not need a visa – but see below regarding the ETIAS.

Note that this is a temporary arrangement. In late 2022, an Electronic Travel Information and Authorization System (ETIAS) is due to be launched for travellers outside Schengen nations. Visitors from visa waiver countries traveling to the Schengen Area will need to pre-register online. They will also have to obtain approval for travel before entering Schengen nations, and this will include Brits entering Gibraltar.

It is likely that, following ongoing negotiations at the time of writing, Spain will take on responsibility for Schengen immigration checks in Gibraltar, but it seems probable that Frontex officers will conduct border checks on the ground. Control over the border has been described by experts as an ongoing ‘bone of contention.’ It is very unlikely that Spain will take over control of Gibraltar.

Prior to Brexit, there were fears that flights between Gibraltar and the UK might go up, and the cost of flights have also been impacted by Covid-19. However, there are still good deals available.

Do I need a residence permit to live in Gibraltar?

Since Gibraltar is a British territory, you do not need a residence permit to live there.

Will I still be able to work in Gibraltar?

Yes. As a British national, your right to work will be unaffected by Brexit.

If you have a right to access public healthcare in Gibraltar currently (for example, if you are a resident or about to become a resident), you will still be permitted to do so. If you are entitled to national healthcare in Spain (for example, if you are employed and if you pay national insurance contributions), you will still be able to access treatment across the border.

If you are a British national visiting Gibraltar and you require emergency health treatment, this will be free on production of a UK passport, but you may also need a GHIC card (the post-Brexit replacement for the EHIC).

Will I still be able to claim my UK pension?

You will still be allowed to claim your UK pension if you are living in Gibraltar as a British national. You can also transfer your pension to Gibraltar under a qualifying recognised overseas pension scheme (QROPS). You may also be able to claim other benefits if you have made sufficient contributions into social security either in the UK or Gibraltar itself.

Note that Spain and the UK have now ironed out a taxation agreement, which came into force in March 2021, establishing enhanced cooperation between the British and Spanish tax authorities.

Currency-wise, you will still be able to use both sterling and euros in Gibraltar, but be aware that a weaker pound has been expected after Brexit.

Negotiations between Spain and the UK over Gibraltar are ongoing. Therefore, your rights as a British national in Gibraltar may change somewhat depending on the outcome of these negotiations, which are complex. If you are planning to move to the Rock, consult the Government Office of Gibraltar in London.