Home » Health » Do You Need Terrorism Cover In Your Expat Health Insurance Package?

Do You Need Terrorism Cover In Your Expat Health Insurance Package? 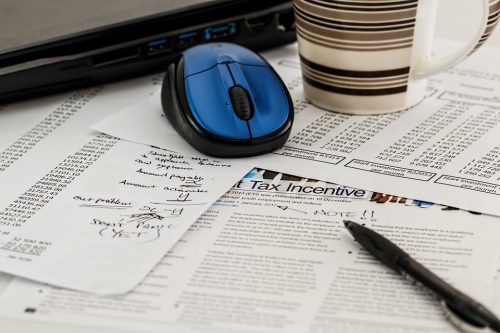 With growing numbers of insurance firms offering terrorism coverage as an add-on policy, is this an issue that needs to be thought about when moving abroad?

Regency For Expats says it is the first insurance firm to have the specific offer of terrorism cover in its international private health insurance policies.

They say they’ve had to tailor their products to help meet the changing nature of some overseas assignments that expats are undertaking, particularly in unsafe countries.Regency points out that the threat from terrorism is a risk that international employers need to address for their globally mobile employees – regardless of where they are working.

The firm says it has calculated what the potential cost of claims might be should a terror attack occur to help tailor its offering – and there appears to be a growing need for it from employers.

A spokeswoman said: “Customers expect protection for all eventualities when overseas and we have terrorism cover as part of our private health insurance offerings for expats.”

So, along with expats heading overseas who fear they may be subject to a major accident, or receive poor healthcare or medical treatment, comes the extra fear of being subject to terrorism or war.

Among the firms offering medical protection in high-risk areas is Pacific Prime, who say that the policies bring peace of mind for expats ‘should the worst happen’.

The insurer points out that traditionally, war and terrorism were considered to be uninsurable and most insurancers are still excluding these risks from their coverage.

However, Pacific Prime says it wants to offer comprehensive worldwide medical insurance policies that will provide cover for expats regardless of what happens.

The firm says that one reason why war and terrorism have been difficult to insure is that they provide a broad scope of violent acts which could be encompassed by the terms so it’s difficult for an insurer to judge the risk of an act of terrorism.

Insurance industry experts also point out that growing numbers of employers are opting for special risk insurance plans as well as war and terrorism coverage; there’s also a demand for kidnap ransom insurance for the employers of expats.

They point out that an individual expat’s health policy will probably not deliver the coverage for terrorism or war risks but a group plan policy could cover such risks at reasonable rates instead.

With 2016 offering a long list of terrorism acts around the world, more firms with a mobile workforce are looking at terrorism cover for hazardous regions.

International SOS and Control Risks, who are leading security and medical specialists in the expat world, have unveiled their ‘Global Risk Management’ programme to help expats and their employers.

The firms say this is a comprehensive service for their clients to deliver security and medical services for travelling executives and expats working overseas.

A spokesman for the programme said: “Travel and health safety threats come in a range of guises and the environment can often be complex, needing understanding, support and the response of a number of security and health risk related services.”

One reason for their offering is to help meet employers’ duty of care responsibilities while their employees are on international assignments.

To help expats decide where risky areas might be, they have published a travel risk map that reveals where the world’s danger zones are.

The map is produced annually and details every country’s terrorism risk. It will tell expats thinking of moving there how ‘hot’ that destination might be.

Most countries in the Middle East as well as sub- and eastern Saharan Africa carry a medium to high risk – that’s not so much of a surprise, but many will be surprised to read that there are parts of the Caribbean and Latin America which also have a medium risk for expats too.

In addition, most of Mexico receives a high risk red flag, except for its tourist hotspots.

However, the firms have also asked expat employers what they thought about potential risks, and 72% of them said travelling overseas had become more dangerous over the past year.

Worryingly, 57% of expat employers said travelling over the next year will be even more dangerous for their employees.

But it’s not just expats looking for terrorism insurance cover – tourists are also interested, so more firms may begin offering the policy cover.

One insurer who has seen a rise in inquiries from tourists is Bought By Many and they report a 382% increase over the previous two years from clients looking for specific terrorism cover.

Other insurers who offer cover to high risk countries are Bellwood Prestbury, Warzone Cover and Battlefield, though expats will need to check the policies carefully to ensure the cover will meet their needs.

Essentially, any expat or their employer who is looking at their benefits package and wondering whether they need specialist terrorism cover, should look at the International SOS risk map and decide for themselves; simply deciding not to go for the cover in a bid to reduce costs could be an expensive mistake to make.

It’s important that the expat has the correct level of health insurance cover while they are on assignment and while acts of terrorism cannot be predicted, the fact expats may be in greater danger in one country than in others means that the terrorism risk is one that should be appreciated and so it would be a good idea to add terrorism cover to their health insurance package simply for peace of mind.