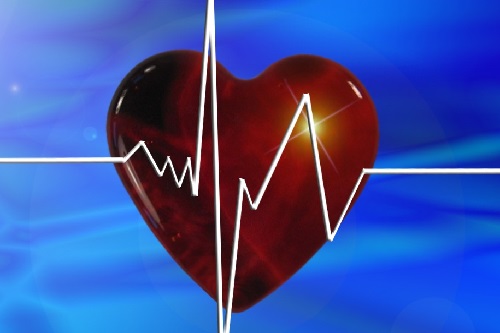 Most expensive countries for international healthcare

The cheapest countries for international health insurance are Ethiopia, Angola and Mali, with insurance premiums in these countries costing $7,027 on average.

The report also reveals that the average cost for health insurance premiums in America rose by nearly 40% this year and Singapore has now replaced China as the world’s first third most expensive location.

As employers expand into new territories, they are failing to address the threat of kidnap and ransom of their expat personnel and dependents, one insurance firm has warned.

The Health Insurance Group says that around 40,000 kidnappings take place every year and 40% of these involve expats or their families. Among the highest-risk countries are Libya, Mexico, and Bangladesh.

However, the firm says that kidnappings occur in many regions and employers should ensure they have adequate protection in place for their staff and help them prepare should the worst happen. Their research also reveals that the high-risk areas are expanding and becoming more dangerous for expats.

The firm’s head of international, Sarah Dennis, said employers have a choice of specific kidnap and ransom policies designed to protect employers with expat employees.

She added: “A kidnap and ransom policy should be integral to the provisions for employers meeting their duty of care for travelling and overseas staff, wherever they are working.”

Expats in Kuwait who aren’t registered with the country’s health insurance system will be paying more for their health treatment and medicine from 1 October, the Ministry of Health has announced. The ministry says fees have not gone up since 1993 and the government is facing fast rising costs for medical services and medicines.

Now non-Kuwaiti visitors to the country will have to pay fees for the health services they use if they are not registered with the health insurance system.

For those expats who are registered with the health insurance system, then their fees will remain the same at KD50 (£129/$166) and KD40 for a spouse and KD30 for each child. However, they will pay more treatment at a clinic; the price has doubled to KD2 ($6.63) and KD5 ($16.50) – up from KD2 – for hospital treatment. Intensive care treatment will also no longer be free.

There are some exceptions to the new fees, including children suffering with cancer and non-Kuwaiti wives married to Kuwaiti citizens.

Meanwhile, news outlets in Kuwait are reporting that the country’s Health Ministry is looking to increase the medical service fees for expats still further. This follows an announcement that pregnant expat wives will be prevented from giving birth in the country’s public hospitals for free; they will need to pay a KD50 health tax if they have a natural childbirth.

The sum will be levied on expats and visitors alike and they will also need to pay KD10 for every extra day they spend in hospital after the initial three-day delivery period. For those foreigners without a residence permit, they will need to pay KD400 during their stay in hospital plus KD70 for each extra day.

The new system of fees being proposed by the Ministry of Health has raised an issue that nearly 600,000 expats in a country will not be able to afford healthcare.

One newspaper reveals that the Central Statistical Bureau has calculated that the salaries of expats in the private sector range from KD60 to KD119 – that wage band accounts for 43% of the country’s 1.4 million private-sector employees. Another 100,000 expats working for government agencies who receive salaries ranging from KD250 and KD400 will also find the new fees a problem, the news outlet reports.

Expats in Australia face paying 6% more for health insurance premiums as fewer people are taking out cover. It’s the first dip in 10 years, and is a growing issue partly due to young people refusing to take out healthcare insurance at all.

Now the industry says premiums will need to rise to meet growing costs in the face of falling incomes.

In addition, the country’s doctors are urging the government to deal with private health insurance policies it describes as ‘ripping’ people off.

The Australian Medical Association (AMA) says that private medicine is ‘under siege’ and that many health insurance policies do not provide cover for many illnesses. The AMA says it wants to see the law changed so all healthcare policies deliver a minimum level of cover.

Expats in MENA at risk of diabetes

For growing numbers of expats in the MENA region, diabetes is becoming a serious concern, says Aetna International.

The health insurance firm has published a report that reveals that diabetes is growing so quickly that it could overwhelm the healthcare systems in many countries. This is despite diabetes being preventable and controllable.

Aetna examined the population data from its mobile customers and found that diabetes grew by 40% across Europe, the Americas and Southeast Asia as well as the Middle East and Africa. However, the highest rate of diabetes last year was found in the MENA region with 2.58% of its client base, followed by the Americas with 2.13%. In Europe, the prevalence is 1.59% and in Southeast Asia it is 1.79%.

Most of this increase is type II diabetes, which is preventable with early detection and behaviour change.

Aetna’s Dr Mitesh Patel said: “This is a worrying level of diabetes for expats living in the MENA region and is part of imported Western lifestyles as well as sedentary work.” He stated that expats relocating to the Middle East or Africa may be exposed to unhealthy fast food and enjoy less active ways of working than they would in their home countries.

Dr Patel added: “The diabetes burden is worsening in the MENA region, not getting better, and it’s putting pressure on care providers and the health insurance industry. This may lead to health insurance premiums increasing, which no one wants.”

Health costs for expats in US set to rise

Researchers have revealed that employers in the US are predicting that their healthcare costs will rise by 5.5% next year. The findings from Willis Towers Watson follow a 4% increase in costs this year.

In the firm’s annual Best Practices in Healthcare report, they reveal that growing numbers of employers will be facing cost pressures and there will also be problems with employee affordability. However, the survey also reveals that the Affordable Care Act, also known as Obamacare, has reached high levels of employer confidence when they offer employee healthcare benefits. The firm says that growing numbers of employers are now looking to take up a number of approaches to help reduce their healthcare costs and lower their risks.

A suite of international health insurance solutions has been unveiled to help small and medium size inter-governmental organisations (IGOs) with between 10 and 300 members of staff. The policies from Allianz Worldwide Care offer three levels of cover to meet different needs and budgets. The plans will enable access to 750,000 medical providers around the world, as well as medical advice that is available 24/7.

A spokeswoman for Allianz said that smaller IGOs often do not have an HR team and the new international health insurance offering will meet this need. She added: “Having access to well-being and health support for staff and their families is something we want to ensure the employer does not have to worry about.”

While 98% of employers believe a globally mobile workforce is important to achieving their business objectives, one in three say it is a crucial part for delivering their aims. Now research from AXA reveals what expats heading overseas most want from their employers.

In first place is a need to have their accommodation paid for, closely followed by international health insurance that covers more than one country. In third place is income protection.

Their findings also show that while 51% of employers said sending staff on an overseas assignment will help boost performance, there is also a growing trend for expats to become international commuters. Three quarters of employers said that while most staff will accept a post overseas, they want to continue living at home, and 38% said their staff will work overseas on short-term contracts only.

The Expatriate Group says clients will be able to buy short-term international healthcare policies in a bid to meet demand. These policies can be available for three months with the end date defined. The firm says the policies will help clients offering short-term secondments to employees moving overseas.

Expatriate group director, Lee Gerry, said: “Travel policies may not work in all cases and in the event of a claim, the aim is to get the client back home for treatment. Our short-term IPMI policies also allow clients to enjoy local medical treatment without a break in their overseas obligations.”

Expats in Thailand will be able to access Aetna healthcare products after the firm bought BUPA Thailand. The firm says they will be able to broaden their offering to meet demand.

Bahrain’s health ministry has confirmed that expats will not be allowed to enter the kingdom without having undergone medical examinations at approved health centres in their home countries. The announcement follows the suspension of expat recruitment to Bahrain from Indonesia.

Growing numbers of patients from the Middle East are heading to the UK to enjoy cutting edge medical technology in a number of treatments, say leading British clinics. Large numbers of people are heading to Harley Street in London, and Birmingham is also a popular choice for treatments.

If you are a foreign student heading to the US and are confused about the country’s insurance and healthcare system, then the International Medical Group has an infographic that will help you navigate through the system and determine which level of cover you will need. Foreign students heading to the US must have health insurance before taking up their studies, though most universities offer access to cheap health cover.

The Dubai Health Authority has revealed that its call centre – that was created to help expats with the new mandatory health insurance system – has received more than 1.5 million calls in the first six months of 2017. Most of the calls were from expats in Dubai and 37% of calls were about facilities and individual licences, followed by questions over medical fitness service.

Oman has revealed that it is planning to introduce mandatory health insurance for those working in the Sultanate’s private sector from next year. It could be implemented from January if the proposals are approved.

A travel safety app has been unveiled for group risk customers by insurer Zürich. The app is free to download for the firm’s group protection customers and will enable users to access an emergency hotline 24/7 as well as finding up-to-date security information about the countries they are travelling in.