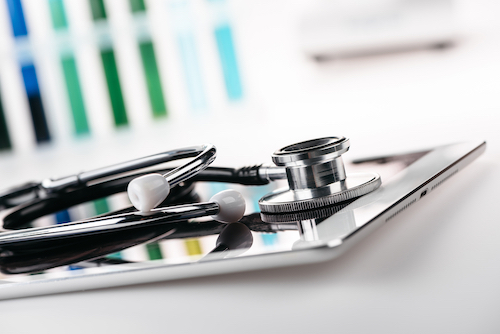 Expats In Bahrain Must Have Health Insurance

A new law in Bahrain means that anyone entering the country – whether as an expat or as a temporary visitor – will need to have health insurance before they will be allowed in.Previously, expats were required to pay out of pocket when having medical procedures, but the new rules have been put in place to avoid bills going unpaid. In the past, many expat employees have been covered by their companies, and this is still an option under the new rules. However, it will now be down to individual expats to ensure that their insurance is in place, rather than the responsibility of their employers.

Allianz has released a number of new plans aimed at helping expat families to obtain health insurance that serves their needs. The ‘mix-and-match’ approach means that those who are moving abroad can now choose a plan that matches what they need, rather than having to sign up for extras they may not require, or having to pay out-of-pocket for elements that are not covered.

There are also discounts for families with more than two children, and flexible plans that cover a variety of different locations.

Kuwait is floating the idea of a new health insurance regulation which would mean that every expat has to pay an extra 130 KWD (£331 GBP / $428 USD) for their healthcare.

The costs would cover medical tests and treatments, including radiology, and would be the responsibility of expats working in the Kuwaiti private sector. Most of these expats are already insured through their companies, so in reality it would fall to their employers to ensure that adequate cover in place. However, the same amount will also need to be paid for each of their dependents, so expat employees will need to make sure that their company plans cover their dependents as well.

The annual Travel Risk Map shows the most dangerous destinations to visit as a tourist, or to move to as an expat. Topping the list of locations to avoid are Afghanistan, Syria, Yemen, the Central African Republic, Niger, Eritrea, Sierra Leone, Liberia and Guinea.

Venezuela, Saudi Arabia and Thailand all have very low levels of road safety, which causes a high number of deaths in each country every year.

The safest destinations on the list are all of the Nordic countries, with much of Western Europe also being considered safe in terms of risks from terrorism, disease and general safety.

The number of expats moving to Delhi is on the decline due to increasingly bad air quality in the city. Many expats who already live there are looking to relocate elsewhere, particularly if they have children who may be harmed by the pollution.

Expat parents’ complaints are being met with disdain from locals and the government, who often view air pollution as a first-world problem and do not feel that it is something that needs to be addressed urgently.

The new Thai visa which has seen expat retirees up in arms turns out to be unenforcable. Last month, Expat Focus reported:

New health insurance regulations for expat retirees in Thailand will come into force at the end of October. Under the new rules, all retirees will need to sign up for expat health insurance, at rates many expats are deeming "exorbitant."

In reality, this creates a loophole that means no expats need be liable for the new insurance rules, since it is possible to change your visa from an O-A to an O very easily.

Insurers In The Netherlands Lower Premiums For 2020

Several Dutch health insurance companies have announced that they are lowering their premiums for 2020. The cheapest Dutch packages now include VGZ and CZ, two of the most popular options with the highest level of cover.

Bucking the downward trend, DSW is increasing its premiums by 6 euros, and some others are increasing slightly as well. However, the eigen risico state healthcare option is remaining at its current price.

Healthcare expenditure in the Netherlands is set to increase by 25 million euros due to a government bid to ensure that there is always five months’ worth of medication available to citizens and expats.