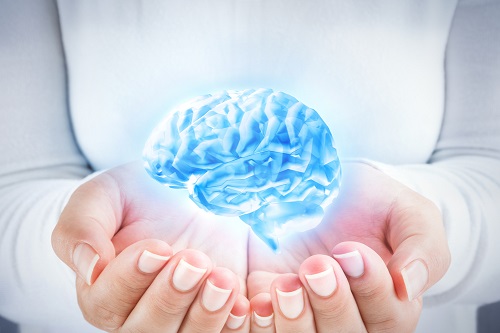 The recent HSBC annual Expat Explorer survey revealed that many expats put flexible working as high on their list of priorities when choosing a company. The benefits of flexible working – either in the form of working fully from home, flexible office hours or hybrid work (part digital) – have been significantly highlighted during the Covid-19 pandemic. Not only has flexible working led to increased productivity and higher staff retention rates, but it has also had a positive impact on mental health. For example, in some instances, having greater control over working hours has helped decrease employee levels of stress.

In saying this, hybrid or from-home working can also have an adverse effect on mental health. How many people welcomed the opportunity to give up their commute to stay at home all day during the country-wide lockdowns, only to find that they missed the ‘decompression chamber’ provided by a solitary drive or train journey? For some, the commute is the only time for personal space during the day. Expats also struggled with reduced opportunities to escape back home for much needed time with families and friends.

With flexible working, therefore, mileage varies. It’s crucial to assess what kind of working hours are right for you, and to be open and honest with your employer regarding time spent at ‘the office at home’ and in your actual workplace. It’s in their interests to at least meet you halfway. The HSBC surveys also reveal, from canvassing recruiters and employers in the expat world as well as employees, that many companies are highly aware of the importance of offering flexible working. After all, if your mental health suffers, so will your productivity and often your capability – and that means no-one benefits.

In November, the Times ran an article about ‘repats’ – expats who have decided to relocate back to their home nation. Recent data shows that the numbers of such people, despite Covid-19, might not be high. Indeed, many of the expats surveyed said that they were determined to remain in their chosen nation.

Nonetheless, some expats have made the difficult decision to return home. Estate agency Knight Frank reports that two thirds of its overseas customer base had decided to invest in property in the UK – a direct result of Covid-19 – whether they were planning an immediate return or not. 29% told Knight Frank that they were in fact intending to return. But how is this ‘repat’ phenomenon related to mental health issues? We’ll take a look at the issue below.

Repatriation is a big step, and it can feel like a retrograde one. Anxiety due to the pandemic has fuelled a number of expat moves. Homesickness, particularly in the case of long-distance expats, such as Brits in Australia, is a factor. Expats who hadn’t previously contemplated returning suddenly became aware that their parents hadn’t yet met their grandchildren, and as Covid-19 dragged on, the fear that they might never do so became foremost in some of their minds. And what if an elderly relative were to fall ill?

The inability to travel – or the fear of getting locked out of your host country if you choose to do so – has led a great many people to undertake some soul searching about what they really want and need. And it is not just a case of mental health, either. Expat freelance journalist Jane Mulkerrins, who provided an expat case study for the Times, was resident in the States and, shortly into lockdown, broke her shoulder without health insurance. Unsurprisingly, her mental health then began to suffer as well. The storming of the capitol in January 2021 was the last straw. Jane came back home to the UK as soon as she could, after a $230K operation. There are many situations that can lead expats to repatriate, and Jane’s case is just one of them.

Because we are social, tribal creatures, one person making a move can often lead to others following suit. It’s really important to realise that you haven’t ‘failed’ if you feel the need to go back home. Regard it as a forward step in a different direction, not a backward move. Many expats tend to be ‘Alpha’ types who want to tough things out. Sometimes that mindset can trip you up and become counterproductive. Bravery takes many forms.

It’s also important to realise, however, that returning home won’t solve all your problems, and it may even create some new ones. Long-term expats find that their country of origin has changed in ways that aren’t necessarily apparent from brief visits, and that it can be harder to make friends when you’re older. Mulkerrins told the Times that, having come back to London, she suffers from ‘perennially itchy feet.’ Her solution is to find new ways to enjoy her old city, reconnect with friends and family, and take the adventurous spirit that took her abroad in the first place back to her new life at home.