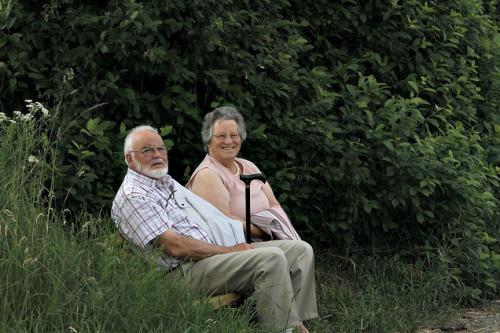 It’s a tempting thought for many potential expat retirees to head overseas for their twilight years and enjoy lazy days on beaches or enjoying bazaars and markets before having a cool drink after a busy day.

For many, this is an achievable retirement plan and it’s something many expats work towards for a number of years and plan to enjoy it accordingly – particularly if they are planning to retire early.

However, with many expat retirees heading to a country with a lower cost of living than their home country, there is one aspect of their retirement that should not be ignored, and will, increasingly, become a crucial part of their everyday needs.And that’s the question of international health insurance for expat retirees.

Moving to another country for retirement

For those interested in moving to another country for retirement, where the living costs are much lower, particularly for expats from the US, then Central America offers a high standard of living, with low living costs, especially Costa Rica and Panama.

The next best destination is South America where Colombia and Ecuador offer expat retirees a good standard of living, followed by countries in Asia, such as Thailand and Malaysia.

However, while researching a potential retirement destination, the expat should really sit down and examine very carefully what the healthcare offering looks like and whether they need health insurance to assist them with access for their medical needs when necessary.

Indeed, there are international health insurance plans available for expat retirees and those who are retiring early will find that the premiums are much lower than for those who retire later in life.

Another important issue for expat retirees, is that not all insurance plans will accept a new member up to a certain age and some may even refuse cover when an expat reaches that age.

This means expat retirees should be vigilant about finding a health insurance plan that suits their needs and continue to do so, regardless of their age when reapplying.

It’s also important that expats find a health insurance policy that will include any pre-existing conditions and will not deny cover because of their age; should the expat find these are issues when they are injured or sick, then they’ve left it too late to realise this.

That’s because there are some common conditions that will be included but others will be termed as ‘manageable’ and will be treated differently. Also, some policies may include alternative treatments, such as yoga, while others will refuse cover for things like drug addiction therapy, for instance.

Another important tip that expat retirees should also consider is to understand the underwriting process and before heading off overseas to their new destination, to complete the waiting period for their new expat health insurance policy after signing up.

By doing so, the road to coverage will not only be smoother, but should there be an issue within the first few months of living overseas, or whatever the waiting period is, then they will receive the medical help they need.

It’s also important that expat retirees appreciate that their international health insurance policy is not a ‘one-size-fits-all’ offering and will vary according to the location the expat is planning to live in.

For instance, should an expat be heading to Ecuador, then their needs may be different to those who are retiring to France. Also, the healthcare they receive will probably be very different to what they have experienced at home or in other countries.

It also helps that retirement overseas is growing in popularity, so healthcare insurance policies are becoming not just more common and more affordable but also easier to understand so the policy holder will know exactly what will be covered.

Indeed, there are also specialist health insurance brokers, who will be able to help those looking to retire overseas with specific policies that will deliver the cover they are wanting.

Here are some top tips when looking at expat retiree health insurance plans:

– The plan should cover the expat’s increasingly demanding and complex health needs as they grow older
– The health plan should cover them for life and should not end when the policy holder reaches the age of 65, or 70 with some insurers
– Having an expat health insurance policy that covers them for treatment in their home country could be beneficial, should they return to see friends and family
– Finding health cover for pre-existing medical conditions could be crucial and expats should be prepared that most plans will tend to exclude the applicant’s pre-existing medical conditions
– Expat retirees should also consider a plan that will cover them for travelling and for visiting other countries, with evacuation coverage and a high medical treatment limit.

One other tip for US expat retirees is that they should remain signed up with Medicare – though if they have signed up for Social Security benefits before they reach the age of 65, then their Medicare enrolment will be done automatically (for parts A and B). Late enrolment will see a 10% premium surcharge being charged.

Also, for expat retirees from European Union countries heading to another member country, for instance lots of British pensioners head to Spain, they must sign up with their local healthcare provider to access facilities. It’s also a good idea to have health insurance cover as well since the state may not offer medical help for long-term conditions or even a serious diagnosis.

Finally, finding a suitable health insurance policy as an expat retiree can be a time-consuming and confusing process, so it may be a good idea to use an insurance broker who understands and has experience with expat insurance policies, to find one that best suits an expat’s needs.