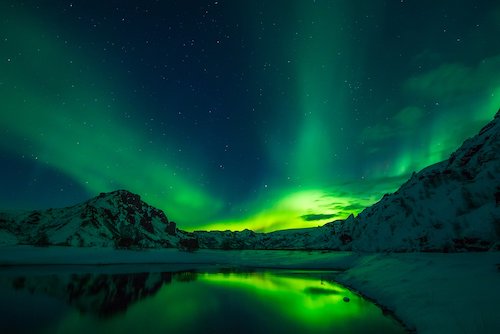 Iceland is a reassuring country to visit if you are English-speaking: a large percentage of the population speaks English and you should have few difficulties making yourself understood across the country. However, you may also wish to learn some Icelandic whilst you are resident here. We will look at some of your options below.Icelandic itself has Indo-European roots. The language is a North Germanic one, related to Norwegian and Faroese (it is linguistically closer to the latter) with some influences from Gaelic – the early tongue that was spoken here in ancient times. Icelandic is the official language of the island, and Icelandic Sign Language also has an official place here.

Historically, however, despite competing with Danish for a short time, Iceland has been linguistically homogenous, due to its small population and remoteness, and it has changed so little since the 12th century that modern Icelanders can read old texts, such as the sagas, with relatively little difficulty. It retained Old Scandinavian grammar, but a language movement in the 19th century standardised it. It now has some loan words from Celtic, Latin, Danish, and Roma languages, but overall has remained remarkably constant down the centuries. Around 93% of the population currently speak it.

However, the use of English is widespread across Iceland. It is the lingua franca of commerce and if you are working in a company based in the country you should have little difficulty in conversing with your colleagues in your native tongue. Scandinavians generally tend to speak good English and you will find that the Icelanders are no exception. English is compulsory in schools from the age of 7/8 and English-language media is common in the country, and undubbed. You will therefore find that Icelanders tend to have a good understanding of some British and American cultural norms as well. 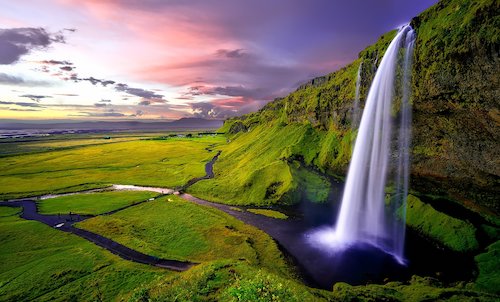 You do not need to learn Icelandic to live in Iceland

Realistically, you do not need to learn Icelandic; you will be able to negotiate your life in the country with just speaking English. However, it is always polite to try to master a few phrases in your host language, wherever you are, and Iceland is no exception. People will appreciate that you have made the effort, especially as Icelandic is held to be one of the most difficult languages in the world to learn. Some basic phrases might include:

If you are linguistically-inclined, or have an interest in Icelandic literature, there are opportunities to learn the language when you are on the ground, or before you arrive. The University of Iceland runs an online language programme, Icelandic Online, but also offers more intensive courses such as a full BA programme in Icelandic as a second language, and a shorter practical Icelandic for International Students course.

The University of Akureyri also offers a 6ECTS course every semester in Icelandic for its international degree-seeking students and exchange students. The focus is on provision of a comprehensive insight into the Icelandic language, particularly with regard to written and spoken Icelandic. 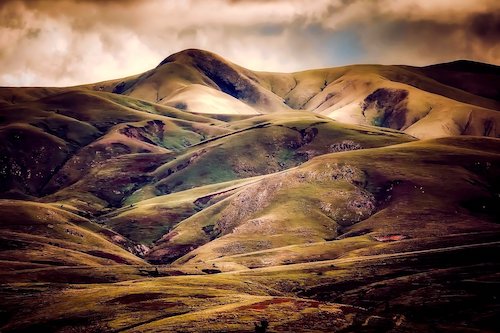 The learning centre of Mímir Símenntun also offers courses in Icelandic at beginner, intermediate and advanced levels for foreigners throughout the year.

The Snorri Programme is for young people of Icelandic descent living in North America. Students learn Icelandic language, history and culture and part of the intention is to strengthen ties with relatives in Iceland.

The University Center of the Westjfords hold summer schools in Ísafjörður and Núpur, of varying lengths and levels:

Beginners A1-A2: a three-week course designed to meet the needs of students who want to learn Icelandic and experience life in a small Icelandic town.

Crash Course A1: a one-week course in Ísafjörður held three times a year, in winter, spring and summer. It is designed for students who want a short, intense instruction in Icelandic language before going on to study In Iceland.

Intermediate A2-B1: a two-week course designed for students who already have a basic knowledge of Icelandic and wish to improve it.

Advanced B2: Two one-week courses which emphasise special advanced Icelandic skills which students can combine and take both courses if they wish, or just choose one. These courses are designed for prior learners of Icelandic. 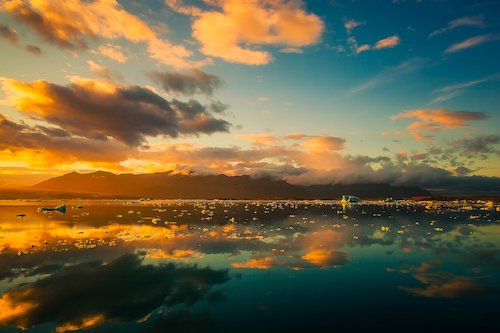 There are English teaching jobs available in Iceland, if you have the relevant qualifications

There are English teaching jobs available in Iceland, if you have the relevant qualifications. You will need at least a certificate in either TEFL (Teaching English as a Foreign Language) or TESOL (Teachers of English to Speakers of Other Languages).

It is also preferable if you have experience in teaching schemes such as the Cambridge English exams or IELTS (International English Language Testing System): the English test for study, migration or work. Some teaching experience in the Graduate Management Admission Test (GMAT) will also be helpful. This assesses analytical, writing, quantitative, verbal, and reading skills in written English for use in admission to graduate management programs, such as the MBA. You may also find work more easily if you are experienced in teaching English for particular sectors, such as tourism and hospitality, or in summer schools. Salaries are quoted on average as being US$1500 – 3000 per month, but the cost of living in Iceland is comparatively expensive as compared to other European countries.

Translating and interpreting work is likely to be competitive given the high standard of English among Icelanders.