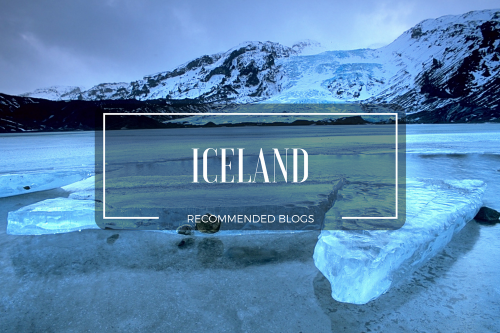 At Expat Focus, we like to be on the lookout for resources around the web that could help prospective expats adjust to their new countries. Today, we’re taking a look at Iceland and some of the blogs that might be useful for expats there.Unlocking Kiki
www.unlockingkiki.com

Lead to Reykjavík by love, this American native has a real passion for Iceland and the native home of her Viking fiancé. Iceland through her photographs is a wild untamed beauty, you’ll find all the best spots off the beaten path, and useful tips on when and how to enjoy all of them. Expat advice, relevant to veterans as well as newcomers, is easy to find and plentiful, a gift for anyone planning an expat life in Iceland.

Born and raised in California, Maria has been keeping a visual diary of her life in Iceland since 2004. Her thought provoking and well-written posts cover all areas of life in Iceland, from the mundane to the fanciful; nothing is ignored. Talking about the Island’s history and politics make up some of her best posts, seeing the changes through her eyes really brings the country alive.

Larissa moved from Brooklyn, New York to Reykjavík in 2012 to pursue further studies and to learn the language. The blog documents her trials and tribulations of being a foreigner in a new country, learning a new language and exploring her new expat home. You will pick up some great hints and tips from her stories and get some real insider views, which include, but are not limited to, her meeting the President of Iceland.

Sky As a Kite
www.tine.pagekite.me

German-born Christina recently celebrated her 15-year expat anniversary in Iceland, although she spent a couple of those middle years in China teaching English. Armed with a camera and an eye for a good shot, you will find a lot of Icelandic scenery on this blog, in-between short and lengthy posts of daily life and travel. She writes about common expat problems, confusions, cultural clashes and running a small bakery from her home. An interesting woman, with a unique outlook on life in Iceland.

Stranger In A Strange Land
www.strangerinastrangeland.co

Crystal left the USA for life as an ice-skating coach in Iceland and has been blogging about her experiences there since her arrival. Bitten by the travel bug during her year abroad, she enjoys travelling in Iceland and beyond; her blog goes everywhere she does. Very honest accounts of the struggles of living in Iceland, attempting to speak Icelandic and living a life so far away from family and friends.

A Life With A View
www.livelifewithaview.com

A holiday in Iceland was all it took for this adventurous couple to decide to move there. Americans Bobby and Jeannie used their training as chiropractors to secure jobs and a year after their holiday they were officially residents. Monthly expat updates are a staple of this blog, following their journey through their first years as well as some very interesting facts about Icelandic culture that are worth reading if you want to avoid any awkward and embarrassing Icelandic faux pas as a new expat.

We’re always on the lookout for more sites to feature – if you run a blog about living in Iceland, leave us a link in the comments and we’ll take a look!