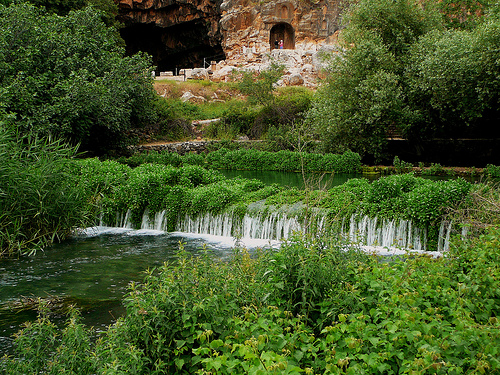 Israel is a country of great contrasts and variety. It is of course a very modern, technically advanced society, but it retains a strong undercurrent of religiosity and tradition. Then of course there is the fact that it is home to Jewish people from all across the world – and even though they may all be Jewish, they have different cultures, ethnicities, and languages. There is of course also the 20% Arab part of the population, and several other smaller groups.In addition to the diverse citizenry, Israel is also home to a large number of expats, mainly due to its location and its thriving economy.

With this kind of diversity, it’s difficult to make simple generalizations about the country, but on the whole, most expats tend to agree about the things they love and hate. Here are five things expats love about living in Israel.

Jerusalem may be old, beautiful, and rich in its history, but most expats fall in love with Tel Aviv. It’s a young, vibrant, cosmopolitan, and liberal city with a great party scene, excellent beaches, lots of cafes, and a great cultural life in general. The city truly never sleeps, and it’s extremely safe. Tel Aviv is also known as one of the most gay-friendly cities in the world.

Israel is sometimes called ‘Startup Nation’. It ranks second only to the United States in terms of the number of startup companies it has. The country also has thriving industrial and agricultural sectors, and is a world leader in solar energy and in technology in general. Expats also love the fact that the business culture is quite casual in every way, from the dress code to the relative absence of formalities when dealing with people.

Between the other expats and the Jews from across the world who come to make their home in Israel, you can meet people from an incredible range of countries here, speaking their own languages, and with their own cultures and traditions. As we mentioned earlier, there are people from so many different cultures and religions in Israel, and it’s almost impossible to find a mix like this anywhere else in the world.

Israel’s weather and landscape vary considerably, but most expats tend to be located in either Tel Aviv or Haifa. The climate in both cities is what most people consider perfect – a Mediterranean climate, with warm, dry summers and cool, wet winters.

Private vehicles remain important in Israel, but compared to most other developed countries, there are fewer vehicles in the country per capita. Israel has an excellent public transport system, consisting mainly of a huge number of bus services and a wide rail network.

But there’s always another side to it – here are five things that expats hate about living in Israel.

Israelis are frequently described as rude – expats say that people in Israel will be impatient, will push in crowds, cut into queues, honk excessively in traffic, speak loudly, and yell at each other quite promptly. Most expats eventually realize that underneath this coarse exterior, most Israelis are warm, kind, and generous. A shopkeeper may yell at you one moment, and be extremely helpful the next. The slang term used to describe Israelis is sabra – a prickly pear, with a hard, spiky surface and soft, sweet insides. However, that surface can be quite difficult to get used to.

Handling bureaucracy is always difficult, and doing so in a new country tends to be much worse. Most expats describe Israel’s bureaucracy as being particularly frustrating and annoying. There are hundreds of rules, many of them trivial, confusing, and inconsistently applied, and officials tend to be brusque and unhelpful.

Pretty much every expat dreads having to deal with customer service in Israel, whether it’s to make a purchase, make an inquiry, or file a complaint. Sometimes staff will be disinterested, uninformed, and actually rude.

Driving in Israel isn’t as chaotic and dangerous as it is in some other countries, but it can be extremely frustrating for outsiders. Drivers are often impatient and inconsiderate, and road rage isn’t uncommon.

Perhaps ‘hate’ isn’t the right word, but the security situation is one of the biggest negatives for expats in Israel. In many ways, the country is exceptionally safe, including for women. However, the constant awareness and reminders of the possibility of a terrorist attack can make life rather stressful.