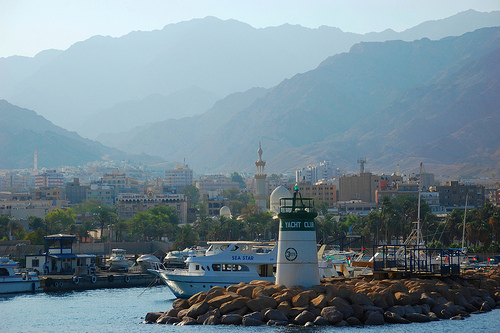 Located in the Middle East, Jordan is a land steeped in history and culture. Despite sharing borders with borders with Iraq, Israel, Palestine and Syria, Jordan has been a haven of peace and is a wonderful mix of the ancient and the new. The country has been home to an expat population for many years now. There are a number of very good reasons to move to Jordan, and here are five of the best!The people

Jordan is a warm, friendly place where people welcome expats from all around the world. Most expats have found that making friends outside of the expat communities is easy to do. You could well find yourself invited to someone’s home for a meal or coffee soon after you get there! These occasions are a great way to gain insights into the minutiae of Arab and Jordanian domestic life. An important part of this encounter is the coffee ritual first, where it would be impolite to refuse to partake because the conversation continues only after this ritual.

Jordan has a very high quality of life, one of the highest in the Arab world. Expats and locals have access to a high standard of living with world class healthcare facilities. Since 2005, the economy has grown at an approximate rate of 4.3% every year. Jordan has also been classified by the World Bank as a country with an upper middle class income. With a 98% literacy rate in 2012, the general population of Jordan is very well educated. The life expectancy in Jordan can be compared to any country in the West, as can the healthcare systems. The government has launched a number of initiatives including “Decent Housing for a Decent Living” to ensure that the poor have the opportunity to own their own homes. In 2010, the Quality of Life Index stated that 72% of the population reported being happy with the standard of their lives.

Words are not enough to describe beauty and the majesty of Petra, one of the seven wonders of the modern world. It is Jordan’s most popular tourist attraction and has been a UNESCO World Heritage site since 1985. It lies between the Red and Dead Seas. In ancient times, Petra was an important intersection between Egypt, Arabia, and Syria-Phoenicia. It is half-carved and half-built into the rock and is truly an architectural marvel. While Petra is magnificent during the day, you can also visit it for a candle-lit view of the Grand Treasury at night.

Petra may be considered the jewel of Jordan’s architectural and cultural marvels but it is by no means the only stunning place to visit in Jordan. You could visit Wadi Rum, a valley in the granite and sandstone rock of south Jordan. Wadi Rum, or the Valley of the Moon, has been the location for many famous films including Lawrence of Arabia, The Transformers franchise, and The Martian. The best way to see this area is to book a stay in a Bedouin tent and enjoy their food and hospitality. Other activities include sky-diving over the Dead Sea which, being the lowest point in the world, provides an additional four hundred metre drop!

Safest country in the Middle East

For many years, Jordan has been one of the most politically stable countries in the Middle East. The crime rate is also low, and most citizens and expats are able to go about their daily lives without feeling threatened at all. There is a large military and police presence outside cities such as Amman, which have served as a major deterrent to terrorist activities since the bombing of the Radisson SAS in 2005.

The one reason why you may not want to move to Jordan is the level of conservatism in you are likely to encounter. As a country, it is more progressive than the rest of the Middle East, but at its heart, it is still a conservative Muslim country. Simple things, like the ability to wear shorts, which you might take for granted in your home country, are considered unacceptable in Jordan. Homosexuality is not strictly illegal in the country, but the general attitude to an openly gay lifestyle is negative, and there is a lot of discrimination.