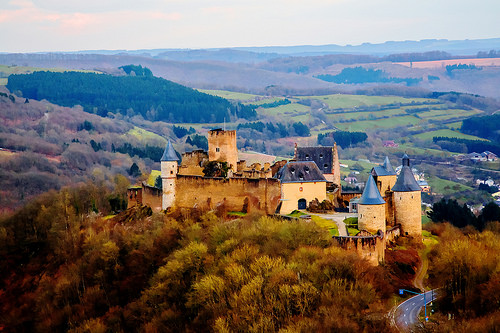 The tiny, almost fairytale-like country of Luxembourg is tucked away in Western Europe. It is landlocked and bordered by Germany, France and Belgium. Even though it is one of the smallest nations in the world, expats from all over are attracted to this place mainly because of its standard of living, rich culture and colorful history. You will also find a fair amount of diversity in this scenic place.While there is a lot to see and do in Luxembourg, expats may experience some awkwardness adjusting to it, especially in the beginning. This problem can be easily avoided with a little research and reading up before making the move. Below is a short guide to ten common mistakes to avoid so that the transition becomes smoother.

Speaking Only English: Most expat sites and resources will tell you that English, German and French are as widely used in Luxembourg as the local language Luxembourgish. However, upon moving, you will realize that only a small percent of the people are fluent in English and you will probably need to know more than basic French in order to converse independently with the locals. It is therefore a good idea to attain a fair level of proficiency in French and/or German before moving to Luxembourg.

Having Limited Financial Resources: Moving to any new place is an expensive affair. If you are planning to look for a source of income after moving to Luxembourg, you may soon find yourself in a tight spot. It is essential that you first determine how you will support yourself during your stay. This could include saving up an adequate amount to pay for rent, utilities and groceries or acquiring a job beforehand, so that you can pay for your everyday expenses once you get there. Even those who are planning to retire in Luxembourg should consider this aspect carefully.

Moving Without The Paperwork: Anyone who wants to live and work in Luxembourg should have the required residence and work visas. In most cases, it is the employers who get an expat’s paperwork processed. Citizens of the EU/ EEA member states don’t require visas.

Being Unaware Of The Taxes: The government of Luxembourg has all employers deduct income tax as well as social security payments from their employees’ wages. The tax could range anywhere between 0% (for salaries less than or equal to € 11,265 per annum) and 40% (for salaries more than € 100,000 per annum). Retirees will also be required to pay taxes if they earn any form of income in Luxembourg.

Shopping Locally On A Budget: Luxembourg is very expensive in comparison to its neighboring countries. Many expats claim to spend more than double what they are used to on daily items. The locals have found a way to shop and save money at the same time. They take a bus or train to Germany, Belgium or France instead, for purchasing items like clothes, toiletries, household appliances and even food. Shopping outside of Luxembourg is the most widely-shared “secret” to saving money.

Importing A Car: If you are very attached to your car, and wouldn’t dream about moving without it, rest assured that you are not alone. Unfortunately, Luxembourg is a very small place and parking spaces in this country are very difficult to find. While the size of the average European care has grown in the last few decades, the size of the parking spaces hasn’t. Finding a parking spot for a big car is a challenge many foreigners face.

Leaving Your Walking Shoes At Home: Many expats express surprise over how much they have to walk around when they are in Luxembourg. Taxis are too expensive for everyday commuting and it may take you longer to reach your destination if you take the bus. On the plus side, this helps you shed weight without hitting the gym.

Expecting A Fast-Paced Life: Expat life in Luxembourg is a bit slower compared to many other countries. You can hope to make a lot of friends who will get you involved in different activities and outings. Even after this, you’ll see that you still have time to spend with your family. If you are looking for big-city life though, then you are likely to be disappointed.

Using First Names Too Soon: In Luxembourg, the locals use an honorific title like Monsieur (for men) and Madame (for women) with the surname to address one another. Only family and friends use first names to address each other.

Settling Down In The Wrong Region: Most of the expats who move to Luxembourg are likely to move to any one of the country’s two main regions, Oesling in the North or Guttland in the South. While contacting an agent for rentals or purchase of a house is a good idea, remember that most of them have limited property listings. Getting the apartment of your choice through an agent could therefore take a long time. It is advisable to do some online research on where you would like to live before you move to Luxembourg.

Have you moved to Luxembourg as an expat? Did you make any mistakes along the way? Share your experiences in the comments.