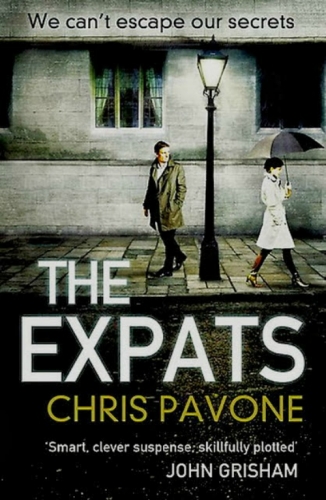 When you’re moving to a new country, it is often advisable to read up as much as you can before you arrive. Of course there are the logistics of moving, such as healthcare, visas and employment to consider; but arguably of equal importance is an idea of how you will fit in to the culture.

There are many expat books out there. But what if you’re not the kind of person who enjoys reading through guidebooks and immersing yourself in the dry facts?Perhaps you should consider reading a novel about the expat experience in your chosen destination instead.

The Expats by Chris Pavone is a great example of a novel that strikes a balance between having a gripping storyline, and giving potential expats a good idea of what they can expect when they move to a new place.

The story centres around Kate, a CIA agent and mother of two who quits her job when her husband Dexter is offered a new position managing security for a bank in Luxembourg. They move there from America and Kate is suddenly thrust into day-to-day life as a full-time mother, in a place where she doesn’t speak the language and knows no one, where she has to try to build a whole new life from scratch.

But of course, things aren’t quite what they seem to be. During her time in the CIA, Kate did some things she now regrets, and as time passes and her new friends Julia and Bill seem increasingly suspicious, she comes to wonder whether her past is catching up with her at last. Isolated from her old life and faced with a whole new country to conquer, Kate has to decide who she can trust, and whether her relationship with her husband will be able to survive the unearthing of some huge and potentially life-shattering secrets.

It’s a good, solid novel that’ll grip you from start to finish. I found the first few chapters slightly confusing – the story jumps around from past to present, and it’s not always obvious where the delineations are – but once I’d become used to the writing style I quickly settled in to the story of Kate and her family on their expat experience.

Pavone does a good job of getting across just how isolating it can feel to be alone in a new country, especially after leaving behind a demanding job and never having had much of a social life outside of work. Kate’s bewilderment at how to make and keep friends is something that many expats will no doubt relate to; working out who you are able to trust and befriend in a new country is never straightforward, even if you’re not ex-CIA!

The increasing loneliness Kate feels even whilst surrounded by her children is another very relatable element. She loves her boys, but her husband’s job is becoming more and more demanding, and she is increasingly left to take care of everything at home on her own. Kate is a classic example of the person who moves abroad for a quieter life, and for the chance to spend more time with the family, only to discover that extended periods of “time off” aren’t as relaxing as she’d expected.

Of course the book has some outlandish elements – Kate, up a building, walking from one windowsill to another to access an apartment – but on the whole it’s a very convincing portrayal of expat life. Even the things she does because of her CIA background are on some level comprehensible to other expats who have left their working lives behind. Kate starts to see opportunities for investigations everywhere, and isn’t sure whether she’s being paranoid or whether there is actually something going on. The specific kind of stir-crazy that happens when you’re surrounded by small children all day, with only the occasional foray into adult company, and even then only really for small talk over coffee, is something that won’t feel alien to any stay-at-home parent, expat or otherwise.

Overall, I’d recommend The Expats as a good introduction to expat life for people who prefer to read something other than the usual drier guidebooks, and for everyone else, just as a solid crime fiction novel.

More information about the author can be found at ChrisPavone.com.